Barbara Keaveney is working on a project seeking to restore the Women’s Pavilion at the Lakeshore Hospital Grounds.

Can you help her find a photo (see details in her message below)? If you can, please contact me through the Preserved Stories website. I am still trying to track down a decent photo of the reconstructed women’s gazebo at Col. Sam. [Colonel Samuel Smith Park].

I have this wonderful view of one of the two original gazebos [see above; you can click on the image to enlarge it], taken circa 1910, and this is the photo that people keep sending me. But the gazebo here was torn down and replaced with a different design, and these are the pieces that are in the Whitlam building. The first gazebos were octagonal, but the replacement one was hexagonal.

Would you be able to send out a request to your members for any photos of the replacement gazebo? Or put a request on your website?

It seems to me that such photos must exist in family photo collections, etc. Any help you could give me in this search would be greatly appreciated!

Twenty-one minutes after I posted this item and sent an email to my distribution list, John Easton contacted me.

John Easton of Long Branch has sent three photos, from around 1945, to Barbara Keaveney. He’s also given me permission, for which we owe thanks, to post them at this website.

John Easton grew up in the Lakehouse, demolished in September 1987, which was the original powerhouse.

The Lakehouse was the original powerhouse for the hospital (circa 1898) located just to the east of the existing powerhouse.

John Easton adds:”The NEW Powerhouse is that building by the skating trail. The original (Lakehouse built circa 1898) was just to the east across the road and immediately south from there.” 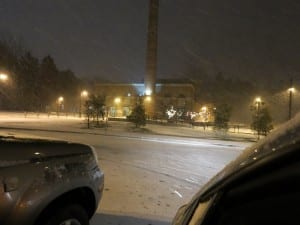 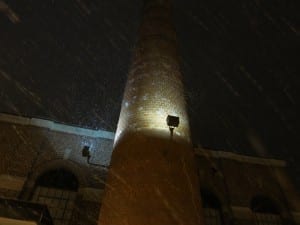 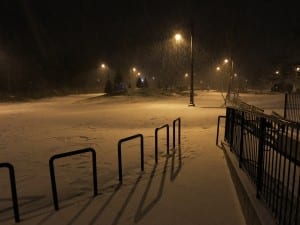 I’m very impressed with the Colonel Samuel Smith Ice Trail. I’ve been skating there many times. The outdoor rink by the powerhouse makes the skating experience similar to outdoor skating experiences, surrounded by fields and trees, that I recall from growing up as a child in Montreal in the 1950s. What a joy it is to be part of such an experience even now.

The rink was developed with input from the public, according to what I have read in The Etobicoke Guardian and elsewhere in recent years regarding the planning process.

That input was taken into account by City of Toronto officials as evidenced in the footprint of the ice trail.

Similarly, input from the public has been taken into account during the planning of the ongoing capital improvements related to Marie Curtis Park.

I have been following the planning process related to the latter park closely, as it is close to where I live and as I have been working for several years on a documentary about the building of Aquaview Condominiums at Forty First Avenue and Lake Shore Blvd. West and the history of the surrounding area including the mouth of Etobicoke Creek.

In both projects, the Office of Ward 6 Councillor Mark Grimes has played a key role in moving the projects forward and in ensuring that interested members of the public have the opportunity to provide input during planning.

Based on my communications with the office over the past year, I can add that Mark Grimes’ Office has also played a key role in initiating the project related to the restoration of the Women’s Pavilion at Colonel Samuel Smith Park.

Recent photos from John Easton, in response to message from Barbara Keaveney

On the third photo from John Easton, in the series below, you can click on the photo to enlarge it. 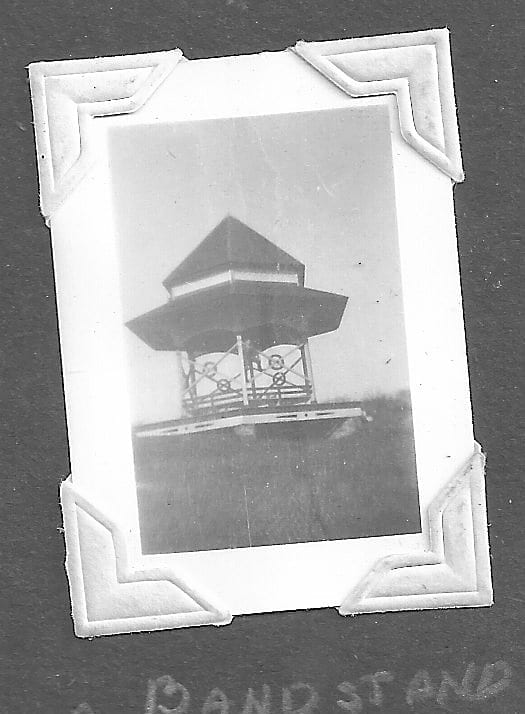 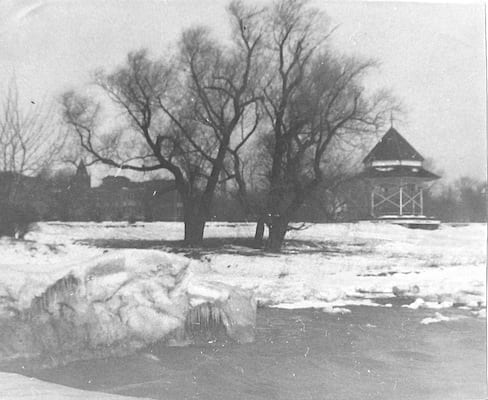 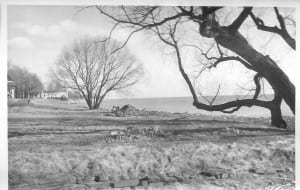 Shoreline with Gazebo, circa 1945. If you click on this particular photo, you can see an enlarged version of it. John Easton photo

I shared this blog post with a friend who lives in Oakville, Ontario. His wife grew up in Long Branch. He remarked how quickly, compared to, the European standards that are in place in Europe, “our local histories are submerged in new waves of social and demographic change. Your Long Branch is vastly different from mine, which is only five decades ‘old.'” He added that his wife and his wife’s siblings “live memories from longer ago than yours and mine still hold a grip on what once was.”

With regard to how Europeans have treated built form, I’m reminded of the comments by Claude Levi-Strauss concerning differences in how historically significant built form has ben viewed in North American as contrasted to European cities.

In the larger scheme of things, the difference in attitudes toward history, between Europe and North America, is of interest, and is also to some extent irrelevant.

The stories are different in some ways, I would argue in the context of a larger conversation, yet in a still larger frame of reference they are part of the same story.

As well I’m reminded that Erving Goffman years ago wrote an overview of asylums that is still frequently cited as a reference.

As Greg Smith (2006) notes in his introduction to Goffman’s work, “The ideas presented in Asylums influenced the process of deinstitutionalization of the mentally ill, and in the 1960s and 1970s many large mental hospitals in North America and Europe closed down or drastically reduced their inpatient population in favour of non-custodial treatments (‘care in the community’)” (p. 76).

Still another book of relevance – especially because the focus is on the ‘insider’ experiences of a particular individual – is The voice inside me: A memoir (2004) by Elizabeth Ikiru. As well, this Jan. 19, 2013 Toronto Star article about a documentary dealing with mental illness is of interest.

Steven High (2003) highlights the Machine in the Garden aesthetic of postwar... Dec. 4, 2012 letter from Etobicoke-Lakeshore MPP Laurel Broten regarding Ontario...
Scroll to top