Police Use of Force: A Global Perspective (2010) – Policing has a relationship to military history 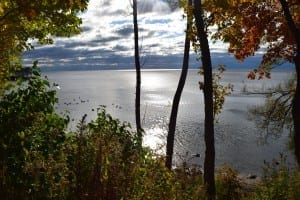 The history of policing has a relationship to military history. Both realms – policing and the conduct of warfare – concern themselves with the management of violence for strategic purposes.

I first became interested in military history when I began reading about the history of police services in the community where I live.

People in their eighties that I have interviewed speak with fondness of the three police officers that they knew in the 1930s when they were growing up in the Village of Long Branch, which is now a neighbourhood in South Etobicoke in Toronto. One of the officers had a blacksmith shop. When another of the them became the chief of police, he moved to a more “desirable” street. In those days that was Thirty Sixth Street, as I recall from my interviews. It may have been called something like “Mortgage Row” because the mortgages would have been substantial, as compared to other streets. 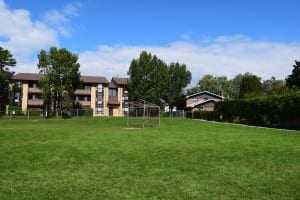 The log cabin built by Colonel Samuel Smith in 1797 was located just in front of the baseball backstop on the school grounds of the former Parkview School in Long Branch (south Etobicoke). Jaan Pill photo

After reading about the history of policing, I began to read about a related topic, military history, which also has a connection – through the history of the British empire and an early settler, Colonel Samuel Smith – to the local community where I live. In 1797, Colonel Smith built a log cabin, to which extensions and siding were added over the years. The cabin was torn down in 1955.

The Series Forward to Police Use of Force: A Global Perspective (2010) notes (p. ix) that the latter text, in the Global Crime and Justice series, fol­lows an earlier title, Human Trafficking, Human Misery [2009], “a book that high­lighted this crime’s international proportions, and the challenge it posed to police who were faced with the problem that often the offenders they appre­hended (illegal immigrants) were also victims (trafficked into prostitution or forced labor). They were both innocent and guilty at the same time.”

The opening paragraph for the Forward notes  (p. xiii) that “The police in any country are given an extraordinary power. They, almost alone, are authorized to lay their hands on people’s bodies and to compel obe­dience, even to the point of inflicting grievous harm and death. In most countries, few others are granted this authority, whether public or private persons.”

Concluding paragraph from Police Use of Force (2010)

“These are the compelling issues that arise when looking at police use of force from a global perspective, as Kuhns and Knutsson and their slate of authors have done in this volume. Published research on police use of force tends to be parochial and ethnocentric. American police and scholars sometimes dominate the debate, with the British not far behind. But there is great variation in use of force, from Jakarta to Jamaica, from Chicago to Shanghai, and the world over. Researchers relish in variation, both describing and explaining it. This volume illustrates the great variety in use of force pol­icy and practice around the world. Let it serve as a rallying call for police researchers to expand their horizons and begin examining this variety, both for the sake of enhancing the content validity of their industry, and to be of more use to governments and NGOs pondering the weighty questions raised about police use of force.”

History of police services in the British empire

An aspect of the book that I found of particular import, given my interest in military history, concerns Irish history (p. 88):

“These boundaries are directly relevant to the police use of guns through­out Britain and Ireland. In 1829 Sir Robert Peel installed professional polic­ing in London along lines that were soon disseminated throughout the Anglo-Saxon world, but this was not his first expedition into policing. Previ­ously, as Chief Secretary for Ireland, he created the ‘Peace Preservation Police’ (Palmer 1988, Ch 6) that was destined to evolve rapidly into an armed paramilitary gendarmerie, eventually becoming the Royal Irish Con­stabulary (RIC), which after partition became the Royal Ulster Constabulary (RUC). It was this latter style of policing that became the model for policing throughout the British Empire (Anderson and Killingly 1991; 1992). Thus, the same coterie of officials under the leadership of the same politi­cian, with much the same vision and facing much the same political oppo­sition, gave birth to two diametrically opposed models of policing. On the mainland of Britain policing aspired to the ‘liberal’ ideal and remained lightly armed, whereas in Ireland (and throughout the Empire) policing was the armed, authoritarian repression of native populations (Ellison and Smyth 2000). The reasons for policing taking such dramatically divergent paths either side of the Irish Sea, lay in who was being policed: on the mainland, the civil population was composed of ‘freeborn Englishmen’ for whom full citizenship beckoned; whereas the majority of the population of the colony of Ireland was composed of a rebellious peasantry to be repressed (Waddington 1999a).”

The article refers to The Modern Mercenary: Private Armies and What They Mean for World Order (2014).

A Jan. 10, 2015 Economist review of the latter study is entitled: “return of the hired gun: How private armies will remake modern warfare.”

“The author fears that the world is entering an era of ‘neomedievalism’ in which the state loses its monopoly of legal force and instead other wealthy groups or individuals fund private military adventures. Africa, in particular, looks ripe for this, he says. He believes America has missed the opportunity to regulate this market properly, but thinks there is still a chance for the United Nations to do so by making private military companies an important part of its peacekeeping operations, something it so far declines to do.

“In the end, though, Mr McFate tends to overstate his case. Private armies may indeed play a role in failed and failing states, but it is unlikely that modern mercenaries will become more important than the standing armies of NATO or China soon. The author’s conclusion that ‘international relations in the 21st century will have more in common with the 12th century than with the 20th’ sounds like an exaggeration. Yet the worrying trends he describes make this book a powerful call to arms to those who do not want a world awash with mercenaries.”

Public relations professionals play a key role in storytelling. Their work relates to the concept of role play as an element of storytelling. With regard to the power of public relations, A Feb. 9, 2017 Columbia Journalism Review (@CJR on Twitter) article is entitled: “PR flacks may be the media’s secret weapon against Trump.”

In standard usage, gentrification is a limited concept; the underlying process... Alice Munro describes drumlins and other physiographic features of Southern...
Scroll to top