Breathing for speech entails the voicing of a suitable number of syllables, with each outward (expiratory) breath which leaves our lungs

In a previous post, I’ve shared a few thoughts about the fact that, thirty-five years ago, I learned fluency as a second language. At the current post, I continue with more reflections.

There was a time in my life when, sometimes, I found the “H” sound impossible to say. If I had to say certain words, the words could not be said; instead, I would be left speechless. I was, in those moments, effectively mute – without the capacity to speak.

So, if I had to say words beginning with “H,” such as “house,” “horse,” or “hello,” there were times I could not say them. A memory from my late teens or early twenties has stayed with me. One day, I wanted to speak to somebody (who it was I wanted to speak to, I do not know). I picked up the phone – it was a landline phone, before the days of wireless handsets and smartphones – meaning to speak to this person, whoever the person was. I tried to say hello; after about 30 seconds or however long that I was trying to say the word, I gave up and hung up the phone, without having said anything. It’s an experience I’ve never forgotten. 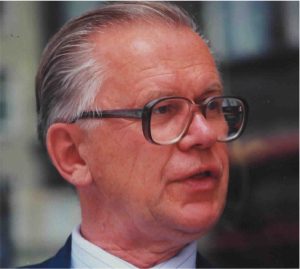 Years later – many years later – I figured out what’s involved, when a person seeks to say such words, the words that start with the “H” sound. It’s very simple. As you breath out, you gently initiate voicing, focusing on the vowel that comes after the “H,” and the word comes out smoothly.

What’s involved in this case, as in all cases of speech production, is the simple matter (simple for most speakers; not so simple in cases, such as mine, years ago) of breathing for speech. At the ISTAR (Institute for Stuttering Treatment and Research: a long title, but a catchy acronym, nonetheless) in Edmonton in July 1987, I achieved competence – in fact, I achieved mastery – in the everyday task of breathing for speech. I’ve described the process in a 1988 Journal of Fluency Disorders article as described at a previous post. 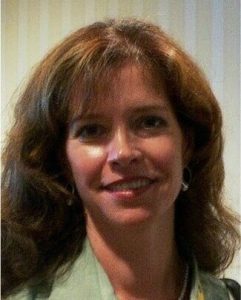 I’m pleased I wrote the article, because it was based on contemporaneous notes of what I was learning at the time, thirty-five years ago. If I did not have the article to refer to now, I would not have been able to picture, these many years later, the details that the article helpfully documents. [2]

The story, by way of summary, is as follows. At the ISTAR clinic I learned of the concept of breathing for speech – one of about half a dozen interrelated concepts that I learned, at the clinic – which involves working with the expiratory breaths that are involved in the voicing of words. In speaking of an expiratory breath, I refer to the act of breathing out. 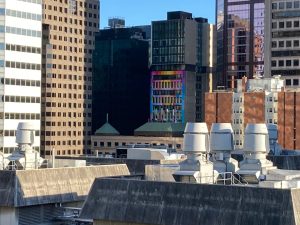 On May 29, 2022, I gave a talk on Einer Boberg’s contribution to the self-help movement. The talk was at the Joint World Congress on Stuttering and Cluttering, which took place at a building (Centre Mont-Royal) close to the brightly coloured hotel seen in this photo taken from the Royal Victoria College student residence where I stayed during my visit to Montreal. Jaan Pill photo

With regard to the structure of each outgoing breath, clients at the three-week clinic (there were maybe a dozen, or a bit less than a dozen, of us) would be taught to think of using each expiratory breath to string together a number of syllables – syllables which are all linked together, as if they formed one long word. Each such grouping of syllables constitutes a breath group.

A group of clinicians, working in alignment with a rotating schedule, worked over a period of three weeks with each of the clients at the July 1987 clinic. Initially, my own breath groups were too long. I was packing in too many syllables for each outward breath. When that happens, a person starts breathing, at the end of the outward breath, on residual air. When we try to speak on residual air, the air has already been pretty much emptied out of our lungs, and we make an extra effort to force out just a little more air, so that we can sound out just a few more syllables. 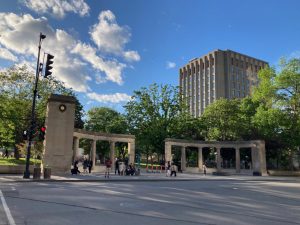 The Centre Mont-Royal, where the Joint World Congress on Stuttering and Cluttering was held in May 2022, is close to the entrance gates to McGill University on Sherbrooke Street in Montreal. Jaan Pill photo

Such an effort means the muscles involved with breathing out are brought into play with an extra effort, which entails a level of muscle tension that does not feel comfortable and that interferes with the relaxed rhythms of standard forms of breathing. As it happened, I had many years of experience in attempting to speak on residual air; it was in years past an inherent element in my ongoing struggle to get the words out, with each sentence that I was attempting to speak.

Not too long, not to short: the breath group of just the right length

Early on at the clinic, I was instructed to make my breath groups a little shorter. I made then shorter, but I went too far in the opposite direction. I was now packing in too few syllables into each outward breath. As a result, there was an audible gasping for air as I was speaking.

Finally, a clinician sat with me outdoors, in a park outside the clinic. She stopped for a minute, and demonstrated for me how she breathes as she is speaking. From that demonstration, I figured out exactly how long I should make my breath groups. From that point on, I knew how to proceed as I was speaking, and the rest of my three-week stay at the clinic was smooth sailing.

For many years after my visit to Edmonton, I practised my fluency skills every day, as I’ve explained in journal articles and presentations (one of which has been posted online as a Vimeo video). [1]

During the years after the July 1987 clinic, I also recorded my speech in varied situations, and analyzed two-minute segments, to make sure I was applying my speaking skills correctly.

On rare occasions, in the years after 1987, my speech would momentarily tighten up. In each case, however, having received good instruction about such matters at the Edmonton clinic, I knew exactly what to do to get my breathing for speech back on track, and I have continued on with my smooth sailing.

Over the years, I’ve continued to work in a systematic way on my presentation skills, as many public speakers are inclined to do, in order to continue to get better at this craft. My capability as a public speaker has continued to improve from year to year, as I gain experience and learn new and better ways to connect with an audience.

Learning of fluency skills frowned upon in some circles

It’s a feature of the self-help movement that the learning of fluency skills, as a way to deal with stuttering, is frowned upon by many people who stutter, whose encounters with speech therapy have differed from my own. What has often been different, from what I can gather, for many other people who stutter involves (a) the type of speech therapy they’ve encountered, and (b) the level of satisfaction with long-term outcomes.

What has worked for me may or may not work for other people who stutter. Each of us must find out own way.

People that I speak with about my encounters with speech therapy sometimes ask, “Are you still a person who stutters?” I always answer, “Yes, I still am.” On rare occasions, I still slightly tighten up in my speech, but when that happens (it may happen, perhaps, once or twice in a decade, maybe less), I know exactly what to do, to get back to my ongoing demonstration of fluency as a second language.

‘Just go ahead and stutter’ would not have worked for me

By way of summing up, I can say that years ago, when I could not say words starting with the “H” sound, I was not in a position to have responded in a meaningful or productive way to the injunction that says: “Forget about fluency skills; just go ahead and stutter openly.”

That’s where I was starting from. I stuttered severely in my early years. Eventually, I found my way. What I describe is one person’s way of finding a way forward. Given where I was coming from, I chose fluency as a second language; this is the route that worked for me.

I worked hard. And, yet, hard work by itself would have meant nothing. Along with my capacity to work at it, I had the benefit of individualized instruction, at a first-rate speech clinic. The instruction was focused on breathing for speech and many other things associated with everyday speech, of a kind that comes naturally for nonstuttering speakers.

With help from the ISTAR clinic, I also developed an individualized approach – an approach that would work, given my individual requirements – for the generalization and consolidation of my speaking skills, in the years after my visit to Edmonton. I worked on the consolidation process on a daily basis for four years and four months. The sailing has been smooth in the years that have followed. I’m no longer stuck in the snow in the middle of the winter, somewhere in the Canadian landscape. I can drive forward or back. I can get back on the road again and travel any place I want.

The pursuit of fluency as a goal is often frowned upon, in the stuttering self-help... Enjoyable, informal vintage car show took place in Stratford on June 10, 2022...
Scroll to top