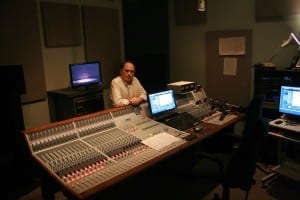 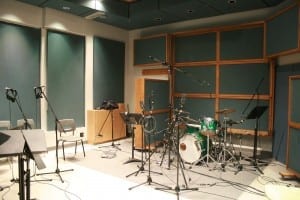 We owe thanks to Tim Hewlings (MCHS 63, see photo on left) for sharing this recording of the Malcolm Campbell High School song with us.

Tim Hewlings was with a 1960s band called the Sceptres, who’ve recently released their first album.

You can access the mp3 version of the song here:

You can also access the WAV version of the song. This is a larger file. The quality of the WAV file is higher than the mp3:

To get full enjoyment from the recording, it’s a great idea to listen with a good set of earphones or good quality speakers. The speakers on a typical laptop aren’t going to do justice to the music. The sound quality on a smartphone might be pretty good – that’s also a fun way to listen to the song. 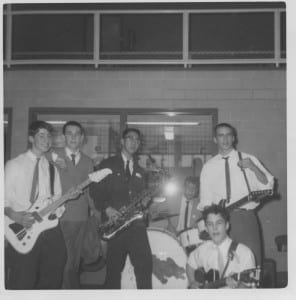 A photo from 1960 or 1961 shared by Tim Hewlings. Left to right: Peter Van Toorn, Mike Rosberry, Charles Tsaing, Steve Truax, Kent Bawn, and Tim Hewlings down in front. Notes Tim: “I think we played for a ‘sock hop.'”

“It was recorded in the studio I operated at UQAM. There were about 12 or 15 people involved. I believe Peter Mearns played the piano. You should check with him. [I did check: Yes, it was Peter Mearns on the piano.] As far as singers on the thing, I think Leslie and Bob Carswell were there, Susan Holmes and maybe Janet Hardcastle. Peter might remember some others.” [Also Laurie Kingdom. See comment below.]

Where Have All the Flowers Gone? Pete Seeger – Sanga Music Inc –... “The entire existence of Canadian English is due to three of the most...
Scroll to top