Focus and discipline in the face of adversity

The following text is by Bob Carswell; the text originated as a Comment at an earlier post entitled: 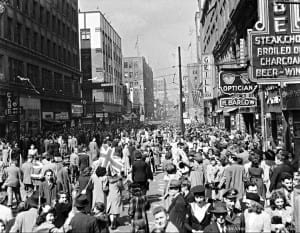 The End of the War on St. Catherine Street in Montreal, 1945.. This is an archival image, the exact details of which are unknown to me. See text at lower right of photo. You can enlarge the photo by clicking on it. 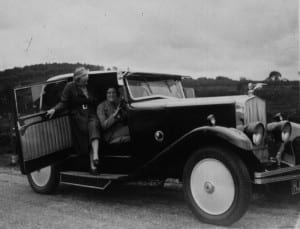 When you grow up with someone in your life that keeps turning up like Graeme Decarie has done over a lot of years and then in print via SGWU alumni magazine, it is not surprising that we also share certain values in common. I too went to the High School of Montreal for two runs at Grade Eight and one at Grade Nine but I was always too timid to skip class.

Later in life I found out that I am not a listener but rather a person who gains knowledge almost entirely through his eyes. Like Graeme, I also spent a few weeks over the summer at Camp Tamaracouta for a number of years so I can easily identify with the story contents. I completed my Queen Scout badge in 1960 and went to Quebec City to be presented with it by the Lieutenant-Governor of Quebec. 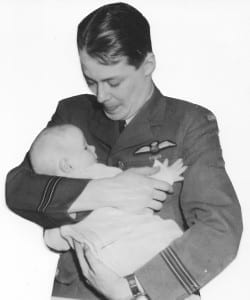 Like Graeme, I also have a connect with the Governor General Harold Alexander, The Viscount Alexander of Tunis. A pair of twins who flew 40 operations or more during WW II in bombers over Europe and survived the war went on to do other things in the RCAF after the war. They were both awarded the Distinguished Flying Cross (DFC) and later added a bar to it (a second DFC).

One of them, Allen Sherlock, became the military attache to the Viscount of Tunis right after the war. It was in 1941 that my father recommended these two sergeant pilots (4 years his senior) for their officer’s commission in the RAF. They were part of the flight he commanded at RAF Wigtown in Scotland (where he met my mother). The twins also attended my parents’ wedding in Croydon, England. 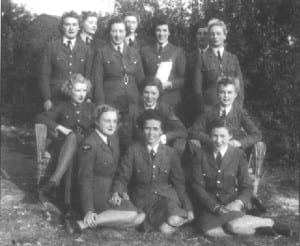 As far as Royalty is concerned I cannot say I have met any however my father went to Lakefield College up near Peterborough, Ontario where the Queen’s son spent two terms. In 1941 a member of the extended Royal Family who my father befriended worked as a corporal running the RAF Hatfield station library. He quietly arranged for a photographer to take Dad’s grad photo as a pilot. Dad then found out that the same individual was the official photographer to the Royal Family.

I also remember as a youngster standing out on Laurentian Blvd in Cartierville and waving a flag at the princess and her husband when she toured the City of Montreal sitting in the back of a convertible back in the early 1950s. I have also stood outside of Buckingham Palace and I have toured the Tower of London. 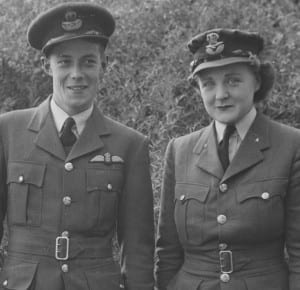 That was back in 1970. According to our blood lines we are actually descended from the early Stuart kings, are related by marriage to Lucy Maud Montgomery and to Sir Walter Scott, famous Scottish writer of the early 1800s. The seat of the Errington line from which I am descended is Hexham Castle and it is through them that the family line is supposed to go back to Royalty.

Initially, Scottish kings, they also ruled England for 6 generations until the line ended in the late 1600s. My grandfather and I were born in England and came to Canada.. My father and son were born in Canada and went to England. Since graduating from the London School of Business with an MBA, my son settled in London where he lives and contracts himself out, previously and currently to the British High Commission. 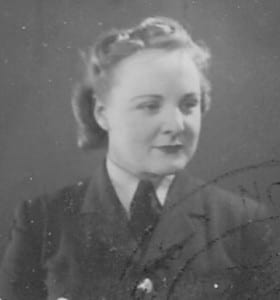 His grandfather on his mother’s side was an Air Commodore in the RAF and head of eye medicine for the Air Force. A medical doctor with long service around the world, he was an honorary physician to the Queen with numerous other honours to his name.

I think I am a throwback to the original KERRs which play prominently in our name creation but from which I am also descended on my KERR line that arrived in Montreal in 1822 from Scotland. I am the only left-handed person in the family and this is a natural trait of the KERRs who even built their castle stairways in the reverse to suit their personal needs. Graeme Decarie has a love for New Brunswick and I can understand why having spent a lot of time travelling and camping down east at different times. 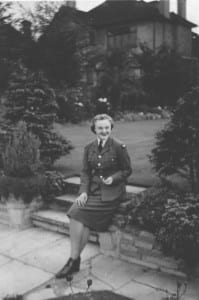 Unfortunately, I am banned from driving in NB anymore because I got caught in a speed trap doing 140 in a 120 zone and promptly lost the ticket. When they notified me of it and banned me from driving for life in NB I consciously chose not to pay it and finally fifteen years later I got a request from the RCMP to pay up…..too late….too much and probably too bad. Unless the laws change, that will stay the way it is. At least I got my daughter settled in to Acadia University and made it home before I was banned from driving in NB….so never fear, Graeme, I won’t be coming for a visit.

List of captions from Bob Carswell, for the photos that he has sent 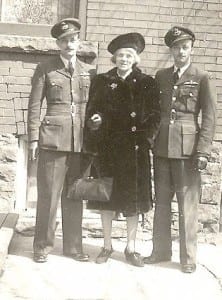 3) My mother as a raw recruit at age 20 headed for RAF Biggin Hill where she lived through the entire battle of Britain in 1940 surviving a direct 500-lb bomb hit on the Ops Building.

4) Paddy Leonard at home in Croydon.

5) Pat Leonard at age 15 with her stepmother in the family car, a 1935 Whatsit as I call it. Seven were custom built for a Maharajah in India but only five were shipped. My grandfather had to have it.

6) The “Glamour Watch as they came to be known locally at RAF Biggin Hill. Published in the book “Ghosts of Biggin Hill” published in England.

8) The Sherlock twins on a visit home with their mother.

Having the list is very helpful, Bob. It makes it so much easier, than otherwise would be the case, for me to post the photos along with the captions.