The Mississauga meme has been: “No Tall Towers on the Lake” – will the meme survive?

This post concerns a well-attended community meeting, featuring many lively discussions, held at the Waterside Inn in Port Credit on Nov. 21, 2017.

The meeting concerned the next steps for redevelopment of a stretch of Port Credit waterfront.

A meme can be defined as an idea, behaviour, or style that spreads from person to person within a culture. I’m using a definition that I came across at an article highlighted at a previous post dated Jan. 13, 2014.

The community meeting on Nov. 21, 2017 in Port Credit was concerned with redevelopment of the former Imperial Oil Lands at 70 Mississauga Road South.

As is noted at the City of Mississauga website, West Village Partners, the new owners of 70 Mississauga Road South, have prepared a draft master plan for the site. 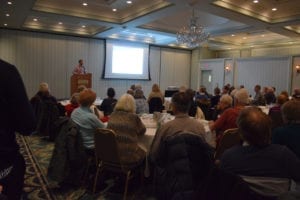 I attended the above-noted meeting, as well as the subsequent community meeting that was held, regarding a draft master plan, on Nov. 21, 2017.

I recorded parts of both meetings and a long way down the road, I may get around to writing about the ongoing planning process in more detail.

The level of involvement, by the local Port Credit community, is most impressive.

That stands in contrast to other communities where, in my experience, rhetoric and reality are at times very far apart, at the end of the day when outcomes can be assessed. 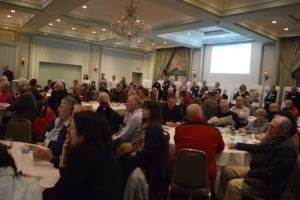 The Mississauga meme has been: “No Tall Towers on the Lake” – will the meme survive the passage of the years?

Secondly, it has occurred to me that much of life, including political life, involves memes.

A standard meme in Mississauga, which I have shared at previous posts, is that politicians such as Ward 1 Councillor Jim Tovey and former mayor Hazel McCallion have often remarked that it’s characteristic of Toronto that you see a wall of tall condos facing Lake Ontario.

The corollary is that, in Mississauga, there are no tall towers on the Mississauga waterfront – and no plans to so place them, in the future.

The meme has, as I understand, become a point of pride among many residents of Mississauga.

As it happened, however, the June 8, 2017 meeting included a proposal to situate at least one tall condo at the waterfront.

That detail, at the meeting, really caught my attention.

My first thought was, “How could this be?”

I wondered, “How will the previous, great meme be retired from service? What alternative meme will be launched, in order to differentiate the City of Mississauga from the City of Toronto?

At the Nov. 21, 2017 meeting, one of the slides showed what the community consultations, in the prior years of community meetings, had arrived at, with regard to the proposed built form for the former former Imperial Oil Lands at 70 Mississauga Road South.

What you saw in the original concept was a cluster of medium-rise buildings located in the central area of a stretch of land extending from Lake Ontario to Lakeshore Road West. By the water, what you saw was a few slightly taller – but not overwhelmingly tall – buildings.

The concept presented by West Village Partners on Nov. 21, 2017, in contrast, had low-rise buildings in the centre of the stretch of land and a grouping of high-rise buildings (with one building at 26 storeys) very close to the lake.

That is to say, and these are my words, “Bye, Bye, Mississauga Meme.” 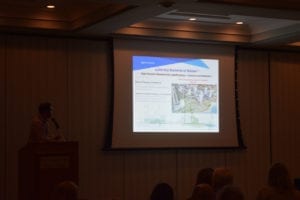 Nov. 21, 2017 Port Credit community meeting concerned with development of former Imperial Oil Lands at 70 Mississauga Road South. The image at the bottom of the slide shows a cluster of tall buildings next to the shoreline of Lake Ontario. Jaan Pill photo. Click on the image to enlarge it; click again to enlarge it further.

Not all tables summed up what they had discussed

For the past 40 years, I’ve been attending meetings, where people break into small groups, discuss a given topic for a specified period of time, and then arrange for a spokesperson from each group to report back to the group as a whole.

At the Nov. 21, 2017 meeting, I observed something that I have not observed before.

A number of tables declined to make a report to the group as a whole.

I wondered how this could happen.

I would speculate that the turnout at the meeting was so large, that some people simply did not wish to speak.

Or it may have been the case that at the start of the reports from the tables, it had been announced that the sharing of discussion topic, from each table, was optional.

I would not know. I missed the start of the reports from the tables, as I went for a walk during the 45 minutes that the table discussions proceeded.

At any rate, the written comments in the workbooks, which are part of the consultation process, are the key sources of input.

That is to say, if a table did not speak out, to share their conclusions with the meeting at large, their input would still be factored in, by way of written comments.

I also noted that some of the speakers appeared to be promoting their own personal views, in contrast to focusing on a report summing up all of the views from a given table.

I recall, from a conference I attended years ago (in Banff, Alberta in August 1991), that one way to counter this tendency is for a facilitator to note, at the beginning of a discussion session, that sometimes it’s a great idea for a table to choose, as a spokesperson, a speaker who is not the most vocal person in the group.

That’s just a note in passing. The point is, that what a facilitator says, at the start of a table discussion, can have a huge impact on how the process is structured.

Another note in passing is that, in many table discussions, that I’ve attended, a planner or similar professional acts as a resource or facilitator, at each table. As a last resort, I think it would be a great idea if such a person were to act as a spokesperson, for a given table – especially in the case of a super large meeting, where no-one else at a table wants to engage in the act of public speaking.

Comments from the tables

The sound system at the meeting room at the Wayside Inn worked well. About the only problem was that, when the portable mic was held too close to a speaker’s mouth, there was a loss of intelligibility due to sound distortion. However, people figured out pretty quickly what the ideal distance from the mic was.

What follows is the first part  of an overview of the reports, based on my notes.

I may have missed a report or two, at the very beginning of the reports. As well as taking notes, I also recorded the speakers, but do not have time to check the recordings, as I write this overview.

At the point where I came in, a spokesperson was saying that, in her opinion, public parks should not have BBQs. She also said it was great to have taller buildings closer to the lake. They have, she noted, great views of the lake. She also said she would refer not to have stacked townhouses in the middle of the land, and added that schools for children would need to be addressed.

As I understand, traffic issues were not to be discussed, at this meeting

A second spokesperson said, “Everybody at our table wanted to talk about traffic issues,” despite the fact that the instructions, at the onset of the discussion, specified that traffic issues were not to be discussed.

The speaker also said that the table in question felt the Port Credit Heritage Conservation District should be isolated from the new development.

As well, he expressed the hope that the Waterfront Trail would be retained, as it serves a useful purpose, in particular for Cranberry Cove residents.

The spokesperson also said there was a concern about the number of condos that were mingled in the proposed campus area, but he added that the campus concept is, in itself, a good one.

Next speaker was not happy

The next speaker said he was not happy with the West Village Partners proposal.

He said: No Inspiration. No Vision.

He said the land in question is too valuable to throw away on knee-jerk design. He recommended an international design competition to design a park.

He said a ratio of 40 percent park and 60 percent residential would be good, rather than what was currently proposed.

He also objected to underground parking, and suggested that there be a Metrolinx link to the development.

The next speaker spoke of his table’s dislike of the high towers in the proposal, as well as their proximity to the lake, and to the big move away from the original plan.

[That’s a paraphrase of what was said.]

He added it would be important for Non-West Village residents to feel welcome at the development. He spoke in support of integration “so we don’t have segregated neighbourhoods.”

He also referred, if I have this correct from my notes, to the scarcity of park land in the proposal.