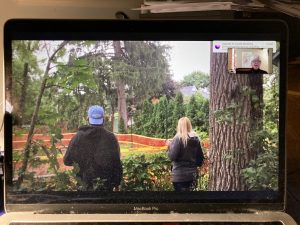 The LBNA supports the motion put forward by Councillors Colle and Filion for City Council to request the province introduce a Home Speculation and Home Flipping Tax to help stop the extreme increases in home prices driven by land speculators and home flippers in Toronto.

Long Branch was chosen as one of two pilot neighbourhoods because of infill and redevelopment occurring at a rate more significant than that of other neighbourhoods in the City – driven primarily by land speculators and home flippers. The Long Branch Neighbourhood Character Guidelines were invested in by the City, approved by City Council in January 2018, and are now being recognized as a valuable tool in development decision making.

We do not support what is before Council for Garden Suites. Evidence is accumulating to show that Garden suites plus lack of control on land speculation will risk changing neighbourhoods from being resident owner occupied to being investor owned. Already Investors represent the largest home buying group in Toronto and Ontario, surpassing first-time home buyers. (Teranet Market Insights Q4 2021). We are already seeing the impact of this in the mix of ownership on certain streets in our community.

Through consultation and discussions with residents and our members, it has become clear to us how few people are aware of the scale and size of Garden Suites due to the images provided throughout the public communications that do not show backyard houses that are 1,938 sq ft (2 storeys and a full basement) which could be build “as-of-right” if this is approved.

“Garden” – implies there will be a garden after one of these backyard houses is built. The reality is that there will be very little room left in the majority of backyards once a 650 square foot base is built “as-of-right” along with walkways and no space for bushes, trees and shrubs given the insufficient side yard set backs on the sides and rear to provide a green landscaping buffer. Prior to the pandemic, Long Branch hosted an Annual free Garden Tour – estimated to be the largest free garden tour in Canada – and we are hoping to resume that again shortly.

“Suite” – implies small and affordable which is the stated objective of the provincial policy that is driving this. We have now been told that Toronto’s Garden Suites will not be affordable but rather “market based” which in our understanding will be in the range or $3,200 – $4,500 a month or more with a direct view into the neighbours’ bedrooms and backyards.

Garden Suites are compared to Laneway Suites throughout the reports that are before Council. However, Laneway Suites are typically built where there is an existing garage contrary to Garden Suites where there are existing trees. We support the additions to the framework to strengthen tree protection for the COA and consent applications, however, remain very concerned as there is no tree protection provided for “as-of-right” development under Municipal Code Chapter 813.

With the current Toronto tree protection by-laws, from 2009 – 2018, Long Branch lost 56% of our tree canopy on redeveloped lots and lost 24% tree canopy on adjacent properties1. Garden Suites “as-of-right” will further devastate our tree canopy and destroy the vast majority of the 3,000 plus trees we have distributed through Toronto’s Neighbourhood Free Tree giveaway programs over the last few years. Garden Suites will work against the goal of 40% Canopy.

We hope that as City Councillors you agree that a “one size fits all” approach is not appropriate for the introduction of Garden Suites in Toronto.

The LBNA continues to have major concerns with the proposed Garden Suites
By-laws and Official Plan Amendments.

We therefore request that Council:

1. Defer this proposal for Garden Suites as the next step to slow down out-of-control hyper escalation of prices

2. Request a more customized approach to size, scale, set backs and locations that will be more sensitive to existing neighbourhood context and that will address the gap in our housing market to provide more affordable housing

3. Remove the as-of-right condition and put in place effective tree protection so that no healthy, protected tree is injured or removed as a result of the addition of a Garden Suite.

At the HealthyDebate website, I’ve found a powerful rebuttal to a lengthy... What takes place in Europe now underlines the continuity of history going back...
Scroll to top