On that subject, and regarding Saraguay, Graeme Decarie has shared with us the following comments:

I’ll take a look for the trapper. I know it’s somewhere within reach of where I’m sitting. 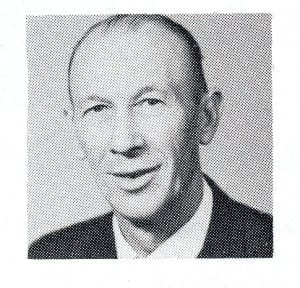 I should have mentioned I once saw Vic Aleslev who taught at MCHS. It was a long time ago – the late 1970s, and just for a minute or so. He was with his daughter Lis or Liz who I taught in grade seven. I think she also went to MCHS, but I’m not sure. She looked stunningly sophisticated and a real blonde, Nordic beauty.

I have tried hard to remember how we got to Saraguay in its forest days. I was very young.

I think we must have taken the 17 streetcar (how wonderful to stand at the back of it with the window open, and looking out to the track narrowing and disappearing.)

We got off at the end of the line and, I think, walked along Gouin to a path that led through the forest, along a creek and past the polo field. Continuing, we would come to a very simply, country road, turn left, and walk a long way to the edge of what was Cartierville airport. Then we turned left following the border of the airport with just one, thin row of houses on the other side of the road. At the end of the airfield was a small factory labelled Noorduyn where, I guess, they made the Norseman.

The last time I did that was a very cold winter day about 1948. It was still pure forest, then.

Mindfulness stands in contrast to mindlessness Peter Halliday has shared some great links related to Raimbault Creek and other...
Scroll to top