Bob Carswell and Jaan Pill attended the April 24, 2015 Toronto premiere of “Stay Awhile”; it was a great occasion:

Stay Awhile – April 24, 2015 Toronto premiere of documentary about The Bells

Additional posts mentioning Jacki Ralph can be found at this link. 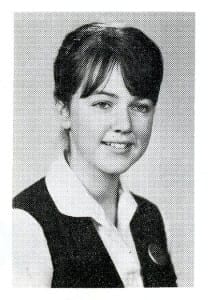 I’m pleased to share with you the following earlier update from Bob Carswell, who has been in touch with Jacki Ralph-Jamieson recently:

“Hey Jaan, Here is something to promote. On Friday, April 24th at the Bloor Hot Docs Theatre, a documentary film produced by Jacki’s niece will be shown. It is titled STAY AWHILE. Ticket costs are $17 per person and the whole family, including Jacki will be there. Like me she has now hit 70 so time is moving on for her too.
Cheers
Bob”

I’ve recently been working on the minutes for the Nov. 26, 2014 meeting in Kitchener of the MCHS 60s Reunion and Celebration and the 60s, where we had a brief discussion about the Montreal music group the Bells.

I did an online search, to make sure I had the spelling of the group right, and came across a great article in the Toronto Star, dated Nov. 26, 2014, entitled: “Stay Awhile: daughter makes doc about family band the Bells.‘

Documentary about The Bells

“The documentary Stay Awhile covers familiar pop band mythology in its story of the rise of early 1970s Canadian supergroup the Bells: the unexpected rush to fame, pressures, jealousy and breakups — both professional and personal.

“Except Stay Awhile, which has its world premiere at the Whistler Film Festival Dec. 6, is also the story of Toronto filmmaker Jessica Edwards’ childhood.

“Her father, Cliff Edwards, mom Ann Edwards and aunt Jacki Ralph-Jamieson, Ann’s sister, all of whom take part in the documentary, were the group’s three lead singers.

“It’s a nostalgic look at a simpler time in pop music, told through the story of the soft-rock band whose most famous hit, the bedroom ballad “Stay Awhile,” featured a tremulous Jacki Ralph half-whispering, ‘how he makes me quiver . . .'” 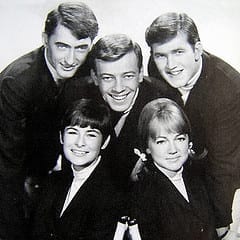 The Bells. We owe thanks to Bob Carswell for locating this image for us.

You can watch The Bells – Stay Awhile 1973 (Full Album) on YouTube.

I remember Jacki Ralph from the days she was a student at Malcolm Campbell High School. At our Nov. 26, 2014 60s Reunion meeting in Kitchener, Lynn Legge (Hennebury) mentioned that in the 60s when she used to go skiing at Mont Saint-Sauveur, “9 days out of 10,” the Bells would be performing at the Inn at Saint-Sauveur.

“That would be a group,” Lynn commented at our meeting, “that people would remember, because anybody who went up north skiing, always went to the Inn, and the Bells played there 9 days out of 10.”

An additional reference to the Bells – or is it The Bells?; I’ve been going with the Bells because that’s the spelling in the Toronto Star article – can be found at a previous post:

Jacki’s sitting in a daze
And her face is all a-blaze.
Why’s her mind in such a blurr?
She’s just come back from St. Sauveur!

“Well, you know . . .” is one of Jacki’s favourite expressions. She is another of 310’s English “blokes” and has been in Canada a little over three years. It is easy to tell the land of her birth from her accent! Jacki has her sights set on a career as a Physical Edu­cation instructor; as her activities in sports indicate, she will have no difficulty in that department! Jacki is also part of the Ray Mart Trio, which is fast gaining fame in St. Laurent, and we wish her success in the future. Her sporting activities read like a book on the subject: Volleyball League 61-62, Basketball 60- 61, School Team Volleyball 60-62, Track and Field 60-61, Tennis 60-62, Prefect 60-62, Carrier Staff 61-62, Class Captain of the White House 61-62, Ski Club 61-62.

An article highlighting Jacki Ralph-Jamieson’s Order of Canada award can be accessed here. The article notes: “Jacki Ralph Jamieson of North Vancouver, a three-time cancer survivor, has raised more than $800,000 for breast cancer research with In Between Dances, a CD featuring Canadian female vocalists.”

The nation-state circa 1950 is described as unencumbered by international obligations,... The Meaning of Human Existence (2014)
Scroll to top