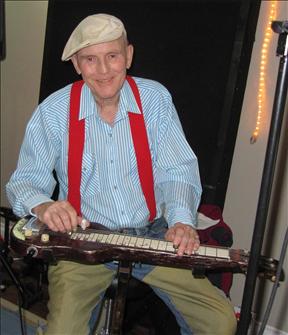 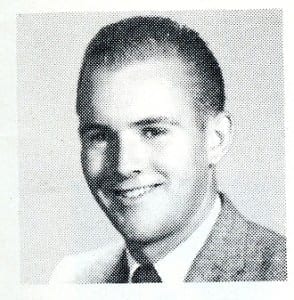 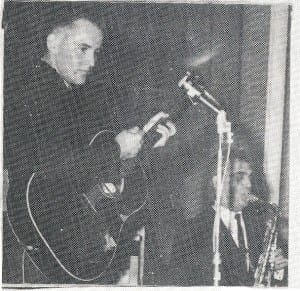 “Bob Hill died yesterday. He was pretty despondent last time we wrote. He spoke of ‘health issues’. In fact, he’s been unwell for a good, ten years, mostly because of cancer.

I was sorry to hear it. We were pretty good friends, partly because each of us had a lot of trust and confidence in the other – though both of us were too busy to see each other most of the time.

“He was an excellent teacher.”

Remembering the Richard Riot in song

A March 17, 2015 CBC article is entitled: “Remembering the Richard Riot in song: Bob Hill wrote a song about Maurice Richard the night of the riot that became a smash [hit].” The article includes a link to an online video featuring Bob Hill.

Bobby Hill was a pioneer of Canadian country music on radio, television and in live performance throughout the 1950s and 1960s. In 1955, he wrote and recorded “The Ballad of Rocket Richard” following the Forum Hockey Riot.

Hill went on to achieve recognition as a performer of Jewish folk music, performed in seniors residences and hospitals for more than three decades. On Monday nights, he regularly performed on steel guitar at the Wheel Club in NDG.

Robert received a PhD with Great Distinction in History from McGill University in 1970, writing his thesis (and later a book) on Robert Sellar, the editor of the Huntingdon Gleaner newspaper. Hill taught History at the high school and CEGEP levels for over thirty years.

A long time resident of NDG, Hill led a one-man crusade to keep the neighbourhood clean by the simple act of picking up trash in the streets and lanes around his home, a campaign which was recognized by the Borough of CDN/NDG with a Certificate of Merit.

The Funeral Procession will depart Montreal at 11:00 a.m. Saturday, June 27 to the Hillside Cemetery, Hinchinbrooke (near Huntingdon) Quebec, where the Funeral will be held.

Remembrances of Bob Hill at legacy.com can be accessed here.

Among the remembrances is one (June 26, 2015) from Mary Lynne Dewhurst (MCHS 64) of Scarborough, Ontario:

“I’m sad to hear of Mr. Hill’s death. He was my homeroom teacher 62/63 and much beloved by his students. I saw him most recently performing at the Wheel club and was amazed at his stamina.”

Message from Scott Munro and other MCHS students

If it’s possible, would you be able to pass along to Bob Hill the following message from Scott Munro (MCHS 63):

“He taught us grade 10 history, the focus being American history and World history. His detailing of the American governmental system, and reasoned observations on China are items that remain firmly in mind to this day, as though I can still recall him speaking to us in class. His course was an eye opener for me, and I would just like him to know that, so please forward my remarks to him. I also remember him bringing his guitar to class, singing ‘Gordie Howe was the greatest of them all’. He didn’t impress me quite as much with that one because I was a dyed in the wool Maurice Richard, Jean Beliveau fan but I’ve driven through Floral, SK, so I understand.”

Can you pleases extend a hello and “all the best to you, Bob Hill” from me as well.