Having moved to Stratford, home of the Stratford Festival of Canada, from time to time I look at things from the perspective of drama, role play, dramaturgy, and fiction.

What characters and personas come to mind when as a former Toronto resident I look at life from a dramaturgical perspective? The link in the previous sentence refers to a definition of personas in the context of user-experience design. A more general definition can be accessed here. Below are a few personas (in the general meaning of the term) that come to mind when I look at land-use planning issues in south Etobicoke, where I lived from 1997 to 2018:

This is a persona or character type in a category of people who own an old house in Toronto. It may have been owned a long time, or has been purchased more recently. The expenses are daunting. There are old houses all around with lots of room around them.  “What can I do?” asks the owner. 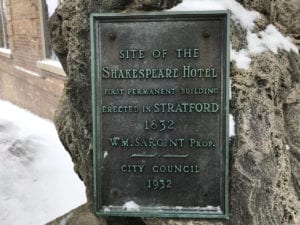 The persona who understands data analysis

Some people understand that quantitative analysis of qualitative aspects of reality is available for each of us, if we have the requisite human capital to proceed. Residents adept at such analysis are rare; they possess a high level of human capital, and are a source of tremendous inspiration for me.

The persona (character type) whose capacity for human agency is awesome or limited, as the case may be

The persona – character type – who has traction is going to have a sense – based on personal capabilities, education, and experience in the wider world – of the wider picture. Without that, what I observe is a spinning of the wheels. 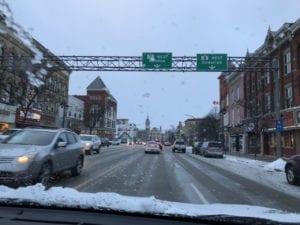 Each of us is on a continuum, from a low to high level of human agency, with regard to any topic or issue. Agency expresses itself in a wide range of ways, depending on circumstances, and surprises in how agency manifests itself are not uncommon. Whatever our level of human agency, each of us has a role to play. We are all performers and the world is, indeed, our stage.

Lot-split / overbuilding enthusiasts – as well as opponents – are at times concerned about air traffic noise. A persona or character type in favour of lot splitting and overbuilding can explain how to push a project through the committee of adjustment, in the face of opposition from fellow residents. The same character type may also be very concerned about the effect that air traffic noise has on her or his quality of life.

Google Maps can sometimes be misleading 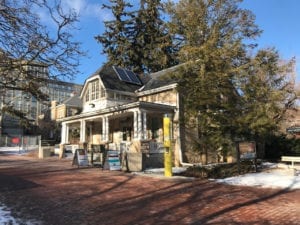 I visited the Guelph University bookstore a while back, and found it of interest to see the books on display.

It turned out the latter facility, which has been around for over a century, is not in fact a bookstore where a person can walk in off the street, and peruse a few titles. I learned that quickly. Minor detail. Google Maps is misleading, in this regard. The co-op bookstore in question is as great resource for students but is not open to the public.