Next MCHS 1960s get together, at Mandarin restaurant in Toronto, is on Friday, March 22, 2019; a get together in Kitchener in April is in planning stages

Our next MCHS luncheon is on Friday, March 22, 2019 at the Mandarin restaurant on The Queensway east of Kipling Ave. in Toronto. I’ve attached a photo from our most recent get together which was on Jan. 25, 2019. We are all looking good, as the years come and go!

I had been planning to organize a meeting in Kitchener for February, but February has come and gone. That being the case, I’m hoping that possibly our Kitchener meeting would be at the Mandarin restaurant, at 4220 King St East in Kitchener, in April 2019.

The Jan. 25, 2019 get together was at first not certain to go ahead, given the weather that day. Subsequently, I’ve come to realize that setting up a luncheon meeting in February or early March in Kitchener may not be the best idea given that, on short notice during the winter, the roads can get pretty bad. 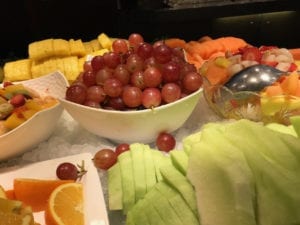 For a possible Kitchener get together in April, my own schedule is flexible. I look forward to hearing from any MCHS grad (doesn’t matter when you attended) who might wish to join us for lunch. Contact me at jpill@preservedstories.com

Also, if you wish to be on my MCHS luncheon email list (for Toronto and Kitchener), let me know.

History of religion in Cartierville

As usual, we discussed many topics of interest at the Jan. 25, 2019 MCHS luncheon – including the history of religion – that is, church buildings, belief systems, and associated people and events – in Cartierville. The discussion, which was wide ranging, began when I mentioned my interest in research concerning the sectarian violence, between the Orange Order and Irish-Catholics, that occurred on the streets of Saint John, New Brunswick in the 1840s. 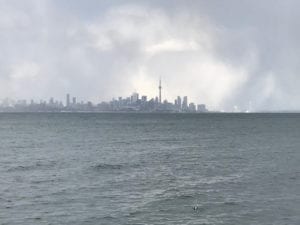 View from parking lot at apartment in New Toronto where Bob Carswell lives. The photo was taken on Jan. 25, 2019 when Jaan gave Bob a ride to the MCHS luncheon. A fascinating feature, of the history of land-use planning in southern Etobicoke, is that in some cases the shoreline of Lake Ontario, in this part of Toronto, ended up as parking lots for tenants: Parking lots with a great view of the Toronto skyline. Jaan Pill photo

From our luncheon discussion, I learned of some valuable bibliographic references regarding research about conflicts between the Orange Order and Irish-Catholics in Toronto and across Ontario. As a result of the discussion, I’ve even developed an interest in reading about the history of such conflicts in Stratford, where we moved to in October 2018 after selling our house in Toronto in July 2018.

What this underlines is that, no matter where and when former MCHS attendees meet, the time is well spent – there is no limit to what we can learn, by getting together and enjoying a great meal together!