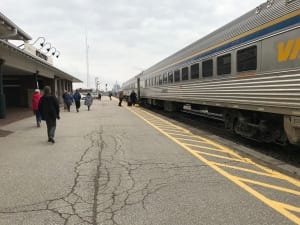 A Via train runs between Stratford and Toronto but not often. In times past, railways were a central part of life in Stratford. Jaan Pill photo

A Toronto Star sponsored article is entitled: “Get more from a visit to the Stratford Festival with fun, thought-provoking Forum events.” 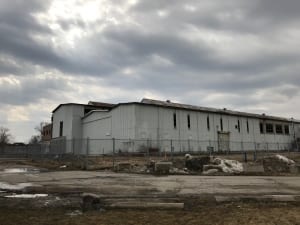 The Cooper Lot at Stratford was a big-time steam locomotive repair facility that used to be a mainstay of employment in the city. It’s now long closed down and awaiting repurposing. Among the new employment opportunities that arose after the Cooper facility closed down was manufacturing and the Stratford Festival. Jaan Pill photo

Think the Stratford Festival is just Shakespeare? Think again. In addition to spectacular musicals, new plays, comedies, classic dramas and, yes, the best Shakespeare productions around, the Festival also presents a Forum of daily events to entertain you, reveal some backstage magic, and get you thinking about how the ideas raised in the plays resonate in our world today.

Interior of Festival Theatre, Stratford, prior to performance of Othello, May 7, 2019. At the bottom of image you can see the thrust stage, which Tyrone Guthrie ensured was in place, for the launch of the Stratford Festival in 1953. Jaan Pill photo

I enjoyed seeing a preview performance of Othello at the Stratford Theatre a while back. My own way of getting up to speed on Shakespeare has currently consisted of reading Tyrone Guthrie’s professional memoir, A Life in the Theatre.

Guthrie takes a practical approach to matters that academic specialists approach in quite a different way. It’s a matter of taste what you like to read, or by whom you wish to get educated. 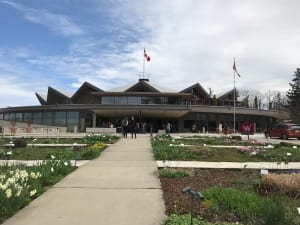 I mention the above-noted article is a sponsored article. It’s sponsored content. In a sense, all content is sponsored. By way of example, my own content, at this website, is indirectly sponsored by the Ontario Teacher’s Pension Plan.

Guthrie viewed theatre as a ritual

In July 2018 we sold our house in Long Branch; in October 2018 we moved to Stratford. As I’ve come to learn, the launch of the Stratford Festival in 1953 was a most inspiring achievement. On May 7, 2019 we saw a preview performance, beautifully and evocatively staged, of Othello at the Festival Theatre in Stratford; it was everything I expected such a Shakespearean performance to be. Othello serves as a wonderfully wrought, non-academic, dramatic thesis on the dynamics of deception. 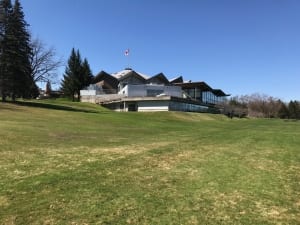 In Tyrone Guthrie’s recollection, the most influential factor ensuring the successful launch of the Stratford Festival in the early fifties was its timeliness. Other key factors, noted by Guthrie among others, were the organizing committee; quality of the plays; construction of a thrust stage (as opposed to a standard proscenium stage); publicity by Mary Jolliffe; crucial financial resources that came through at just the right moments; and vision of Tom Patterson. 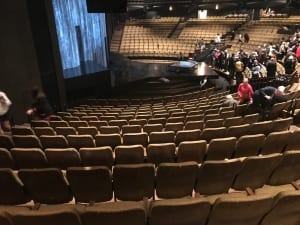 View of stage at Stratford Festival, May 7, 2019. Jaan Pill photo

Marotta Companies charged under Ontario Heritage Act, May 23, 2019 Save Our... Next MCHS Kitchener luncheon is on June 7, 2019 at Mandarin restaurant at 4220...
Scroll to top