I was very pleased to have the opportunity to attend the 50th Anniversary of Munden Park Public School on June 15, 2019. I taught at this Peel District School Board (PDSB) elementary school from 1995 until 2006 when I retired from my teaching career. Previously I had taught at schools across what was then known as Metropolitan Toronto (the schools are now located in what became, following amalgamation of area boroughs, the City of Toronto). 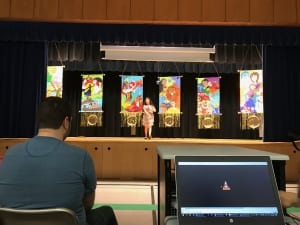 It’s an interesting feature of the history of real estate that Munden Park has an enormous playing field, it being the case that in 1969 plenty of land was available to enable such fields to exist.

Like a school where I earlier taught in North York in the 1980s, Munden Park in Mississauga used to be an apple orchard. 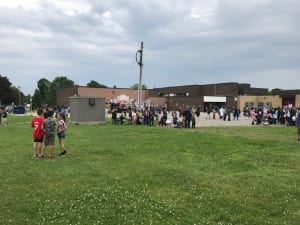 During the brief Anniversary ceremony in the school gym, current students at Munden Park staged an entertaining and well-received display of dances from around the world. This is a school where students (as is the case with regard to many teachers and administrators at this school board) have arrived with their families from all over the world. That’s a feature of Munden Park that I’ve always enjoyed.

Some of the younger children in the audience let it be known that what they were waiting for was for the ceremony in the gym to be concluded, so that they could go outside to play at the play stations and equipment that had been set out on the school grounds. I admired their outspokenness.

As is standard practice at the school, the entire day was well planned and soon children were outside lining up for free tickets to the event. Free food treats were also available. 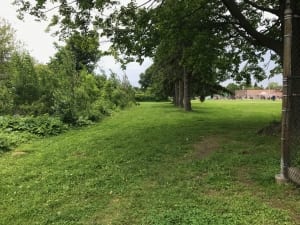 I was really pleased to meet with  teachers that I taught with over a decade ago – as well as some whose connections to the school go back many more decades than is the case for a relative newcomer to the PDSB such as myself. One teacher at the ceremony actually taught at the school starting in 1969.

With regard to 1969, I am also really pleased that students who graduated from Malcolm Campbell High School (MCHS) in Montreal are staging a 50th Reunion in Montreal this coming weekend. MCHS is the high school that I graduated from in 1963. I continue to meet regularly for lunch, in Kitchener and well as in Toronto, with fellow graduates from the school. 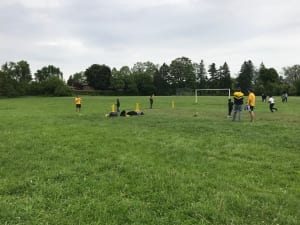 As with high school get togethers, I found that meeting with fellow teachers at Munden Park was truly an inspiring and enriching experience. Having an ongoing connection with colleagues from years ago (in the case of my teaching career) and with fellow students from my high school years is a source of tremendous satisfaction. It adds immeasurably to the quality of a person’s life, when such connections can be maintained.

It was so interesting to walk briefly along the first floor of the school, as well as to walk in the playing fields and in the wooded area where a small park is located at the northeast corner of the school grounds (near the Queensway and Dixie Road). 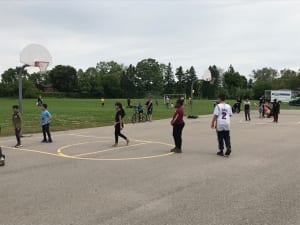 I’m also reminded that the Queensway, as it travels eastward into Toronto, is the roadway along which the Mandarin restaurant (just east of Kipling Ave.) is located, where I get together for lunch with my high school friends from Montreal. 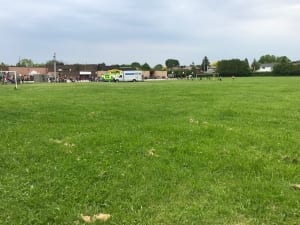 Near the wooded area at the northeast corner of the playing fields is a baseball diamond that I remember from my teaching days at Munden Park. There are weeds growing around the backstop and the benches, that used to be located at the site, have disappeared.

Nonetheless, the backstop as it existed years ago remains fresh in my mind. I can vividly recall baseball games and events that were associated with that location at the grounds, and at locations in the vast stretch of playing fields that are for me a central feature of this school setting. 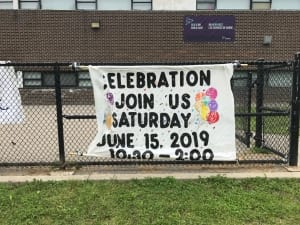 The backyards that face the school grounds are generally screened behind tall hedges or trees that add to the feeling that the school, as befits the site of a former apple orchard, is in a setting that is refreshingly close to nature. One of the houses had a Raptors flag on display, which was a great sight to see.

I have many memories from a career of thirty-plus years as an educator. It occurs to me that with the amount of memories available to a teacher, a person could tell a lot of different stories about school systems.

What kind of story I would tell would depend upon the point of view that I would choose to emphasize.

A wide range of stories are available, for the telling.

Such stories can be used to advance this or that argument, about the power dynamics of schools and educational systems, about the nature of society, and about how learning occurs.

For the current post, by way of sharing one particular set of anecdotes, and one particular point of view, I will lift some text from a previous post about the topic of asbestos. 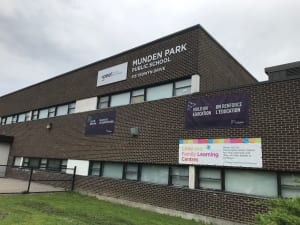 A July 20, 2014 Globe and Mail article is entitled “The case against asbestos: Accidental exposure, entirely preventable.”

The article notes that asbestos is “still regularly found in older schools and universities across Canada, wrapped around pipes, above ceilings and behind walls.”

The story reminds me of my own experiences.

When I worked as a teacher at a school in North York in the early 1980s, I learned that the water pipes in the hallways were covered in asbestos. There were tears in the coverings over the asbestos, meaning that it was easy to pick it out and hold it in your fingers. When I spoke with the school administration, I was informed that asbestos is like cigarette smoke. 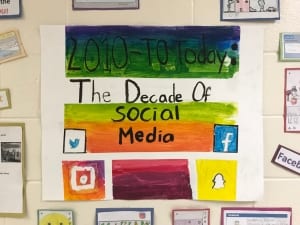 I was told (and this is a paraphrase): “If you stop being exposed to it, then over the years the potential for asbestos to cause you harm will disappear.” I knew this was not true, having read about the topic. Once asbestos fibres are in your lungs, that’s it. In 30 or 40 years, in many cases, depending on the exposure, cancer is inevitable. If I recall correctly, the asbestos was safely removed, or else it was covered up, so as not to be immediately accessible.

Years later, in the late 1990s, I worked at Munden Park Public School in Mississauga.

There had been some asbestos on the basement water pipes in the house, built in 1945, that we had purchased in Long Branch in South Etobicoke in 1997. We had arranged for a specialist company to come in, with all the required equipment, and safely remove the asbestos. 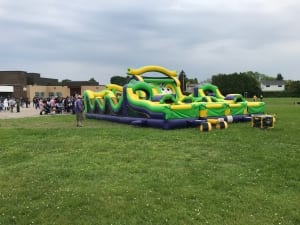 I noticed, when I happened to look at the water pipes under the sink in my second-floor classroom in Mississauga, where I was working, that there was what appeared to be asbestos on the pipes. I spoke to the school administration, and was informed that matter would be looked into. Nothing was done.

I arranged to have a small amount of the material tested. It turned out to be asbestos, as I had assumed. I then arranged for the same company, that had removed asbestos from our house in Etobicoke, to come in during a time when the school was closed, and remove the asbestos from my classroom. 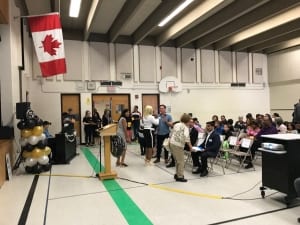 “Are you an expert on asbestos?”

Some time later, I spoke with a school board official who was responsible for building maintenance. I told him there was asbestos in the school. He asked, “Are you an expert on asbestos?” I informed him that I had arranged for testing of the asbestos in my classroom, and that the test had come back positive. I also said that I had arranged for safe removal of the asbestos at my personal expense. It didn’t cost much, as I recall.

The official informed me that it was against the rules and regulations of the board to bring in any outside contractor. I left it for the official to deal with that fact as he wished. What was paramount in my mind was my own safety, and the safety of my students. I did not, however, hear back further about this topic. 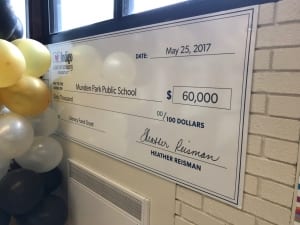 I later read up on the board’s rules and regulations as they pertain to asbestos. I was able to arrange for water pipes, in all of the classrooms in the school, to be checked for asbestos by competent authorities, and to have the asbestos removed. In cases where there was asbestos in ceilings, that asbestos was left in place, on the assumption that it was safe to do so.

As the July 20, 2014 Globe and Mail article notes, however, the best policy would be to remove asbestos entirely from schools. That is a point that I had not thought about, until I read the article.