On June 18, 2019 the National Trust for Canada released its newest list of endangered places across Canada

According to a news release sent out by the National Trust for Canada, the 2019 list includes (from west to east): 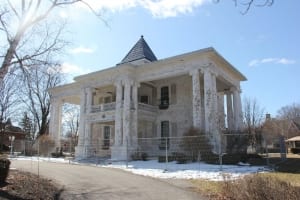 A building in Stratford known as the White House made the list in 2018.

By way of an update: The building’s Southern-styled portico, supported by 18 two-storey concrete columns, is now gone. The house, however, remains standing – it’s an impressive building.

Walk the Six West Returns to the Humber River Aug. 3 & 4, 2019; here are... How to organize a high school luncheon
Scroll to top