News regarding land use planning as it relates to 11 & 15 Stanley Ave. in Mimico continues on a positive note

An excerpt (p. 18; the emphasis, in the first paragraph that follows below by way of bold typeface, is as in the original) from the decision reads:

I am not satisfied that the Member made any significant error, factual or legal, by not allowing the Motion to Adjourn or by refusing to allow the introduction of Arborist’s Report or on the evidence available and before him at the time. I also find that the Member was not deprived of new evidence which was not available at the time of Hearing Day 1, but which would likely have, if allowed, resulted in a different order or decision. I agree with the Appellant that the Affiant is attempting to fault the Member for what could be termed “a failing of the Applicant and her representative.”

The evidence in this proceeding suggests that the Applicant had numerous opportunities to deal with urban forestry matters going back to the COA hearing when Urban Forestry staff submitted clear opposition to the application and requested a deferral on that basis. The impact of the proposal on trees was also a common theme in many of the Participant Statements filed with the TLAB and it appeared to be a critical component of Ms. Sheasby-Coleman’s disclosure documents. Furthermore, the Applicant should have been alerted to the importance of urban forestry issues given that the Appellant filed a Request to Summons Dr. Dida.

I also note that it appears the decision by Chair Lord regarding the application for 15 Stanley Avenue impacted the strategy developed by the Applicant in approaching the matter of the impact on trees as part of the subject application. This is clear in that the Applicant stated, and I paraphrase, that they were seeking an adjournment because they were not prepared to deal with the trees, given the decision of Mr. Lord in his 15 Stanley decision.

We await news regarding a potential appeal to the Divisional Court.

Among the above-noted lists of posts is one that offers one glimpse (among many glimpses, which have been offered by many residents) of what a person sees when walking down Stanley Ave.

I wrote the post when I was still living in Long Branch; I now live in Stratford.

What you see walking down Stanley Ave.

During the 21 years I have lived in south Etobicoke [we sold our house in Long Branch in July 2018], I have like many residents been observing local land-use history, as it has been unfolding. 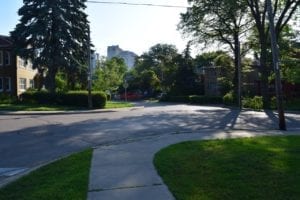 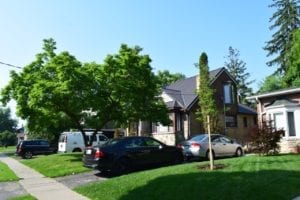 Reports from social planning and research councils across Ontario warrant a... Pathways to independence: towards producing and using trustworthy evidence –...
Scroll to top