School boards have a level of dysfunction built into them, for which reason, every few years, they get taken over

Update: An Aug. 2, 2017 BBC article is entitled: “How Canada became an education superpower.”

When the most recent Pisa rankings are looked at more closely, at regional rather than national level, the results for Canada are even more remarkable.

If Canadian provinces entered Pisa tests as separate countries, three of them, Alberta, British Columbia and Quebec, would be in the top five places for science in the world, alongside Singapore and Japan and above the likes of Finland and Hong Kong.

So how has Canada overtaken so many other countries in education?

Despite the different policies in individual provinces, there is a common commitment to an equal chance in school.

He says there is a strong sense of fairness and equal access – and this is seen in the high academic performance of migrant children.

The update places into context the musings outlined below.

School boards have a level of dysfunction built into them, for which reason, every few years, they get taken over

This post is in the nature of an essay about school boards. Writing such an essay is by way of following up on a previous post about the Peel District School Board (PDSB). 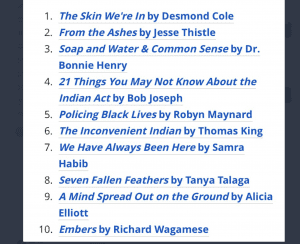 I retired from the PDSB fourteen years ago. The current post is an attempt to orient myself regarding the current state of dysfunction at the board where I used to work.

Several thoughts occur to me. First, any school board, like many organizations in society, has characteristics of what the sociologist Erving Goffman calls total institutions.

Based on my anecdotal observations of teaching at several Ontario school boards, the features that make school boards what they are, as total institutions, is that they are strongly hierarchical – and in certain key respects are isolated from the reality of the world outside of teaching. It’s an organizational structure that has been firmly in place for well over a century.

Instead of bringing in people from the outside to run school boards – except in extreme cases – school boards promote from within. In this respect they are like two other total institutions, namely military forces and police forces. A handful of people rise up to the very top of a school board, but because school boards depend on former classroom teachers to serve as administrators, the people running the show don’t invariably have much wisdom, regarding how to make such a system function effectively. As well, the system is of such a nature that there are clear limits, with regard to how effectively it can function even under the best of all possible conditions. 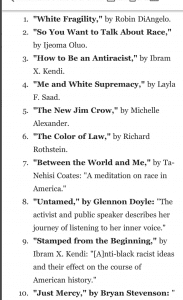 Administrators within school systems don’t have the wisdom, in quite a few cases (there are exceptions), that comes from a breadth and depth of experience in the wider world.

School boards are highly hierarchical, which means some people are never heard

Secondly, because the system is strongly hierarchical, much of what happens in a school board is on an arbitrary, top-down basis. Administrators have power, because the system is set up in a strongly hierarchical way. That power can readily be used in a rash, unwise way, and there is nothing in place – save for what happens in the most extreme circumstances – to put a stop to such occurrences.

That is why, from time to time things get so much out of whack in a school board that some higher level of authority – in Ontario, that’s the Ministry of Education – brings in outside administrators, possessed of wisdom and experience, to straighten out the mess that the system has itself created.

For a while, things run on an even keel, and then with a renewed cycle of deterioration, the process of ‘taking over the board’ starts anew.

Finland has a better way

My third thought is that a system such as the one in Finland works better. In Finland, as I’ve outlined at a previous post, teaching is a highly prestigious profession; teacher candidates are selected with great care. Teachers need to have a master’s-level degree right from the start, and all of their training and professional development is strongly science-based – that is, strongly evidence-based.

The national curriculum is clear and simple, easy to understand, and the entire system of education has been developed in previous decades as a national project. Students who are not succeeding get the help they need to succeed in their studies; extensive resources are devoted to making sure this happens. As well, learning outcomes are consistent in schools right across the entire country.

Teachers and schools in Finland, as I understand, are given the freedom to use whatever methods they wish, in order to ensure that students master what the curriculum mandates. Teachers are given strong support, by way of resources and time, in their important work on behalf of the entire society.

Finnish students tend to perform at or near the top in international testing, in all subject areas.

The May 15, 2020 PDSB report is truly an eye-opener for me, in this case based on my thirty years of community organizing in the context of volunteer work.

If you want to have traction as a community organizer, you listen to people very closely, you work in close collaboration with as many people as you can. You draw on the expertise of all the people that you know are out there brimming with great skills and great ideas. You adopt a flat-hierarchy approach to things whenever you can. You show respect toward people and you deal with them honestly and fairly.

As well, the Feb. 28, 2020 PDSP report also warrants a close read, because the current state of affairs at the Peel board is laid out clearly – and you get to hear the voices of students and parents – including especially Black students and parents; you get to hear, that is, the voices of entire communities of taxpayers. What they say matters, it matters hugely, and what they say warrants a close listen, a very close listen.