You can access the article, “ELECTION – How Toronto Voted,” here.

An excerpt (I have omitted the embedded links) reads:

In 2014, facing a challenge from community activist Russ Ford, then Ward 6 councillor Mark Grimes secured the support from former Rogers executive, Progressive Conservative leader, and talk show host John Tory, who was making his second run for Mayor of Toronto. Tory’s robocalling in favour of Grimes helped secure the latter’s re-election, while quashing the hopes of Russ Ford. In 2018, again facing a new progressive challenger — Amber Morley — Grimes was able to count on the support of Mayor Tory’s re-election campaign. This was despite Grimes being under provincial police investigation for election campaign violations.

In 2022, Mark Grimes’ luck ran out. Though he was — for the third time — endorsed by John Tory — voters had a different idea. Though Tory placed first in every electoral subdivision in Ward 3 in 2022, Amber Morley, running for a second time and with the support of Progress Toronto, placed first with 46% of the vote to Grimes’ 40%.

Though voters in the Humber Bay Shores condo cluster were split, Morley placed first in nearly every poll in Mimico, New Toronto, Long Branch, and Stonegate, as well as many of the condo and rental towers near Kipling and Islington Stations. Grimes did best in the affluent Kingsway neighbourhood and in [Alderwood].

Morley’s strong showing in 2018 and her win in 2022 should be an inspiration to young, progressive challengers to established politicians, even those with deep institutional support.

In the map below, electoral subdivisions where Grimes placed first are shaded in Tory blue, while polls where Morley won are shaded in purple.(Click here for the interactive version.) 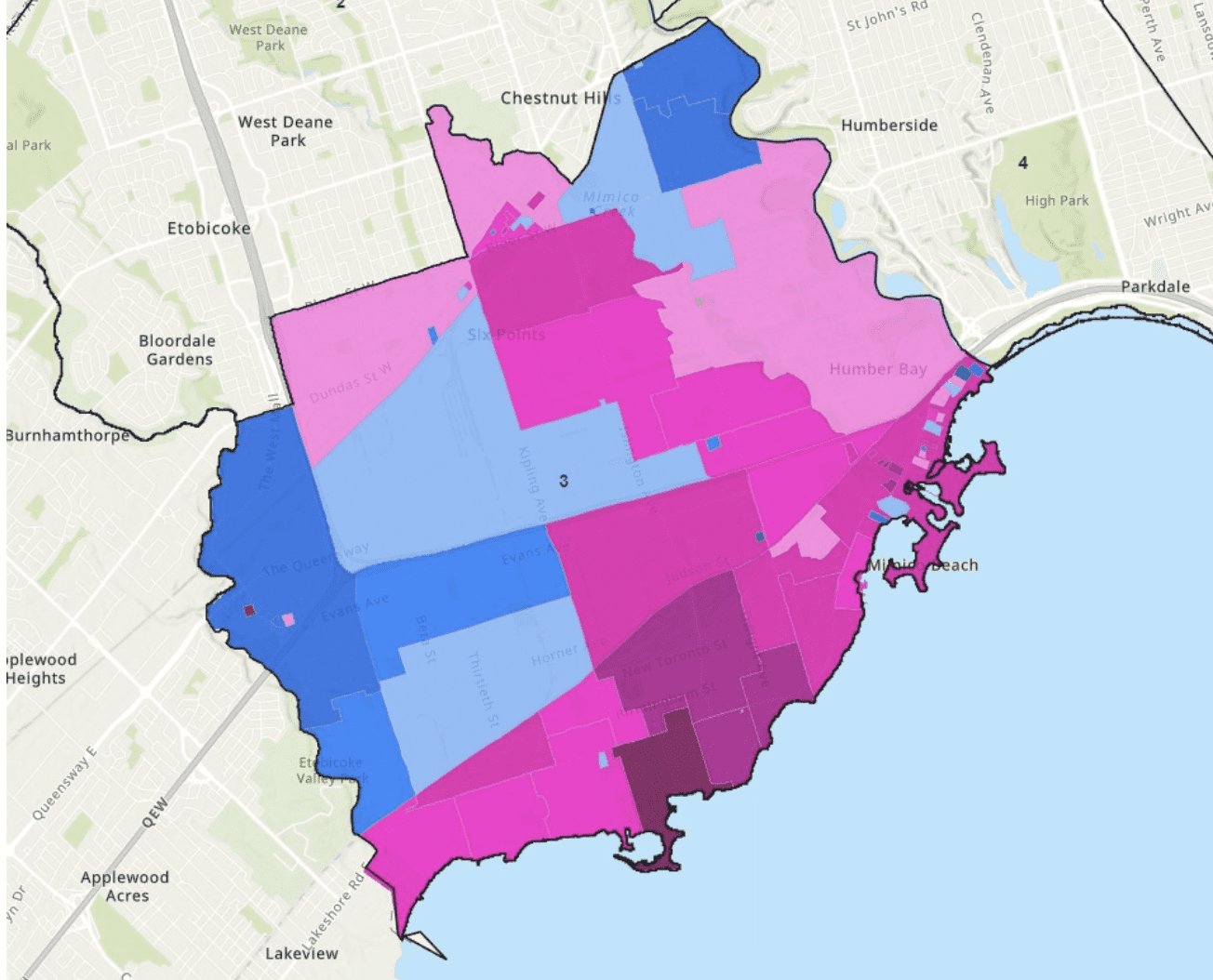 I enjoy reading Spacing. A Nov. 8, 2022 article by Dylan Reid that I’ve recently come across at the Spacing website is entitled: “The Jenga school of civic management.”  [1]