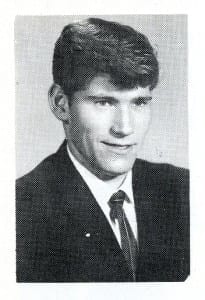 Remembering John W. Scott, Gok-Gee Wing, and other MCHS students who have passed away

I have made a spelling correction for “Hoyos” and have added Eva Hoyos, who died tragically in a car accident, to the list along with other names based on additions shared through comments – in particular on Facebook – that we have received since the original version, of the text you are now reading, was posted. I have added several additional names and will add more based on information that has arrived from many sources to date. We much appreciate the help we have been getting in development of the list.

The many references to car accidents has strongly taken hold of my attention. It made me think of my own experiences with driving over the years, and the imperative of attending closely to what we do or don’t do when we ourselves are behind the wheel.

MCHS alumna Nancy Renz (MCHS 68) has shared with us the following note: “Just a short message to add to the list of MCHS deaths. My friend Jennifer Margot MacLaughlin Class of 68 passed away some years ago from cancer. I gave my 68 Annual to her son Andrew [Dawson] so he could see her photos.” Nancy adds: “See you at the reunion!!!”

As well, I’ve begun to list teachers who have passed away.

As always, we make every effort to ensure the accuracy of our information. In some cases, this involves seeking out of corroboration such as through obituary notices.

A discussion thread regarding this post can be found at the Malcolm Campbell High School Grads Facebook Group:

The above-noted post has extensive discussion concerning MCHS alumni who have passed away.

Links to three MCHS Facebook Groups including the MCHS ’60s Reunion Group can be accessed here.

As part of our planning for the MCHS ’60s Reunion & Celebration of the ’60s, we are developing a list of alumni and teachers who have passed away.

We request your help in development of the list.

[I want to add: I wish to share my sincere thanks to all of the MCHS alumni who have assisted us in adding names to the list. Your help is very much appreciated. If you know of any additional names, please contact me.]

To add names to the list, of MCHS students and teachers who have passed away, please contact me at jpill@preservedstories.com

We want to have a display at the reunion, of photos and brief texts, in remembrance of MCHS alumni (and teachers) from the ’60s era who have passed away.

Below is the start of a list (please let me know in the event of misspelled names): 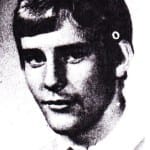 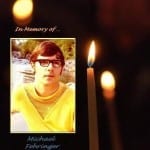 26. Jack (Jaak) Mullaste, MCHS ’63, 11F, passed away on on January 18, 2005. A number of his friends including Howard Hight of Boston who knew him well are seeking to get in touch with his widow Jeanie. If you can help in that quest please contact Jaan Pill at jpill@preservedstories.com

28. Louie Berna is another MCHS grad who has passed away.

29. Jan Barclay, Class of ’68, passed away in April 1992 from cancer, leaving behind her husband Chuck and children Seonaid and Lochlann

30. Richard Moore, son of Dickie Moore, died at age 16 in a tragic car accident on the Laurentian Autoroute on Aug. 23, 1973. He was on his way back from his cottage. It had been raining. His car hit a concrete arch on the Autoroute near Laval. His classmates graduated in 1974.

37. Elizabeth W. Crone passed away in November 2013 at the age of 92. She taught English and history at MCHS from 1963 to 1967 when she transferred to Riverdale. We owe thanks to Mrs. Crone’s son, Robert Crone (Class of 71 and Morison School alumnus), for sharing these details with us.

40. Rodney Gosselin, MCHS Class of 71 and Morison alumnus, passed away about 5 years ago. Robert Crone (Class of 71) reports: “Rodney Gosselin was a big quiet fellow I’d known since kindergarten. We sat together at dinner at the big Y2K reunion. Rodney retired from his job on a Friday about 4 years ago… he passed away in his sleep that night and was dead before he could enjoy the first day of his retirement.”

[I will catch up on adding a few other names as well. My apologies for the delay. My plate is full with volunteer work. Which I don’t mind. But it means that some things take time. Your patience is appreciated. Please drive safely.]

50. Victoria (Vicki) Karalis, who attended Ahuntsic School and graduated from Malcolm in 1967. Passed away in 1983.

55. Malcolm McLean Kelly passed away on June 16, 2015 at the age of 86. Malcolm was a high school science teacher. He taught in Scotland until he was recruited by the Protestant School Board of Greater Montreal and came to Malcolm Campbell High School, where he taught for over 25 years, and was Head of the Science Department, until it closed, after which he taught at Sir Winston Churchill until his retirement. Source: Online obituary at J.F. Cardinal Funeral Home.

57. MCHS history teacher Bob Hill passed away on June 18, 2015. Click on link in previous sentence for a post about Bob Hill.

64. Kai Voigt (MCHS ’63) has passed away. His obituary can be accessed here. He was President of a company called JUDO Water Treatment Inc.

Alan and Melanie’s sister, Susan (Gough) Schneider, adds: “I posted previously about Alan and Melanie Gough, Alan died of a heart attack from complications of his Type 1 diabetes, and Melanie passed away from breast cancer, she fought hard until the end, as she left a set of 13 old twin girls, and a 15 year old son. I miss them dearly.”

Cheryl Phaneuf notes: “I know of four MCHS alumni that have passed. These friends are not recent deaths but I do appreciate the opportunity to remember them by name : Marilyn Moens; Allan McEwan; Doreen Smith; and Kay Brick. All lived in my Montreal North neighbourhood – cherished high school friends.”

71. Gary Tinker passed away some years ago.

72. Bonnie Greer passed away some years ago.

73. Lynne Campbell passed away in Belleville, Ontario some years ago.

79. Fred Ramcharam, a teacher that one student remembers as being a very kind man, passed away some years ago.

80. Louis Elvin [spelling? I will check], who who taught cello and conducted the orchestra, passed away some years ago.

82. Mike Savaas passed away some years ago.

86. Sheila Booth has passed way, in the Vancouver area.

87. Sheila’s brother Craig Booth has passed away as well.

89. Christine Attallah passed in 2012 after a horseback riding mishap.

91. Gordon Gilmour, phys ed teacher, passed away some years ago.

94. Malcolm Campbell, after whom the school is named, passed away in 1963.

97. Bob Seto in a Facebook post has shared the following message: “Katherine Seto Evans, MCHS class of 68, passed away Saturday morning, March 12, 2016 in Toronto. Kathy and husband Gary Evans met at MCHS in grade 8 and married in 1972 upon graduating from McGill University. They have two sons, Matthew and Ryan.”

101. A Facebook post on April 11, 2017 has informed us that Jimmy Davlouros has recently passed away of a heart issue.

106. Alfred Joseph (Kalkapersad) Ramcharan, born 07 September 1923, in Victoria, Trinidad and Tobago, passed away on 10 March 1988 in Montreal. His career as a math teacher is celebrated in a post entitled: Ken Kingsbury is doing research on Alfred Ramcharan, who was a teacher at Malcolm Campbell High School.

115. Evelyn Christel Erika Worner (Kahlow) passed away peacefully, with family by her side, on Monday, December 2, 2019 at St. Mary’s General Hospital in Kitchener at the age of 71. Evelyn went to Morison Elementary and Malcolm High School (1962-1966).

The list is provisional. I used the terms “passed away” and “died” interchangeably. At times, what I report is a quotation or statement that someone has made, with the explicit understanding that it’s not a first-hand account, based on first-hand evidence, that I am sharing. Whenever possible, in cases where the report is not by a close friend or family member, I like to go with corroborated evidence using reports from several sources.

A previous post, which focuses on Heinz Schlutz, is entitled:

Barry Anderson (MCHS ’64) has shared a tribute to Heinz Schlutz 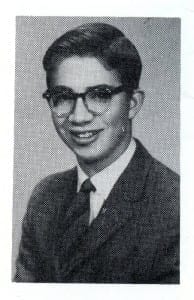 “Hello MCHSers. I am a 1964 graduate. In 1979, Heinz Schlutz organized a reunion in Montreal for the 11A class. He sent cassette tapes to those grads, including me, who were unable to attend. At the reunion, Heinz played the tapes, which briefly summarized, generally with humour, the fifteen years since graduation. Heinz then set out with his dog to visit those of us unable to attend and share information on our classmates, carefully organized by location, career, number of children, etc. It was obviously a labour of love for Heinz, who passed away shortly thereafter.

“I wanted to share this story with other MCHS graduates as a tribute to Heinz. Many of you will remember his mother, who was a Vice Principal at the school.” 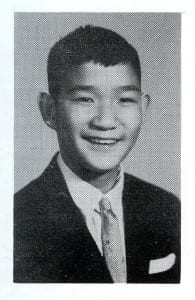 We have shared our memories of Jenning Dai at a May 31, 2014 post entitled:

“Jenning Dai was in my class at Malcolm Campbell High School when we graduated in 1963.

“Cheryl (Casino) Houston (MCHS ’63 – 11D) has noted, in a recent email: ‘He went to the University of Illinois in Urbana to study aeronautical engineering (from what I remember), but he was hit by a car while riding his bike. It was a very sad tragedy.  Wally [Walter Rhead – 11B], Ulrich [Ulrich Laska – 11B], and Kathy Dawson (another 11D student) and I were students in Grade 12 at Montreal High at the time he died and we were all devastated. We all attended his funeral.'” 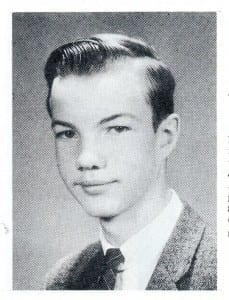 A number of people have added comments, in relation students who have passed away, at recent posts about the reunion:

“I found the picture of John Scott particularly saddening. After a life spent facing new students, one develops an instinct about each of the students from his/her appearance. And my sense is that looking at him in a class I would have seen a particularly decent person, the sort it is a pleasure to see in a class.” 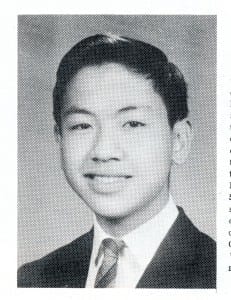 “Gok Gee Wing died in a tragic accident when he was in his early twenties. I knew the family well. They lived on St. Evariste. Could not find his obituary but did find one of his father that recounts the family’s interesting history. His younger brother Simon, became an endocrinologist.”

We remember them all. They remain in our thoughts and memories. 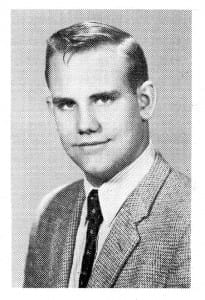 Ulrich Laska has added a comment to our forum about Cartierville School The Teenage Brain: Uniquely powerful, vulnerable, not fully developed
Scroll to top