Click here for Google Maps photo of the building >

The Phoenix Montessori School is now located at the building.

A February 2022 Harper’s article is entitled: “Every Child an Emperor”; the article features a book review of The Child Is the Teacher: A Life of Maria Montessori (2022) by Cristina De Stefano; translated from the Italian by Gregory Conti. 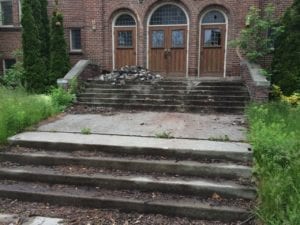 Montessori saw her method as one that progressed through trial and error – a scientific method. “There are as many beginnings as there are children,” she said, noting also that “the adult must not remain on high, issuing judgments and grades. The adult must humbly get down among the pupils.” One adherent described her method as being “nothing other than a patient observation of childhood.” She believed that children possess an exceptional capacity for attention, not a diminished one, and that a classroom should be designed to elicit that kind of focus. If a child is inattentive or disruptive in class, it is because they are being coerced into paying attention to the wrong things. If a child seems disorderly, it is because their strong drive toward their own internal sense of order is being broken.

As the article unfolds the reader comes to learn that, her brilliance notwithstanding, Montessori was not an easy person to work with. That said, the review ends on a positive note:

Montessori, her brittleness and imperiousness notwithstanding, left the world a gift of perspective – of centering the potential of a child. Part of what is moving about her method, especially in its inception, is that the inherent value of children is the given from which all else follows. It is the environment around the child that is seen to need amendment or improvement.

As noted at an April 7, 2013 post, the contrast in brickwork at the Wesley Mimico United Church building indicates two stages of its construction. The first stage was built between 1922 and about 1924. The second stage of construction was between 1953 and about 1954. 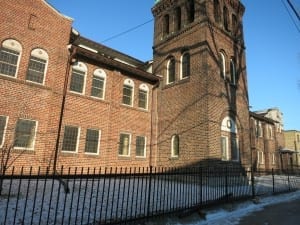 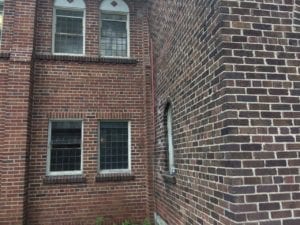 Over the years, I’ve observed many proposals to redevelop the church. I’ve read widely about efforts to repurpose church buildings – in Toronto and elsewhere, a topic of interest to many people.

We see  a decline in church attendance. Congregations, with fewer members, have less money meaning keeping church buildings in good repair is prohibitive. Difficult choices must be made.

(1) How can we make sense of the changes that occur in our lives? Many sense-making options are available. 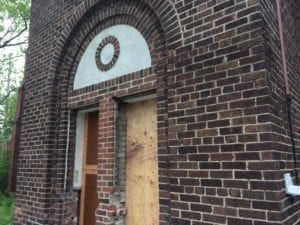 (2) To what extent can we, as citizens, demonstrate a sense of human agency, by way of influencing the direction along which change proceeds?

Again, many options are available. We try out different things. We learn from our experiences. 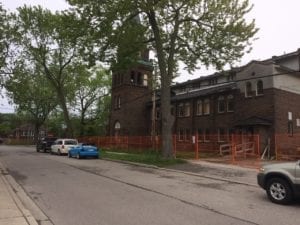 The building has been sold and a Montessori School is setting up in the church. I understand that the new owner is working with Heritage Preservation Planning staff at the city on the renovations. However, despite the fact that the stain glass windows were part of the designation under the Ontario Heritage Act prior to the sale the church illegally removed them from the building. City staff have decided not to pursue this violation.

Recordings of Committee of Adjustment meetings (other than at the York Civic... Inchworms are prolific and resilient: Sciencing.com article, April 24, 2017
Scroll to top