On April 13, 2018, I met with MPP Peter Milczyn, who currently serves as Minister of Housing, as well as Minister Responsible for the Poverty Reduction Strategy.

In a brief interview with him, I asked him several key questions, about topics that had attracted my attention in the months leading up to the interview.

Central among the questions was: What are the reasons, why the culture of decision making at the Ontario Municipal Board and the Committee of Adjustment had changed so dramatically, over the past 25 years?

I was also interested in finding out what motivated MPP Milczyn, and the Ontario government, to initiate the OMB Reform process. The following Q & A, which has been slightly edited for flow and conciseness, provides Peter Milczyn’s answers to these and other questions.

I found the interview highly productive. I learned things I otherwise would not have learned. By reviewing my questions, I’m also learning how to get better, at the process of asking questions. 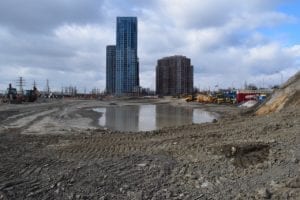 The first question concerned how Minor Variances are defined.

Will the OMB regulations address what is a Minor Variation?

Jaan Pill: Will the regulations, that accompany the OMB Reform legislation, address what is a Minor Variation, in the OMB?

Peter Milczyn: The regulations are supposed to give more direction. The goal was to give municipalities some leeway, in terms of defining, through their Official Plan Policies, what could be considered Minor.

Jaan Pill: In one of your Town Hall Meetings regarding OMB Reform, in Long Branch on Nov. 9, 2016, you spoke about the Private Member’s Bill that you introduced. I’m interested to what extent your Private Member’s Bill has worked its way in. I’m also interested in some background, in how your previous municipal experience ties in with all of this. 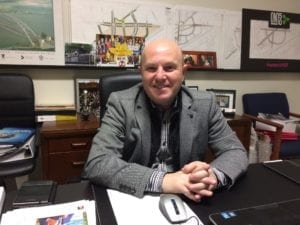 Peter Milczyn: So, my Private Member’s Bill was essentially about circumscribing the authority of the OMB as it was: to limit the number of grounds for appeal; to basically give immunity from appeal for a variety of different types of applications, so when municipalities make decisions, that those decisions could actually take effect without being immediately appealed – or even, you know, if a zoning application were to go through, subsequently limiting the ability of a developer to go back through the Committee of Adjustment and try to secure what they couldn’t secure with a municipality through rezoning.

So, I would say that almost everything that was contained within my Private Member’s Bill to some extent or another was incorporated into the Government’s changes, into the Planning Act.

Jaan Pill: Now, one of the things that you mentioned at that meeting was that at the OMB and the Committee of Adjustment over the past 25 years, the laws haven’t changed all that much, but the culture has changed: where before, it was intimidating in the sense that if you go there, you will be asked, “Well, why would you want these changes?”, and then more recently, it’s, “Go ahead, do whatever you want.” 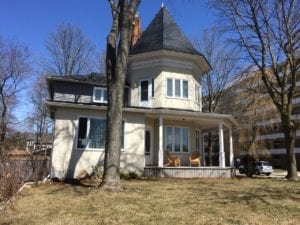 Heritage house at corner of Long Branch Ave. and Lake Promenade featured in May 5, 2018 Evolution of Long Branch Park Jane’s Walk led by Etobicoke-Lakeshore MPP Peter Milczyn. On the right is apartment building where Long Branch Hotel stood, before it burned down in 1958. Jaan Pill photo

And you mentioned, at that time, that it could easily take a whole evening to explain that history. I’m interested in the history of how that change came about.

Peter Milczyn: So, I can’t fully explain the history. I mean, I know anecdotally, as well as through experience that, say, 25, 30 years ago, the Ontario Municipal Board was a body where if you appealed to it, you really had to go in, and make your case as to why the municipality was wrong, in the decision that it took.

And that simply happened over a number of years. I suppose there may have been events, such as we had a recession, and then coming out of the depths of the recession, there was a desire to see development get going, and so on.

And so that very much led to huge frustration that individuals, communities, municipalities had, with the OMB.

And that’s why, you know, the fundamental change to planning in Ontario that was brought in, with the Smart Growth for Communities Act, and other changes to the Planning Act, where, as of last week [April 3, 2018], the Ontario Municipal Board, on a go forward basis, doesn’t exist.

Appeals would be made to the Local Planning Appeal Tribunal, which is a true appeal body, where you appeal a decision on the basis that it is incorrect in terms of applying Provincial Policy and Official Plan Policy.

The only time when there would be a full, brand-new hearing would be when a municipality would simply fail to make a decision within the prescribed time – although we’ve pushed out those timelines. We’re giving municipalities more time to make decisions; and built into the legislation is the ability to have a lot of mediation.

So opposed to having full-blown hearings, have mediation where there’s an attempt by a municipality and a proponent to sort through things and achieve a desired result, as opposed to an imposed result.

But, I imagine most – you know, looking forward into the future – most appeals, to the new Local Planning Appeal Tribunal would be on the basis of, you know, somebody arguing that there was a misapplication of the Provincial Policy, or the City’s own Official Plan Policies.

Jaan Pill: I attended a meeting of the Etobicoke York Community Council on Nov. 14, 2017 and Neil Cresswell, Director of Community Planning for Etobicoke York, mentioned that the City has previously moved Official Plan Amendment (OPA) 320 to strengthen the Neighbourhood Policies in the City’s Official Plan. He noted that OPA 320 is under review at OMB. Can you tell me what the status of that appeal would be, at this point?

Peter Milczyn: I haven’t followed it closely; I assume it’s still at the OMB. But that’s one of the fundamental changes we’ve made. It’s more difficult to appeal [such] Policies. Again, you have to have a sound reason for doing it, and not simply that you don’t like it but how is it contrary to Provincial Policy, or the City’s own Policies. But that particular appeal would still be under the old system, so it has to run its course.

Jaan Pill: Now, in terms of your past experience as a Councillor, at this stage we’re in a situation where we have the Long Branch Neighbourhood Character Guidelines, which has been passed unanimously by the Community Council and Toronto Council. My sense from a Nov. 14, 2017 Community Council meeting is that Councillors believe this could solve the problem of lot-splitting and overbuilding.

On the other hand, I attended a meeting of the Long Branch Neighbourhood Association, on April 4, 2018, where City staff said that decisions regarding lot-splitting, and requested Minor Variances of 200 percent, are based on the Committee’s subjective judgement. Numbers, in such a scenario, don’t matter.

One comment from City staff was that the key decision maker to attend to was the Toronto Local Appeal Body, rather than the Committee of Adjustment.

My question is: Will the culture of the Toronto Local Appeal Body be different from the previous culture that has developed at the OMB and Committee of Adjustment?

Peter Milczyn: Well, I can’t answer that, because first of all, the Local Appeal Body is a municipal body. To the extent that I’m familiar with the people that have been appointed to it, they’re all professionals; they’re well-versed in Planning Policy.

I think that they would understand the concerns that have arisen over the years. They would understand why the City chose to go the route of setting up its own Local Appeal Body, rather than having matters going to the OMB, or now it would be the Local Planning Appeal Tribunal.

So, I mean only time will tell what their decision making record is, and how closely they follow City Policy and City Guidelines and City Planning documents.

Land-use planning decisions in Mississauga, as compared to Toronto

Jaan Pill: I live in the borderland between Mississauga and Toronto, and in terms of land-use planning in Mississauga, whenever there’s a meeting involving the next steps for Port Credit or Lakeview, there’s a feeling in the air, that there might be developers at the meeting, and they’re respected by the community, and they live in the community. The politicians are very happy to be there, and the residents are very happy to be there, and the decisions which arise are ones that pretty well everybody is happy with.

In Toronto, at times there is that feeling of collaboration. I could see that, in development of the Long Branch Character Guidelines. At the same time, Etobicoke residents at a meeting might say, “Why is the Committee of Adjustment so subjective?” and Toronto City staff might say, “Things are getting out of hand. We have to stop this discussion right now.” That would never happen in Mississauga, at least from what I have seen.

And so, one of the questions that came up at the meeting in Long Branch on April 4, 2018 was:  According to one person, in Mississauga, they would not have these kinds of lot-splits and overbuilding.

Peter Milczyn: I don’t follow what’s happening in Mississauga closely enough to know whether that’s true or not.

Reflections regarding the OMB Reform process

Jaan Pill: Have you got any reflections, based on OMB or anything else?

Peter Milczyn: I think we’ve done – a tremendous amount of work’s been done in the last couple of years. The commitments we made around fundamentally changing the OMB, that’s been delivered on. Inclusionary zoning has been delivered on, so I know for my part, in terms of what I committed to trying to achieve at Queen’s Park four years ago, you know, I can check off all the boxes:

So, you know, some pretty fundamental changes to how planning and land-use has been done in Ontario.

It’s going to take a number of years to see what its full impact is. But these are the changes that communities have been asking for, for a long time.

So, we now all have to work together in this new system, to try to make it work the way we hope it would.

Long Branch Character Guidelines feature historical details regarding the evolution... Culture of decision making at the OMB changed dramatically over the past 25...
Scroll to top