Hoffmeyer’s Mill in Sebringville, Ontario, serves a specialized, niche market for reproductions of doors and windows for century-old houses 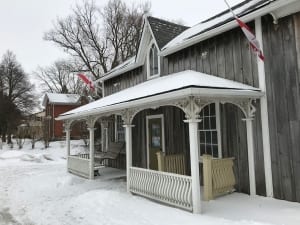 The shop uses a high-tech strategy, by which I mean a website set up twenty-five years ago, to sell its niche products which are themselves produced by low-tech means.

The mill was founded in 1906; its website was launched eighty-eight years later in 1994, as a gift from current owner Reg Ogilvie to his father John Ogilvie on the occasion of John’s fiftieth birthday. On June 10, 2019 John Ogilvie would have been 75 (he passed away last year). As of June 10th, the website has been in operation for twenty-five years.

As of today’s date (June 2019), the business as it exists now has been in operation, through a succession of families, for a hundred and thirteen years.

However, the story goes back still further, to the 1870s, to almost a hundred and fifty years ago. 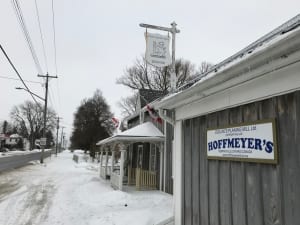 “We do not have much in specifics,” notes Reg Ogilvie, “but prior to 1906 there was a wood well pump head factory in the building dating back we are told to the 1870s – around the same time the cottage was built beside the mill.

“In fact many old relics from that time still hang on the wall and from the ceiling of the shop. That business fell by the wayside around the turn of the century when the pump heads became completely iron, and when Henry Hoffmeyer came along.”

Sebringville is close to Stratford where houses in neighbourhoods, such as by the Festival Theatre by the Avon River, date from the same era (late 1800s to early 1900s) as when Hoffmeyer’s Mill was founded.

An April 24, 2006 Globe and Mail article (that is, thirteen years ago, as of today’s date) by Dave LeBlanc is entitled: “‘It’s the high-tech saving the low-tech.'”

Along with other newspaper articles and YouTube videos at the mill’s website, the Globe article highlights the history of Hoffmeyer’s Mill.

The Globe article notes that: 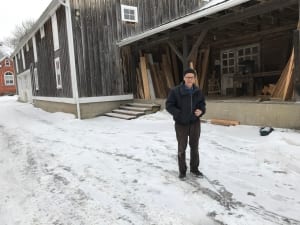 On a visit to Hoffmeyer’s in February 2019 we had a look at the solid wood combination doors, with just the right vintage look, that the shop specializes in.

The doors are designed for easy switch between a screen insert for summer and glass insert for winter. 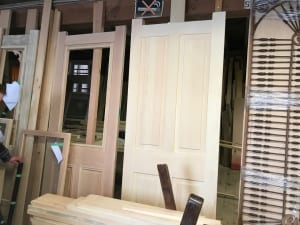 We’ve also bought shiplap panelling from the mill, and are very pleased with the look and feel of the shiplap, newly installed at a room at our house. 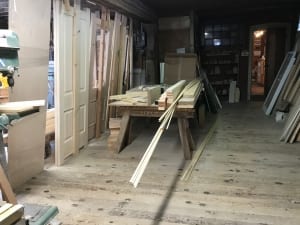 We are impressed with the history of this old woodworking shop, and the quality of its products. Beyond question, they do a great job serving a niche market for well-designed reproductions of fixtures for old buildings in Ontario, and ‘most’ anywhere else. 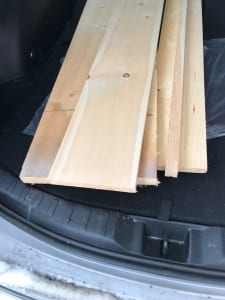 On a visit to Hoffmeyer’s Mill in February, we picked up lumber for home project. Jaan Pill photo

Hoffmeyer’s serves customers who have a desire the keep such buildings in the best possible shape, and to maintain a vintage look that is close to the original as possible.

On our visit in February 2019, owner Reg Ogilvie showed us some fixtures that were being made for owners of a Century Cottage in Stratford. The owners were making a point of returning their heritage building to its original form, removing a number of additions that had been added to it, over the past century.