Diane Chapman has recently sent me an email message with some attached files; I read the message with much interest.

Here are pictures of class of 1949 taken at the Long Branch Army Camp also known as the Rifle Range. The teacher was a Miss Hoffman, some of the names in the picture. Bobby Jung, Teddy Long &; Billy Hepworth. The names are hard to read because of the age of the printing, however I am able to read them. There is also a picture of myself on a swing which was probably taken in 1949 as well.

Hope you can view them.

These are awesome Diane! I will post them to my website. I so much appreciate being able to post them. They will add immeasurably to the Long Branch Army Camp / Rifle Range stories.

Among previous posts that are connected with the current post is one entitled: 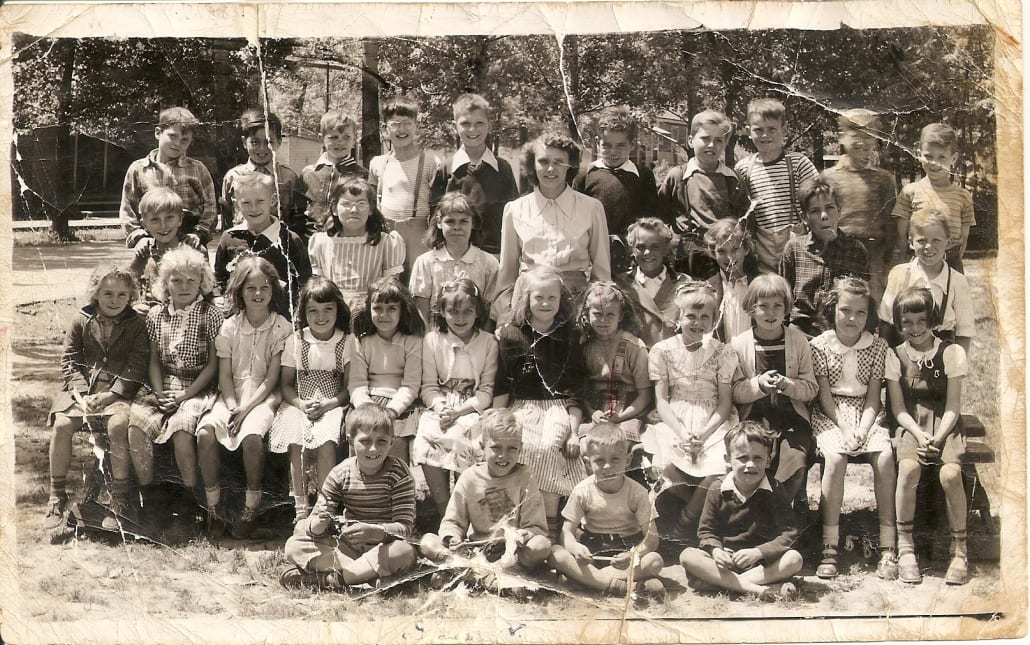 Class of 1949 at Long Branch Army Camp also known as the Rifle Range. The teacher was Miss Hoffman. Some of the students in the picture include Bobby Jung, Teddy Long, and Bill Hepworth. Photo source: Diane Chapman 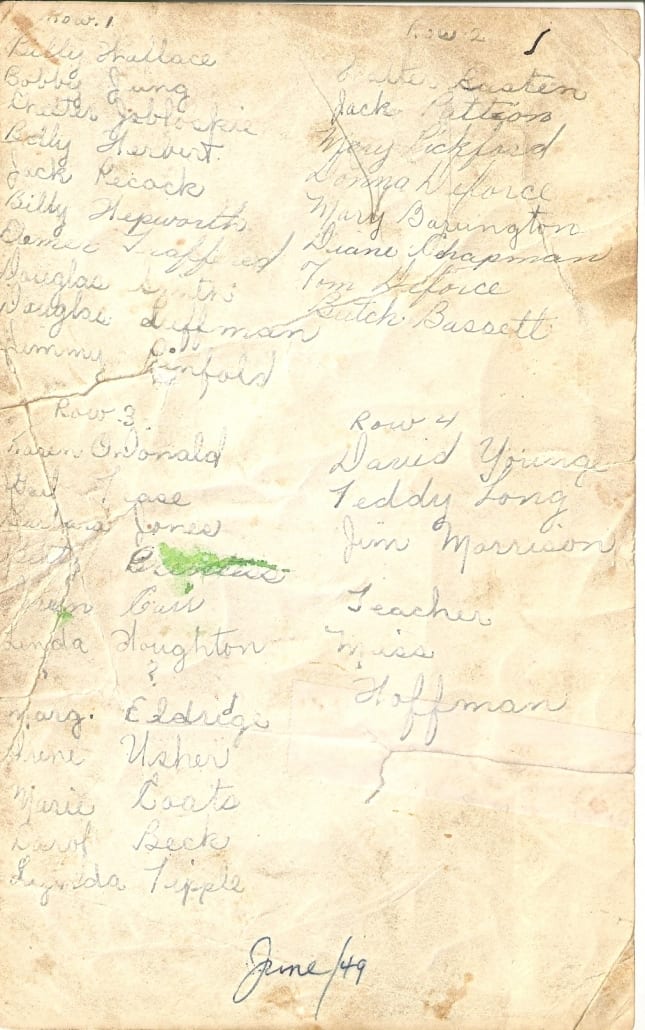 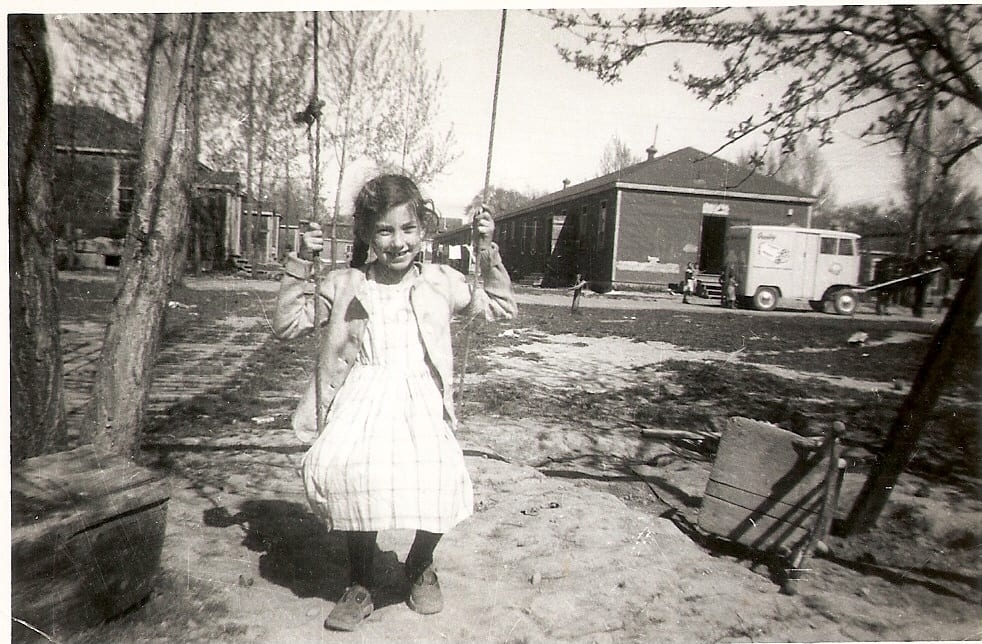 Diane Chapman, the subject of this photo from the Long Branch Army Camp, notes the photo was probably taken in 1949. Photo source: Diane Chapman