Downtown Yonge St. has changed since 1975, but the range of personas that you encounter remains much the same 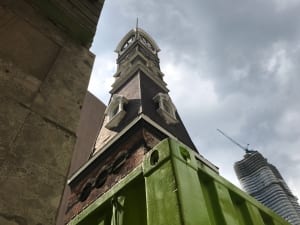 We live in Stratford, where we moved in October 2018 after selling our house in Long Branch in July 2018.

During  my walk along Downtown Yonge St., I reflected on previous visits to the street since 1975, when I had first arrived in this city.

I thought about what had changed in the neighbourhood, and what had remained the same. Over the next couple of days I wrote some drafts of the current post. 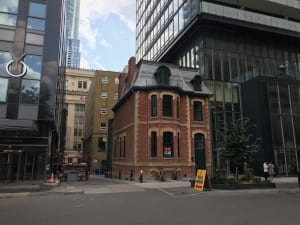 At a previous post, I described a three-hour walking tour of Midtown Toronto, including a walk along Yonge St. between Eglinton St. and Davisville Ave. on June 25, 2019 during a previous visit to Toronto.

The Midtown stretch of Yonge St., like the Downtown stretch, is similar in that new tall condos are in place in both neighbourhoods. The atmosphere is somewhat different, however, in terms of personas, or character types, that you encounter on the street.

At still another previous post, I noted that, as a blogger and local history enthusiast, I have encountered sufficient personas to populate a work of fiction. Among the personas I mentioned at that post were:

Range of personas has not changed all that much, on Yonge St. south of Bloor 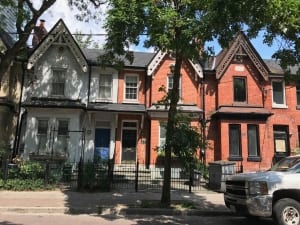 We began our July 23, 2019 walking tour of Downtown Yonge St. with a snack, at 4:00 pm, at the Aroma Espresso Bar – I had a smoked salmon sandwich on whole wheat bread – at St. Joseph St. and Yonge St.

The Aroma eatery exudes a characteristic sense of diversity and energy, two qualities that I would say (and as a younger person has remarked to me, some time ago) sum up Toronto really well.

Later at this post, I will say a few words about personas (character types) that I observed, on this particular walking tour, but I will not list a series of such personas, as I did in my previous post of Jan. 23, 2019. 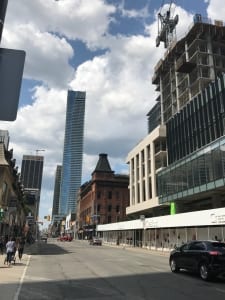 In walking along Downtown Yonge St. and some nearby streets, some general impressions did arise for me, regarding this Toronto neighbourhood.

I thought later about how such general impressions could be explored in a more refined way – and I also thought about what value there may be, or may not be, in seeking to further refine such impressions.

I can think of at least six ways in which such general impressions can be organized, and refined:

However, this post is about general impressions; it’s not concerned with more refined, or further developed, impressions. 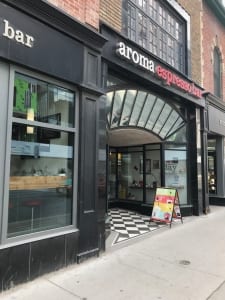 My general impressions of Yonge St. south of Bloor and north of Dundas are based on my first encounters with the street 40-plus years ago, in the mid-1970s, and based as well on my most recent visit to the same street a few days ago.

What strikes me most of all is the persistence of street personas. 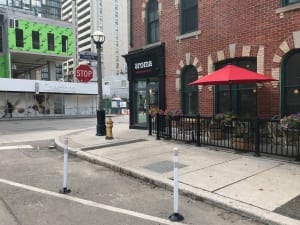 Yonge St. from what I can see has roughly the same personas walking, and expressing their characteristic states of being, as was the case 40 years ago.

In some perhaps rare cases, the same individuals now walking along Yonge were walking along the same street in roughly the same roles and circumstances, as they found themselves in, 40 years earlier. They would now just be that much older, and wiser, but aside from the passage of the years, the same persona or character type might, in each case, be evident

Life trajectories sometimes change, but not all that often

Once a given life trajectory has been set for a person, typically during the first six years of life, it tends to remain pretty much in place, according to research evidence that I’m familiar with, about such matters. The topic in this regard concerns research about early childhood learning, as discussed at previous posts.

There are exceptions, of course. My own personal narrative, which I will just mention in passing at this point, changed dramatically in 1987, at the age of 41. The trajectory of my life changed dramatically for the better in that year, after a lifelong quest, as I have explained elsewhere. But I have the sense that doesn’t happen all that often. 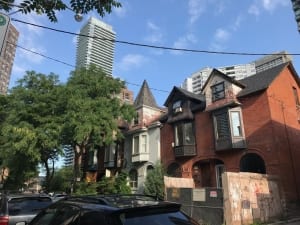 So, along Yonge St., in many cases, the personas would be the same, but newer generations – people who are now in the midst of the years of childhood, adolescence, or early or middle adulthood – would be performing the roles.

Different people move in and out of a role (that is, step into and eventually fade out of a given role, in the course of a life cycle), associated with a given persona, as the years come and go, but the persona remains pretty much the same. That is my impression, as one observer.

The range of personas, evident on Downtown Yonge St., are signaled by (among other things): 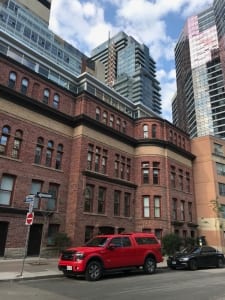 By way of concluding my quick and general overview of general impressions from a walk along Yonge St., I will say a few words about how posture signals persona.

I speak as a person who spent a year in the late 1970s studying a version of the Alexander Technique and the Feldenkrais Method – again, as noted at a previous posts or posts at this website.

A relaxed and upright posture, in which the top of the head is reaching upward toward the sky above as far as a given individuals’ body framework permits, is one type of readily observable posture.

Toddlers tend to demonstrate such a posture as a matter of course, as will a person whose basic needs, with reference to materiality and social connections, are readily met, from day to day, and year to year. 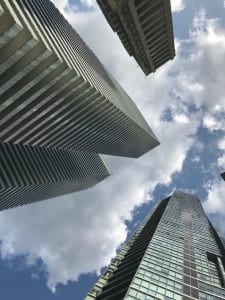 Another posture that an observer might see is one in which a person’s neck is sticking far forward in front of the body, instead of being held up more or less straight.

A corresponding persona is associated with the latter type of posture, by way of example.

These are details that are readily evident, when we observe postures in streetscapes along Yonge St., or anywhere else where people are walking. 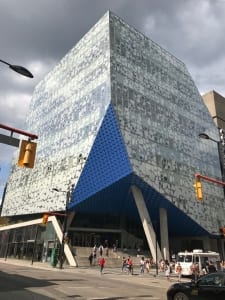 Sometimes, speaking in general terms, the posture that we see is reflective of a life of ease, or we may see a posture that reflects a life where stress and tension prevail.

We may also, perhaps, see the attenuation, accentuation, or exaggeration in habitual posture – whatever that posture may be – that comes with the passage of the years, as we age.

These are general impressions that have occurred to me, on my recent walking tour of Downtown Yonge St. and the nearby streets of this neighbourhood in the city of Toronto – a city of tremendous diversity and energy.

Diane Chapman has shared some awesome 1949 photos from the Long Branch Army... Many resources are available for the restoration of heritage properties
Scroll to top