80th anniversary of mobilization of the nation, with special attention to contributions and roles of women, Indigenous peoples, and home front

The event marks the 80th anniversary of the mobilization of the nation, with special attention paid to the contributions and roles of women, Indigenous peoples and the home front. 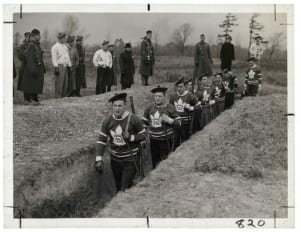 Connecting Torontonians in a meaningful way to the sacrifice of Canadians in the Second World War, this occasion marks the last opportunity to pay homage to those veterans still alive.

Aspects of Enlightenment thinking are  problematic – they give rise to... How to set up a local history website; some notes about starting neighbourhood...
Scroll to top