Ronald Wright (2004) has characterized civilization as a pyramid scheme

Warfare is ongoing feature of human life, before and subsequent to advent of civilization

When I think about civilization, I think about the fact that, from time to time it has been argued that things have not been turning out as well as European Enlightenment enthusiasts have or had predicted.

I would argue that bad turns have long been a feature of civilization. It’s not something that just popped up in recent years. 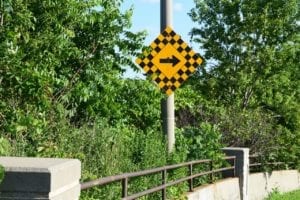 An overview of the Iraq War at the Encyclopaedia Brittanica website notes:

Coalition casualties had been light in the initial 2003 combat, with about 150 deaths by May 1. However, deaths of U.S. troops soared thereafter, reaching some 1,000 by the time of the U.S. presidential election in November 2004 and surpassing 3,000 in early 2007; in addition, several hundred soldiers from other coalition countries have been killed. The number of Iraqis who died during the conflict is uncertain. One estimate made in late 2006 put the total at more than 650,000 between the U.S.-led invasion and October 2006, but many other reported estimates put the figures for the same period at about 40,000 to 50,000.

The Iraq War illustrates a key feature of what the anthropologist and political scientist James C. Scott characterizes as seeing like a state. In such an aggressively oversimplified, pared down way of seeing, evidence that is suitable for state officials to see forms the basis for action, in many cases leading to events with disastrous long-term consequences. The outcomes are disastrous because that which is local, and practical knowledge related to local conditions, is ignored.

Boat on which my father and grandfather and other refugees crossed the Baltic Sea to Sweden from Estonia in September 1944 during the Second World War. Other family members travelled across the Baltic on other boats. The photo is from a post entitled: ‘Of course, bold socialists intent on destroying rather than reforming capitalism have brought about some rather unpleasant historical outcomes’ – Aug. 2, 2018 Atlantic Monthly article.

I now live in Stratford, where I am blessed with some actual benefits of civilization, which in my mind includes enjoyment of top-level performances of plays by William Shakespeare.

Another benefit of civilization that comes to mind are the short stories of Alice Munro. I mention her because if you want to get acquainted with Southwestern Ontario (and the human condition anywhere, period), fiction by Alice Munro will quickly bring you up to speed. I recently finished reading her first collection of short stories, The Dance of the Happy Shades. If you haven’t read Alice Munro, now is a good time to start.

The post at which I refer to Ronald Wright focuses on a turn at the southern end of Brown’s Line as you’re approaching Lake Shore Blvd. West. A photo – Image 6, above – shows a sign that was located in 2017 at this turn. By 2019, a flashing warning sign had been added to a sign at that location, as a way to bring attention to the fact that speeding around this curve can be lethal.

I have often walked along the curve such as on my way to and from the Alderwood Public Library. It’s of interest to drive along the roadway even now.

When we lived in south Etobicoke I often went for long walks. By way of example, I often walked to the Humber Fitness Centre at Twenty Fourth St. and Lake Shore Blvd. West. I have been a community member at the centre since it opened. I still visit the gym when I have time to during visits to Toronto. It’s a great way to maintain a tangible connection to the community. It’s of interest to see what is changing in the neighbourhood and what has remained the same.

Among the things I frequently encountered, as a pedestrian in Toronto over the years, were stark reminders that extreme vigilance is required, just to stay alive.

Pedestrians also get killed in car collisions in Stratford and elsewhere in Southwestern Ontario, but such events are relatively rare in comparison to Toronto.

At the current post I have also included a photo from a refugee scene on the Baltic Sea in September 1944. Before we moved to Stratford, my memories about the past mainly centred on Toronto where I lived from 1975 to 2018. Since the move, however, I think back further, even as far back as the late 1940s when I was a young child in Sweden where I was born after the end of the Second World War.

As well, the current post features a photo from a previous post of a hex bar. I enjoy strength training. Over the years I’ve come to enjoy using the hex bar for deadlifts which in my case is a better piece of equipment for doing the deadlift than a barbell.

Over the years I’ve gotten to know many fitness facilities. The Humber Fitness Centre is the best one that I’ve encountered. Architecturally speaking this is a vey attractive, beautifully designed facility. There’s plenty of space to move around in and the equipment is well looked after. The layout of each floor works really well. From the top floor you can get a good view of activity on the street and also see Lake Ontario. That’s a great location for a gym. As well, the staff and everybody else are consistently positive and friendly.

Currently, I’m saving up money so I can renew my membership at the YMCA fitness centre in Stratford, which is also a great place to work out. In the meantime, I lift free weights at home and work out at the Humber facility when I can during visits to Toronto.

After a recent visit to the latter gym, I was very sore for several days after my workout. That’s because I haven’t been working out as intensively as usual in the last while. I follow a routine where I have a week to rest each muscle group, meaning that being sore for a few days after a workout is no big deal.

After 30 years of strength training, a person can tell at once what kind off shape they’re in, when they visit a gym. I’m looking forward to getting back to working out at the Stratford YMCA. As I you may know, it’s recommended that everybody engage in strength training – such as twice a week – as otherwise we start to lose muscle mass once we’re past the half-century mark. Lots of people do engage in strength training for this reason. In the event you’ve thought about this but haven’t gotten around to it, now is a good time to start. Being in good shape makes every aspect of life that much more enjoyable.

A Dec. 20, 2019 Brookings Institution article is entitled: “Is change likely in Iraq?”

An excerpt (I have omitted embedded links within the text) reads:

The unrest involves a wide range of social groups and numerous parts of Iraq, suggesting the depth of popular anger at the government, resentment towards the heavy Iranian role, and dissatisfaction with difficult living conditions in Iraq. Iraq is one of the world’s most corrupt countries, and protesters unsurprisingly rail against this. Many other problems, such as the government’s decision to transfer and snub Lieutenant General Abdul Wahab al-Saadi, the popular counterterrorism service commander who led the fight against the Islamic State in Mosul, are often seen in that light, with protesters believing that the general was being punished for refusing to go along with corruption.

A high body count is adding to popular rage. Specifics are elusive, but Iraqi security forces and paramilitary groups, operating with support and direction from Iran, have killed at least 400 Iraqis and injured several thousand more. Important Iraqi figures, such as the popular Grand Ayatollah Ali al-Sistani, have called for new leadership and a rejection of foreign influence. Many other leaders are publicly embracing at least some of the protesters’ agenda while at the same time worrying about their possible loss of power and looking for opportunities to ride this wave.

Iraqi President Barham Salih said in a statement issued by his office that he would not name the governor of the southern Basra province, Asaad al-Eidani, as the country’s next prime minister “to avoid more bloodshed and in order to safeguard civil peace.”

Al-Eidani’s name was proposed on Wednesday by the Fatah bloc, which includes leaders associated with the Iran-supported paramilitary Popular Mobilization Forces. His nomination was promptly rejected by Iraqi protesters who poured into the streets Wednesday demanding an independent candidate.

A Jan. 2, 2020 Brookings Institution article is entitled: “Around the halls: Experts discuss the recent US airstrikes in Iraq and the fallout.”

The storming of the embassy was partly the proxies reasserting their presence in the country and partly an attempt to diminish the protest movement. For the coming weeks, they’ll have the upper hand in the political theater, which is precisely what they wanted. Their rivals can only hope they won’t be able to sustain the momentum.

Infused – Adventures in Tea (2019) is a book about tea that I highly recommend;... Kindly Presbyterian couple registered themselves as alcoholics, thereby ensuring...
Scroll to top