We’ve posted valuable new comments from site visitors in recent days; I’ve featured them at the current post by way of bringing attention to them.

The following comment concerns the Marlborough Golf Club which was located close to Cartierville School in Montreal.

Question from Darryl Wade regarding Marlborough Golf Club in Cartierville

Hi, my name is Jay Swarbrick, My father was the last full-time golf pro at Marlborough. He was the head pro there for a couple of decades. I have fond memories of the place and many of the people. As a pre-schooler, I caddied and worked in the back pro shop cleaning clubs when they came off of the course and maintained the golf carts. My brother Jim Jr. did the same. My mother, Betty, worked in the pro shop selling golf equipment and renting the gold carts. It was a family affair, for sure. Sadly, mom and dad are gone now.

Wonderful to read your message, Jay. From your description, I can picture the scene – with all of the family closely involved. I never knew your mom or dad, but my sense is they were good people who lived productive lives, in a beautiful setting.

I was many hours as a happy caddy at marlborough. Then there was always a great hot dog lunch at a place across the street from the park. And then a visit to the shooting gallery at the park.

We’ve also had some recent comments from Marty Butler’s daughter. There had been a question at a previous post asking for information about Marty Butler’s family. We now have an answer thanks to a message from Kimberley Butler. 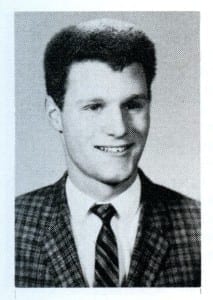 I am Marty’s daughter. I just found this site while googling my father’s name. Thank you for putting this altogether. Feel free to reach out if you have any questions. It’s nice to read the lovely comments about my dad.

I am Marty’s daughter Kimberly. I am 43 now and I have a sister, Andrea, who is 46. My dad passed away when I was 19. My parents were divorced when I was three. My mother is now remarried and we are all living in Georgia.

The latter message was in response to a Feb. 11, 2018 message, at the above-noted post from Don Pollock:

I met Marty in the Fall of 1964 when he was my student teacher in Grade 6 at Parkdale School. Marty and I became good friends and my now wife of 43 years loved going to the piano bar at the Ritz on Sherbrooke St. in Montreal in the evenings. Eventually he sang at our wedding in December of ’74.

Marty was kind, generous, funny and genuine! He left the world a better place and I wish my kids and grandkids could have met him.

Does anyone know if he left a family behind? I would love to encourage them, even though Marty passed away so long ago?

Many thanks for your special comments! 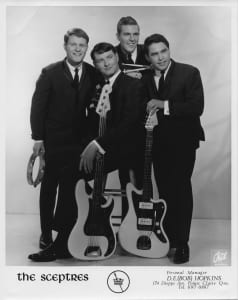 Of interest to note that Marty Butler spent three years from 1966 to 1969 touring, along with two other MCHS grads, Bill Ott and Tim Hewlings, with the Sceptres; details about this early stage of Butler’s music career are available at an earlier post entitled:

Ken Kingsbury is doing research on Alfred Ramcharan, who was a teacher at Malcolm Campbell High School

At that post, as Bob Carswell has recently reminded me, I have shared the following note:

Comment from Ken Kingsbury regarding Marty Butler and The Bells

Malcolm Campbell HS is everywhere I turn these days, Jaan! I’ve been researching Alfred Ramcharan, who turns out to have taught at MCHS… now I’ve been just digitising my old “The Bells” LP (Fly, Little White Dove, Fly) and checking out the songwriter credits – Marty Butler is credited with three of the songs on side one. The three tunes are “Fly, Little White Dove, Fly” (classic!), “Yesterday Will Never Come Again”, and “I’m Gonna Get Out”.

I found a newspaper article on Marty Butler, in the Brandon Sun, 15 Jan 1973:

For the following text, I’ve created a Word file based on a PDF scan of a relatively low-resolution printout of the article, and have then corrected the file. There’s always a chance errors have crept in. I mention this in passing.

KITCHENER. Ont. (CP) – Modern-day song writing, at least for Mon­treal composer Marty Butler, is not the key-picking, note-writing process that had frequently been depicted in the movies.

Nor is today’s song-writing partnership, as exemplified by Butler and his lyricist partner Rob Bilyk, two men glaring at each other over a scattering of papers filled with musical scribblings.

Butler hums or sings nonsense words to his melodies onto a cassette tape and mails it, along with suggestions of a possible rhyme-scheme for the lyrics, to Bilyk who lives in Toronto.

Sometimes, Butler may write the complete song, music and lyrics, and put both their names on it, or a song credited to both might be entirely composed by Bilyk.

Both also retain a freedom to write entirely for themselves and take all the credit individually.

It’s an easy-going, friendly partnership that has resulted in their being tagged the Burt Bacharach-Hal David song-writing team of Canada.

Butler, who recently stopped over in Kitchener on a promotional tour, recalled that initially when Bilyk had suggested a partnership in which each included the other’s name on their songs, whether or not they combined in writ­ing them, “I thought he was trying to con me into something.”

That was close to a decade ago when both were students at Montreal’s Sir George Williams Univer­sity. Since that time the partnership has produced a couple hundred songs, probably the best-known being Fly, Little White Dove, Fly, the interna­tional hit recorded by The Bells.

Butler has more recently scored a personal success with a song called Can’t You Hear the Music, which was chosen as the best song of a Canada-wide songwrit­ing competition that drew more than 5,000 entries. Butler received $10,000 in prize money, sang the song himself on a national television special and has a single recording of it currently getting a fair amount of air-play.

Butler described how the song came about:

“I was stuck in a traffic jam one day in Montreal and I was cursing like mad, but all of a sudden l felt this melody coming on. So when I got home I rushed up and put it on tape.

“When the song-writing contest came up and a friend of mine suggested I should send it in, I put lyrics to it.

“To get across the idea of travelling across the country, I mention in the song different physical things you’d see in each of the provinces. When I’m out east, I say ‘coals and potbelly stoves’; I get into Quebec and I talk about the islands and the lakes and I talk about golden fields and sowing oats in the prairies.”

Hearing one’s own com­positions sung by others “is quite a proud feeling,” Butler said. “Also, there’s quite a bit of satisfaction coming out of recording my own material.”

It’s of interest to know of Marty Butler’s long-ago connection (on a promotional tour) to Kitchener.

I do not know if the above-noted text is the full text of the Canadian Press article. I would be interested if any online visitor can help, with regard to tracking down this detail. 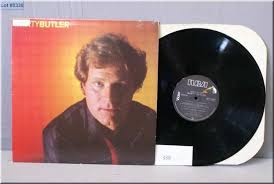 At a previous post referred to above, we have information about Marty Butler’s career as a musician and teacher. The all music.com website also presents an overview of his music career:

To turn to the present moment, our sole portal into the past, our next MCHS luncheon in Toronto takes place at 12:30 pm on Thursday, Jan. 16, 2020 at the Mandarin Restaurant on the Queensway east of Kipling Ave. In the event you would like to join us at this event, please send me an email at jpill@preservedstories.com so that I know exactly how many people to make reservations for.

Anyone (and friends and family) who attended MCHS (graduated or not) are welcome to join us. We welcome newcomers to the group as they bring us fresh perspectives.  We like the Mandarin because we can each choose what to eat and can walk back and forth to the buffet – it’s a ‘walking lunch.’

Now is also a good time to continue discussion about an MCHS luncheon in Ottawa in the spring of 2020. A number of people have indicated interest in such an event.

We anticipate that Graeme Decarie, who taught at MCHS in the early sixties and later at Concordia University, will be able to join us.

Please let me know, if you are interested in joining us for an MCHS lunch in Ottawa sometime around the spring.