Jennifer Pagliaro, Toronto Star: “In nearly six years covering city hall, this is one of the clearest and best-written reports from staff I’ve ever read”

The above-noted quote is from Jennifer Pagilaro on Twitter.

A Feb. 5, 2020 Toronto Star article by Pagilaro is entitled: ‘If Toronto could create 1,800 new supportive housing units every year for the next three years, there would be enough homes for everyone currently experiencing chronic homelessness in the city, a city report has found.”

“Building 1,800 supportive housing units a year would end chronic homelessness in Toronto, report says. The city only has funding for half.”

On Twitter, Jennifer Pagilaro writes: “In nearly six years covering city hall, this is one of the clearest and best-written reports from staff I’ve ever read. Here it is if you’re so inclined:

The HousingTO 2020-2030 Action Plan, approved by City Council in December 2019, established a target of 40,000 new affordable rental homes approvals including 18,000 units of supportive housing over the next ten years. The HousingTO plan identified that achieving this supportive housing target is critical to addressing homelessness and the housing needs of vulnerable residents in the city of Toronto.

In November 2019, City Council directed the Deputy City Manager, Community and Social Services to report to Planning and Housing Committee with a plan to create 600 units of supportive housing on an annual basis starting in 2020. City Council also requested the federal and provincial governments to each commit to providing funding to meet the supportive housing target to assist in addressing the City of Toronto’s growing homelessness crisis.

This report responds to Council’s request. It identifies the current initiatives already underway for 2020 and highlights a number of strategies to achieve the supportive housing target, which will be further developed as part of the HousingTO implementation plan that will be brought to the Planning and Housing Committee for approval in June 2020.

To successfully achieve the targets set out in HousingTO, a joint multi-year supportive housing strategy and investment plan for Toronto will need to be established in partnership with all orders of government. The strategy and investment plan will determine the funding commitment required from all orders of government, including the City’s contribution, to deliver on the HousingTO supportive housing targets and secure the investments needed for longer term solutions to homelessness.

One in two households earn less than a living wage in Perth & Huron. These photos, taken by residents, underline the impact of low incomes 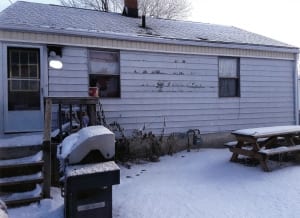 A London program is helping women who are caught in a cycle of survival sex work find secure and stable homes and, in some cases, get out of that type of work altogether.

The Street Level Women at Risk program (SLWAR), which started three years ago, placed all 59 women who came through the program in homes. From that total number, 44 women were able to stay housed, according to a report released by the city this week.

The program helps women who are forced to trade sex for basic necessities, such as food, clothing or a roof over their heads. This is referred to as survival sex work.

A March 6, 2020 Guardian article is entitled: “Shocking rough sleeper deaths show the NHS is failing those who need it most: People on the streets are dying decades early, often of treatable conditions.”

Official statistics reveal a shocking story of early, avoidable death. In 2018 the average age of people who died while homeless in England and Wales was around 44. In other words, these 726 souls typically died more than three decades too soon, losing 22,000 years of life between them.

Contact details for celebrated (also intelligent, good looking, and witty) retired... ‘She’s my cathedral’: 250-year-old tree may be saved with...
Scroll to top