A Dec. 22, 2021 CBC article is entitled: “Hidden behind buildings, the last of Mimico’s opulent lakefront estates is still standing: Myrtle Villa was owned by businessman James Franceschini from 1925 to 1950” 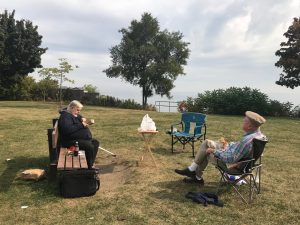 McCreath’s grandfather was James Franceschini, an Italian immigrant who founded Dufferin Construction and bought the Mimico property in 1925.

Naming it Myrtle Villa after his only child — McCreath’s mother — Franceschini made the estate an opulent hub for entertaining, complete with a dance floor on the edge of the lake.

“He would have bands play, and entertainers, so it was really an event when you came here,” McCreath said.

But despite the fortune he built up through his business, Franceschini’s life wasn’t easy, McCreath continued.

Moving to Canada at 15, Franceschini felt pressure to be accepted by the English-speaking business community in Toronto, and caused “quite a stir” when he married McCreath’s grandmother, Annie Pinkham.

It’s been getting on to four years since we moved from Long Branch where we lived for twenty-one years.

In recent years, I’ve been looking back from time to time on things I learned about Long Branch, New Toronto, and Mimico during the years (1997 to 2018) that we lived in Long Branch. 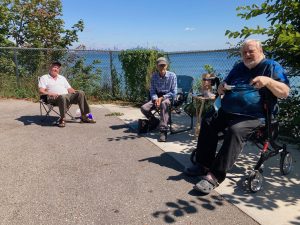 I have the luxury at the current post of just speaking in general terms. In the past, everything that I said had to be attributed to some piece of evidence or whatever it was that I was citing. Now, at least at this post, I can make some general observations which I can summarize as follows:

There are many ways to get things done.

If official bodies, formal bodies, are in place to get things done, that is a big plus. When such bodies are not in place, informal networking and task force arrangements can work just as well.

Mimico is an interesting situation. For example, what is the eastern border of Mimico? And, when a local residents association in that neighbourhood defines its area of activity, where on the east does it draw its boundary line? Such an interesting question.

In general, my interests include land use as a concept, and space use as a concept. A related area of interest is language usage. To which I can add: historiography: How do we determine what is history, and how does that relate to power dynamics, to power relations?

Blurbs can tell us many things; blurbs can readily lead us astray.

So many topics of interest to ponder. 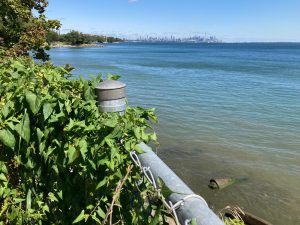 On Sept. 2, 2021, we met for a high school picnic at an apartment parking lot with a great view of Lake Ontario. We learned how Bois-de-Saraguay in Montreal was saved from destruction.

Another recent post, this time about New Toronto, is entitled:

Do you remember restaurants along Lake Shore Blvd. West in South Etobicoke in the 1960s?

Do you remember restaurants (including Lou’s Campus Grill) along Lake... Ordinary People as Mass Murderers: Perpetrators in Comparative Perspective ...
Scroll to top