My name is Jaan Pill (MCHS ’63). I was president of the Student Council at Malcolm Campbell High School. A key thing that I remember from MCHS is that Jenning Dai nominated me to run for the office of president. Jenning told me I should run for office because he’d noticed I was always outspoken in expressing my opinions in English classes. I rehearsed my campaign speech endlessly. The speech went well, many people – including Scott Munro who served as our campaign manager – helped me organize our campaign and I won the election. Scott did the photography for our campaign posters and also helped us craft the slogans.

My campaign speech, which I delivered on two occasions to a packed house at the MCHS auditorium – I remember Mr. Lewis standing way at the back watching intently – was based on a key theme from the John F. Kennedy inaugural address of Jan. 21, 1961. The JFK speech includes the classic line: “Ask not what your country can do for you, ask what you can do for your country.”

Various people have suggested who originated the text in the 1961 JFK inaugural address; many theories exist. I modelled the text and cadences of my Student Council campaign speech on the inaugural address and practised it day after day, standing at the top of the stairs at our house on Lavigne Street in Cartierville. 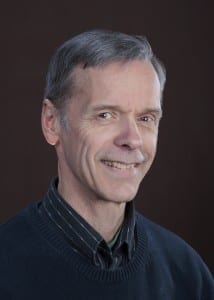 Jaan Pill. The photo is by Walter Psotka, who is also the official photographer for the MCHS 2015 Reunion taking place at Old Mill Toronto on Oct. 17, 2015.

My campaign speech, as best as I can recall, began with the words: “In your hands, instead of mine, will rest the final success or failure of the Student Council.” All that happened over fifty years ago. John F. Kennedy was still in office at the time.

My other minor claim to fame is that, at the MCHS June 1963 graduation ceremonies, I received an award for Academic Achievement in English. I’ve always enjoyed the study of language; it’s my belief that we shape our stories and our stories shape us. That’s been a key principle in my community self-organizing work over the years. My own story is a small one, in the larger scheme of things. Many other grads and people in general have stories that vastly surpass my own, but each person’s story has value, I believe, and warrants celebration.

After graduating, it took me a while to find my way. Eventually I became a teacher, because I noticed that infants and toddlers were convinced I was a celebrity. I began as a substitute teacher at a day care centre and later became a public school teacher. Among other grade levels I taught elementary school. My favourite activity was arranging role plays and dramas created by students. People had such a great time, and so many kids found out that they had a flair for drama that they had not really ever tuned into before, except possibly they had tuned into it in very early childhood and had then forgotten about it. Live music, live dance, live drama: People have so much fun!

The person that we are in high school

I’m the same person I was in high school and also a different person. Our sense of self and our personality changes over time, while some things about us stay the same. My voice as a writer, as a blogger, is the voice I developed writing for audiences of fellow students, and teachers, when I was in high school. I like to think I’ve mellowed a bit, and am slightly less opinionated, but it’s the same voice. In working on the reunion, I’ve also developed a real appreciation for the highly developed writing skills of other 1960s-era MCHS students – among them Howard Hight and Diana Redden among many others.

I’m a beginner practitioner of mindfulness. A page devoted to my interest in this area (see link in previous sentence) has received a good number of page visits. Until I checked the site statistics, it would not have occurred to me that many people would want to know about my reflections upon the topic of mindfulness.

From early childhood, through my adolescence and even now, I’ve been fascinated with a simple question: How do we make sense of the world? How do different people arrive at their characteristic ways of seeing the world, and operating as agents – developing and manifesting a sense of agency – within it?

I retired from the Peel District School Board in 2006. I am married and have a daughter. My wife May Jolliffe will attend the reunion. I enjoy doing volunteer work with a focus on community self-organization. I have a small business putting together and preserving people’s stories. I also have a website called Preserved Stories.