You can view a copy of the bylaw – including the statement of significance and reasons for designation – here:

A City of Toronto background file, prepared during steps involving input from a large number of residents, leading to designation of the property under the Ontario Heritage Act, can be accessed here:

Preparations underway to restore the building to mint condition

The new owners for this property are making preparations to restore the building’s exterior.

Many letters were written by Toronto residents in support of the designation of 58 Wheatfield Road under the Ontario Heritage Act.

For the current post, I want to share the text of one of the two letters that Bob Carswell of Toronto wrote.

Letter of Feb. 26, 2019 to Toronto Heritage Board from Bob Carswell of Toronto

The following letter, one of a large number of letters in support of designation of the heritage property in question, is from Bob Carswell. 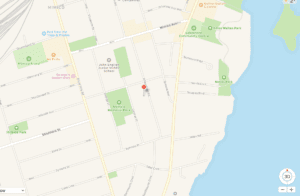 His message, which reads as follows, was included it on the agenda for the Toronto Preservation Board meeting on February 27, 2019:

I wish to add some additional comments in support of the designation of 58 Wheatfield Road under the Ontario Heritage Act. Unfortunately, other personal priorities prevented me from adding this to my original submission until now. Here are a few things that the committee also needs to consider to ensure the right decision is made.

The City of Toronto staff report in favour of the designation is a valuable resource, which documents the heritage value of the property in question.

An additional excellent source, which offers impressive evidence in support of the designation, is a May 25, 2012 document entitled: Mimico 20/20 Revitalization – Cultural Heritage Resource Assessment prepared by URS Canada for Heritage Preservation Services at the City of Toronto department of planning. 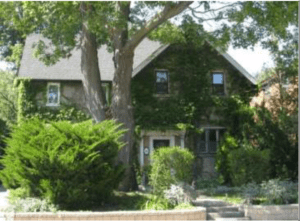 The above-noted document refers to the heritage attributes of 58 Wheatfield Road among other heritage properties in Mimico. The sources listed on pages 88-9 appear to this writer to be generally authoritative and solid.

It may be noted that multiple sources – such as architectural records, historical maps, and fire insurance plans – have been consulted. The documentation does not rely, by way of example, exclusively on the work of one or another amateur historian, whose capacity to verify and corroborate data (such as dates) may, on occasion, be limited.

I wish to refer, as well, to a document recently published by Heritage Toronto, entitled Changing the Narrative – State of Heritage Report 2019.

The above-noted document underlines three key points, that are directly relevant with regard to the solidly documented heritage properties related to 58 Wheatfield Road.

First, the report emphasizes that heritage has to do with social heritage as well as building heritage. We are, that is, talking about people – the people who live in Mimico and in Toronto – as well as about the buildings themselves. The Mimico 20/20 cultural heritage resource assessment, referred to above, positions 58 Wheatfield Road within a history involving human beings of a previous generation.

Thirdly, the above-noted document underlines that extensive research supports the observation that heritage preservation enhances the economic life of communities where heritage resources have been preserved. This is a point that warrants emphasis: There is strong, measurable economic value, in ensuring that buildings such as 58 Wheatfield Road are preserved.