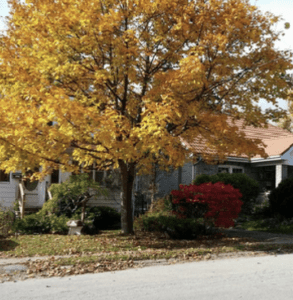 The following message is from the Long Branch Neighbourhood Association:

On July 3rd,, 2019, the Toronto Local Appeal Body (TLAB) released its decision on a proposed severance of 70 Thirty Sixth Street. Mr. Ted Yao, who was the presiding member for TLAB, refused the appeal in a 23-page decision order.

The owners of 70 Thirty Sixth originally applied to sever the property into two lots and build two new homes. In addition to being opposed by owners of neighbouring properties, the application was opposed by Urban Forestry and Councillor Mark Grimes. City Planning expressed concerns over the severance and variances in their July 24, 2017 Planning Report and recommended deferral. The Committee of Adjustment refused the application on December 7, 2017.

The owners subsequently appealed the Committee of Adjustment decision and the appeal went to TLAB.

At the request of Councillor Grimes’ office, the City assigned one of their lawyers to the appeal and 8 residents were accepted as Participants for the hearing so they could be heard.

The Long Branch Neighbourhood Association (LBNA) was also granted Participant status as well as the right to lead and cross-examine witnesses and make closing submissions. Behind the scenes, the LBNA supported the residents with coaching and preparation and review of documents. The LBNA also liaised with City Legal to coordinate our respective cases and to avoid unnecessary duplication.

The entire hearing required 6 days from July 26, 2018 to June 19, 2019. The number of days was a reflection of the complexity of the case and the elapsed time from start to finish was a function of having to schedule more days than originally planned and finding dates that worked for all Parties.

In his decision, Mr. Yao stated, “the area contains a significant proportion of 50-foot lots, especially in the eastern part of Mr. Ciecura’s study area, for which a severance would be destabilizing to the lot fabric.” and “the proposed design is an abrupt change in character, particularly not respecting side yards and lot size characteristics.”

Another factor was the impact of the proposal on the tree canopy in Long Branch. The application proposed removing a healthy, protected private tree and injuring/removing a healthy protected city tree. Mr. Yao concluded, “a suitable growing environment for trees will not be enhanced, nor will there be an increase in an existing (tree) canopy.” To read the full decision, please click here.

Thank-you to everyone who participated in this hearing. This is not something the LBNA can do on its own. Impacted neighbours have to step up, reach out to us and get involved as happened here with 70 Thirty Sixth St. Even if you do not feel you are being directly impacted by a particular application, every one that is approved on your street or several blocks near your street will make it easier for more to get approved. And who knows, the next application may be beside, across from or behind you.

A positive side effect from the process was that the neighbours got to work together as a team towards a common purpose and this helped forge new relationships as well as reinforcing existing ones. As Mr. Yao stated in his decision, “Strong communities are those where people want to live.”

In the early 1900s, Amsterdam conservationists helped preserve the city’s... Some observations regarding the starting and running of neighbourhood assoc...
Scroll to top