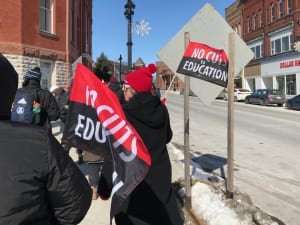 “Canada can’t compete economically unless we do something to better educate and prepare our children to function in the world,” Margaret McCain, a former New Brunswick lieutenant-governor, said in an interview.

Currently, there is a patchwork system of child care across the country, from home daycares to centres, with parents paying thousands of dollars. In Ontario, a growing shortage of spaces has left many parents placing their names on waiting lists before their babies are even born.

The new report cited one 2017 study that found that every $1 spent on expanding enrolment in early childhood education led to a $6 return in long-term economic benefits. Ms. McCain said there are also social benefits, which include reducing poverty and keeping people away from the criminal justice system. 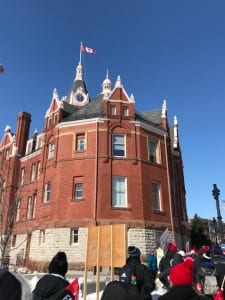 A Jan. 14, 2019 article at the University of Toronto: Ontario Institute for Studies in Education website is entitled: “OISE study shows that full-day kindergarten has lasting benefits on children.” 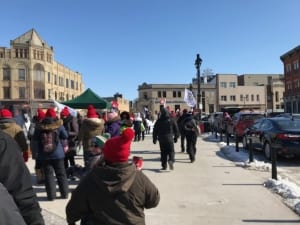 In September 2010, the Ontario government implemented a two-year, full-day kindergarten (FDK) program as part of its initiative to create a cohesive, coordinated system for early years programs and services across the province.

This decision seems to be paying off, according to a recent study co-authored by OISE professor Janette Pelletier.

The study found that FDK has lasting benefits on children’s behaviour and learning. While some argue that the gains of FDK fade quickly, Pelletier’s research shows that children in this program scored higher on reading, writing and number knowledge than those in a half-day program and remained ahead until the end of Grade 2.

Children in FDK also scored higher on self-regulation, which is the capacity to respond to life’s stresses and return to a calm and alert state. Self-regulation in early childhood is especially important and is a strong predictor of academic achievement. Additionally, FDK children were significantly more likely to meet provincial academic expectations in Grade 3. 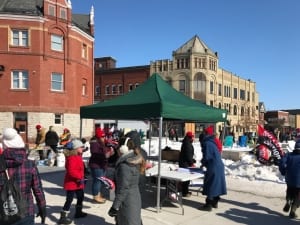 As an elementary teacher, I walked the picket line during Harris years

As an elementary teacher during the Harris years I walked the picket line constantly. There was no other choice, given the circumstances. Robert Fisher in tweets that I’ve been reading notes now is even worse than during the Harris years. That being the case, based on my earlier exposure to this, what is happening now is remarkably bad news. 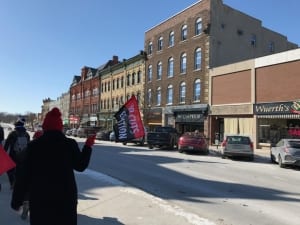 Visible in the background is a building where the box office for July 1953 launch of Stratford Festival was located. A plaque on the building provides details. Jaan Pill photo

By way of supporting the public school teachers currently on strike, on Friday, Feb. 21, 2020 I joined a noontime picket line at Stratford’s City Hall, a heritage building which reminds an observer of a huge birthday cake.

The City Hall, around which we walked, had been slated for demolition in the late 1960s, based on the belief of Stratford’s mayor of the time, who was convinced that demolition of the building, and its replacement with a modern mall, would be the way to go. Citizens of Stratford  – led by six women who spearheaded the “Save the City Hall League” – thought otherwise and fortunately their views prevailed. In 1972, the issue was resolved, as noted in Stratford: Its History and Its Festival (1999), when the developer advocating a new development finally withdrew from the discussion and the building was spared. 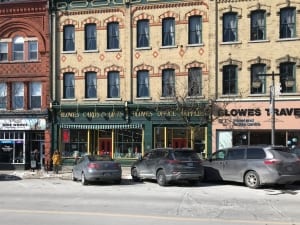 View of building, across the street from City Hall, where box office was set up for ticket sales during launch of Stratford Festival in 1953. Jaan Pill photo

I originally embarked upon a teaching career, where I spent thirty-plus years prior to retirement in 2006, because of my interest in early childhood education. Since the mid-1970s, I have kept up with research about the economic and social benefits of spending money on (thoroughly play-based) education of very young children. The argument in favour of such spending can be expressed in purely economic terms, in terms of a best-possible return on investment.

A typical overview of research in this area is outlined, by way of example, at a previous post entitled:

The above-noted post brings to mind, in turn, a Feb. 17, 2020 Guardian article entitled: Long-term offenders have different brain structure, study says: Study found differences compared with those who did not offend or who only transgressed as adolescents.” 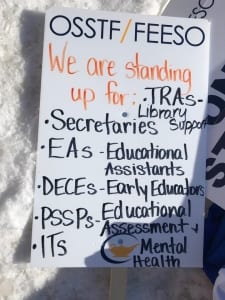 There is nothing radical about this; the evidence in favour of early childhood education can readily be expressed in economic terms. Expressing it in such terms occasionally gets the message through to those business types among us, who see all of reality predominantly in economic terms.

I am pleased, by way of conclusion, to bring attention to one reason among many others – namely, the value of full day kindergarten – why I as an Ontario resident strongly support the ongoing strike efforts of Ontario’s public school teachers.

Those who face severe food insecurity (as I did years ago) often miss meals,... Message opposing proposed illuminated signage at 200 Ridley Blvd, Toronto
Scroll to top