Some notes related to land use (New York, Mississauga, Toronto, and Stratford); Mississauga meme has been: “No Tall Towers on the Lake”; will the meme survive?

A Dec. 10, 2020 Strong Towns article is entitled: “What happens when you densify the suburbs?”

In this video, Strong Towns contributor and member, Johnny Sanphillippo takes us around Mississauga, Ontario – a suburb that was caught up in the Growth Ponzi Scheme, then decided to boldly move in a new direction to try to change that.

The result is density without urbanism.

The video featured at the article is well worth watching; I recommend it highly. 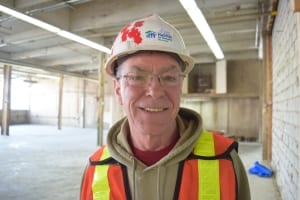 The above-noted article is of interest, and it also functions as a blurb: each blurb that we share is a selection from a vast amount of available data.

During the 21 years we lived in Long Branch I was impressed among other things with how an idea occurred to the late Jim Tovey and how in the course of his lifetime he was able to bring his vision to reality; the development he envisioned along the Mississauga waterfront is well on its way.

It’s development envisioned at a human scale – although how much of the human scale actually is retained, as development proceeds, remains to be seen as a Dec. 16, 2020 Pointer article about the Mississauga shoreline underlines.

We can add that a post from 2017 comes to mind, with reference to development of the Mississauga waterfront:

The Mississauga meme has been: “No Tall Towers on the Lake” – will the meme survive? A good overview of Jim Tovey’s legacy is provided at a post entitled:

By way of notes, I’ve previously spoken of differences in planning culture, in Mississauga as compared to Toronto. In this category of observation, a previous post is entitled:

The post refers to one of my more memorable memories of writing blog posts in the days we lived in Toronto. Two city staff at the April 4, 2018 meeting, to which the above-noted post refers, told me that whatever is said at such a public meeting is not to be reported without prior permission from the City of Toronto. After the meeting, I checked with the city’s media relations staff and what do you think I learned?

A Dec. 15, 2020 Tyee article is entitled: “Focus on Housing and Jobs or the Climate Fight ‘Goes Nowhere’. How low-income Brooklynites with a green vision vanquished a developer ‘Goliath.’ Latest in a series.”

“It was not just a fight against developers. It was a fight for our climate future,” Yeampierre explained.

Brooklyn-based Uprose describes itself as “an intergenerational, multiracial, nationally-recognized, women of colour led, grassroots organization that promotes sustainability and resiliency.”

Its leader Yeampierre said linking the fight for affordable housing to climate change and green industries made it easier for Sunset Park activists to win support from local politicians, bring national environmental groups into the fight and deflect claims that they are against business.

“They said we were ‘anti-job’ — of course not,” Yeampierre said. “We come from a working-class background.”

Some observers see broader strategic lessons that could be applied in cities across North America. The successful fight against Industry City is “a good example to demonstrate that working-class communities also have an environmental conscience,” Samuel Stein, a New York-based housing policy analyst and author of Capital City: Gentrification and the Real Estate State, told The Tyee. Conversely, he believes, if climate activists “don’t talk about housing and if they don’t talk about jobs the fight is not going to go anywhere.”

I used to do a fair amount of walking when I lived in Toronto. Often I would walk from Long Branch to the Small Arms Building and back. Walking however was dangerous. More than once I was very, very close to being hit by a car travelling in front of me or making a turn while I was crossing a street.

From the Small Arms story, I learned that it takes more than a keen interest in local history to repurpose a historical building; all kinds of other things are required:

With the Small Arms project, Jim Tovey and neighbours in Lakeview showed what can be done, when a community works together to repurpose a building.

In Stratford I walk about 90 minutes most days. Where I walk there is little car traffic.

When I lived in Toronto I often walked along the pathway by the Lake Ontario shoreline that takes walkers and cyclists either way across the Mississauga-Toronto border. Even now I like to visit the area every once in a while. As previously, I remain in touch with the Long Branch community this time on Zoom:

I’m pleased to be an associate (non-voting) member of the Long Branch Neighbourhood Association.

The strength and cohesiveness of the LBNA membership inspires me tremendously. You can be an associate member of the LBNA no matter where you live, so long as you support the objectives of the association.

The LBNA seeks volunteers for its valuable work on behalf of Long Branch and the wider Toronto community. I’m pleased to do my own bit, as a volunteer – most recently by writing the report about its Nov. 18, 2020 AGM that you can read at the above-noted link.

I also strongly support the work of the Lakeview Ratepayers Association, of which Jim Tovey was president before he ran for Mississauga Council. I’ve attended many meetings associated with the LRA. That’s a most inspiring group of people. Again, they are doing inspiring and tremendously valuable work on behalf of their local neighbourhood and the wider Mississauga community.

An excerpt (the embedded links have been omitted) reads:

That’s the case with this lovely tiny house in Atlanta, Georgia, one of two which were commissioned and constructed by tiny house builder TruForm Tiny (previously) in the backyard of a retiree. Brandi, who is the woman’s daughter, helps to manage the two tiny houses under the banner of FieldTrip ATL. She tells us: “We built these to support my elderly mom who lives in the main house.”