A local resident who’s contacted us moved into the Long Branch neighbourhood in June 2012.

He reports he was extremely happy with the Jane’s Walks in May 2012 in Mimico and Long Branch as this provided him with “the ideal introduction into the neighbourhood.”

“We were recently on your website and saw that you had a reference to 11 Lake Promenade and the proposed variances. We live directly next door to 11 Lake Promenade,” he adds “and thought it appropriate to provide you with an update as we would like to also maintain the community neighbourhood feel of Long Branch that you promote.”

I was delighted to know of the positive response to the May 2012 Jane’s Walks including the South Long Branch Jane’s Walk.

We’re pleased to share with you the following two PDF files:

As the second of the two files indicates, the next Committee of Adjustment meeting concerned with 11 Lake Promenade will be on November 22, 2012 at 3:30 pm.

The meeting is at the Council Chamber, Etobicoke Civic Centre, 399 The West Mall, Etobicoke.

The applicant for 11 Lake Promenade will be going back to the Committee of Adjustments on November 22nd asking for a .53 floor space index (fsi) variance which translates into a 5836 sq ft home not including the basement (note: this variance was proposed to the neighbours at the last Committee of Adjustments and was refused given that it is still much larger than the allowable .35 fsi and his original .49 proposed variance request). This is extremely disappointing as we thought that there would be a sincere attempt to be more in keeping with the neighbourhood and the Lake Promenade community.

Thankfully, the Councillor rescinded his letter of support prior to the last CoA. However, the meeting minutes from the CoA still contains several inconsistencies, one of which is that the Rate Payers Association of South Long Branch has submitted a letter of support (see minutes attached). Fortunately, the RASL President has said that this letter was a mistake as RASL does not get involved in such matters.

Given these facts, we are put in the position of having to re-submit our letters against the updated proposed variances for 11 Lake Promenade.

Best regards and many thanks,

P.S. The following rendering of the proposed structure was created by the owner of 11 Lake Promenade.

We are also pleased to share the following graph (click on the image to enlarge it; use the ‘Back’ button on your browser to return to the page you are now reading): 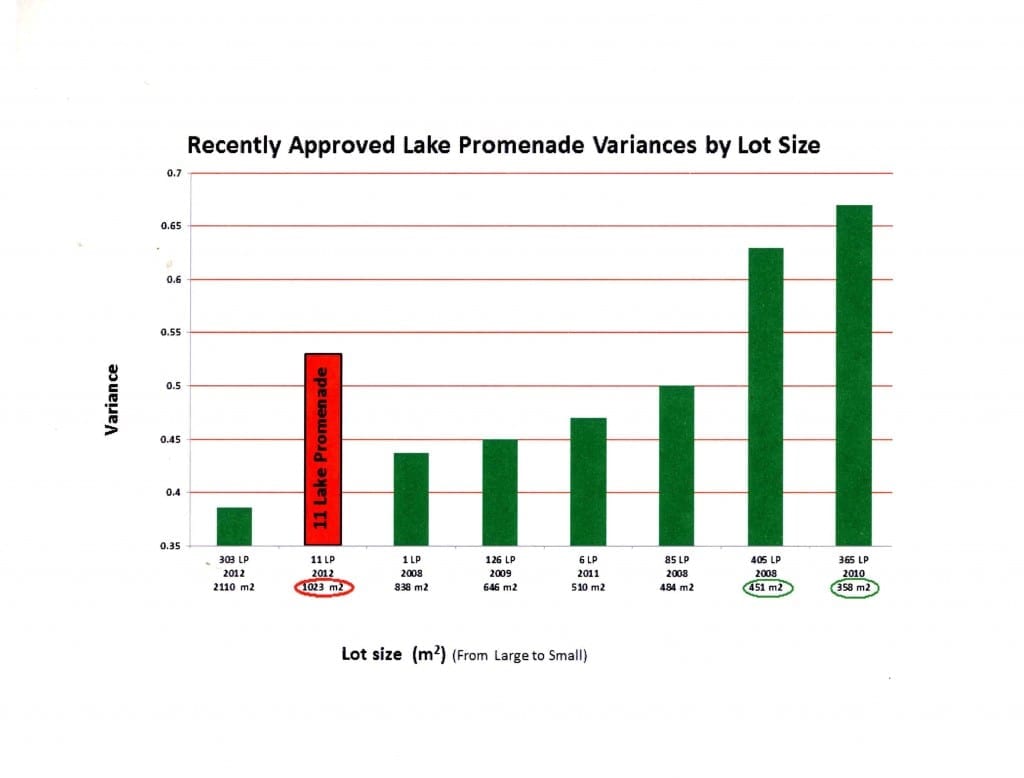 Below is a photo of the existing building: 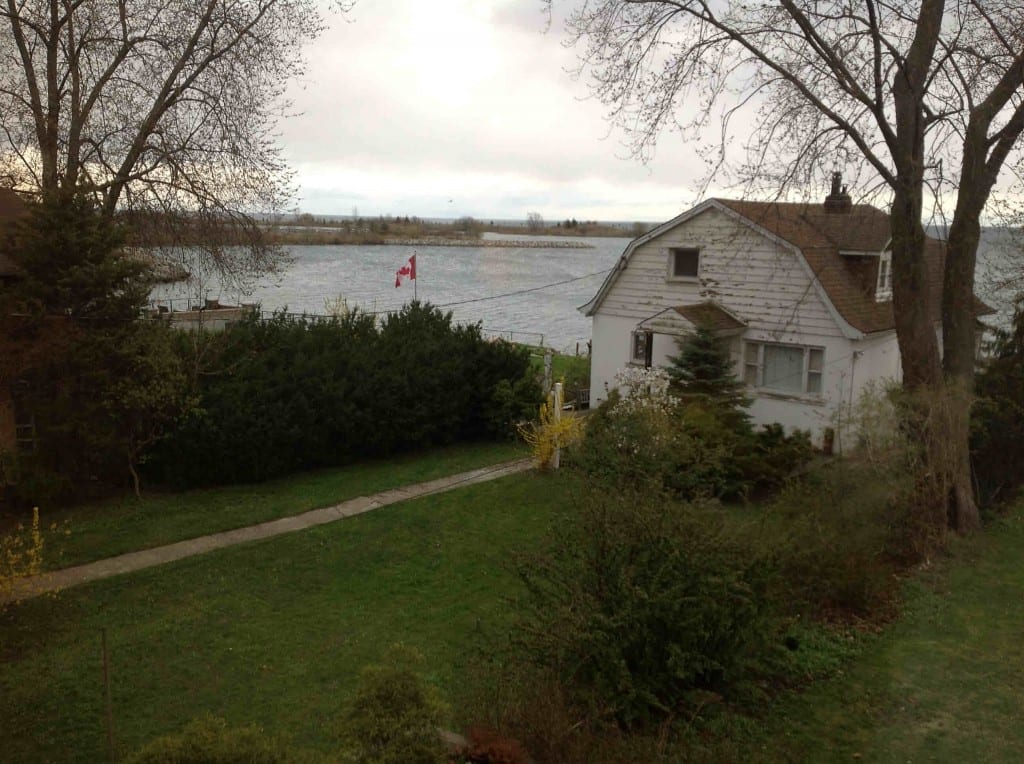 Letter from a concerned citizen

“The following quote,” a resident who’s contacted us remarks, “is from a letter sent to the Committee of Adjustment by one of many concerned citizens in opposition to the proposal so eloquently captures the situation. (I have gotten the ok if you would like to use the quote as well.)”

The letter reads as follows:

Lake Promenade is not your average residential street. As part of The Waterfront Trail Lake Prom is used extensively by joggers, walkers, runners, bicyclists, roller-bladers, families out for strolls, etc. There is a special atmosphere on this street created by the respect that residents show for nature –- maintaining large trees on their properties, landscaping their front yards, preferring green space over square footage, ensuring the properties, as seen from the street, blend into the natural atmosphere of the area and enhance the experiences of their neighbours and of those using The Waterfront Trail. The residents of Lake Prom take a great deal of pride in their street and their neighbourhood.

Unfortunately the plans filed ……do not conform to the norms of the street or of the neighbourhood. The requests for variance regarding square footage to lot size, as well as structure height, are inconsistent with community precedent and character, and with the nature of proportionality within the neighbourhood. If these “minor” variances are approved it would encourage developers to design housing that balloons in size, overshadowing existing housing in the area and creating a wall-like effect blocking visual access to the lake such as what we see along the waterfront as we drive into the heart of the City. This would be inconsistent with the City’s and the Province’s efforts to maintain a trail-like effect along the lake.

The structure proposed….is so completely different from the cottage-like atmosphere of the neighbourhood that one could definitely feel that it has no character or redeeming design features, and it detracts from the natural beauty of the neighbourhood. Instead of blending in to the neighbourhood, the design stands out like a sore thumb, looking more like a small library or office building that should be situation on University Avenue in downtown Toronto than a family home located in the village-like surroundings of Lake Promenade.

Historically, the square footage of houses built on lots in this area is less than 2500 square feet. If 11 Lake Prom were to reduce the size of his proposed house, it would be more consistent with the character, nature and proportionality of the neighbourhood. It would also allow for landscaping design that, respecting the natural ambiance of the Waterfront Trail, could further help blend this futuristic house design into the existing character of “old-world charm” that is the hallmark of this neighbourhood.

Mike James, who worked with me to organize and lead the May 6, 2013 South Long Branch Jane’s Walk, is looking forward to working with me on the new round of Jane’s Walks in 2013. Mike and I also helped out with the organizing of the May 5, 2012 Jane’s Walk in Mimico, and also met with Anna Lafoyiannis, who organized a Jane’s Walk in New Toronto in 2012. The other Jane’s Walk in Long Branch in 2012 was led by Tim Dobson.

For further details regarding the Nov. 22, 2012 meeting, please refer to the two PDF files posted at the beginning of this blog post.