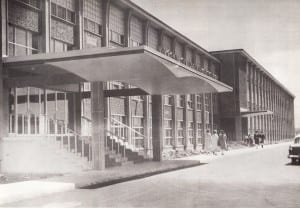 Klaas Vander Baaren (MCHS 64) shared the comment – “We need others to add pictures. I wasn’t the only one with a camera on camera day.” – at the Facebook MCHS ’60s Reunion Group.

You can enlarge the image by clicking on it. Click again to enlarge it further.

I found a photo that I hadn’t yet scanned, in the 1961-62 MCHS yearbook, and am pleased to share it here. I will also post it to the MCHS ’60s Reunion Group.

The sight of the car bumper in the photo reminds me of a story related to a bumper visible in a 1955 photo from the street where we currently live in south Etobicoke in Toronto. Cars were such a big element in 1960s popular culture. The year 1955 reminds me in turn of Cartierville School, which a number of MCHS alumni attended during their primary and elementary school years.

I will be interested to know how many of the MCHS alumni who will be at the MCHS Sixties Reunion in Toronto on Oct. 17, 2015 were also students at Cartierville School in the 1950s. Similarly, I will be interested to know if any of the attendees at the upcoming mid-August 2014 MCHS mini-reunion in Montreal were Cartierville School students in their elementary school years. 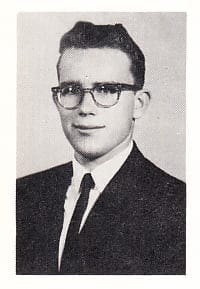 And – if you have photos, please share them at the Facebook Group that Klaas Vander Baaren has created or send them to me as jpeg files (with captions) and I will post them. Same goes for videos or audio recordings. We’ve made a great start with the remarkable, professionally recorded audio file of the MCHS school song, from the 2000 MCHS Reunion in Montreal, that Tim Hewlings has shared with us.

All of our planning for our reunions is the outcome of many conversations among many MCHS alumni. Photos and sound recordings are a great way to keep the conversations going.