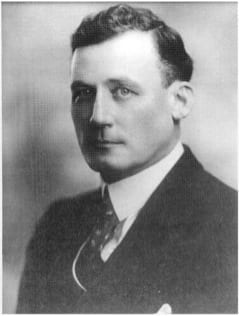 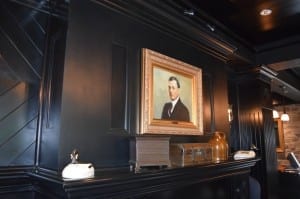 The broader context of the story of Kingsway Park is the history of the British empire.

Among other resources, a comprehensive overview of the history of the Humber River is available at Humber River: The Carrying Place (2009).  The choice of a one-column format, for a large-format book that is laid out in landscape mode, detracts from readability, but the content is of interest.

The ongoing redevelopment of The Kingsway is part of Toronto’s planning history. If the latter topic interests you, a paper by Steve Munro offers an a overview.

“A monument to his dreams”

A May 8, 2010 Torontoist article, “A monument to his dreams,” provides an overview of Robert Home Smith’s life and role as developer of the Kingsway neighbourhood of Toronto. The space between paragraphs has been omitted in the online article, which detracts from readability, but the content is of interest. 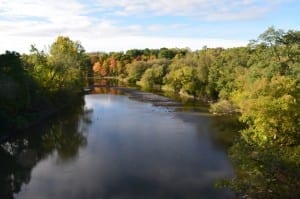 The purpose of this post is to share an excerpt from a talk by Robert S. Hanks, chief architect of the Home Smith & Company architectural department from 1930 to 1939.

The talk was at the Etobicoke Kiwanis Club in the early 1960s.

The excerpt appears in Kingsway Park: Triumph in Design: An Architectural Study of a Planned Community: Etobicoke 1924-1947 (1994). The text is laid out in a two-column format with ragged right margins, which makes for easy reading.

For ease of reading at this post, I’ve broken longer paragraphs in the extract into shorter ones and have added headings.

“To understand the development of Kingsway Park, it is necessary to know something about the man who was responsible for it, Robert Home Smith. Home Smith was a big man in everything he did. He was a handsome man, over six feet in height, with a dynamic and outgoing personality. During his life he held many important posts. Don’t assume that list I can provide would be complete. 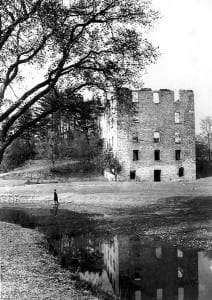 “While chairman of the Toronto Harbour Commission, he was involved in reclaiming and making hundreds of acres of industrial and park land that run from the mouth of the Don River to that of the Humber.

“As well, he was president of the Algoma Steel Corporation, the Lake Superior Corporation and Alliance Paper Mills of St. Catharines.

“A one-time organizer for the Progressive Conservative Party, he also had an interest in a fleet of steamships operating on the Amazon River. Smith was a pioneer in the development of Northern Ontario Mines, where he made his fortune.

“Robert Home Smith was born in Stratford, Ontario, on July 12, 1877, the son of Judge Robert Smith and Robina Lizars Smith. A grandson of Judge Daniel Home Lizars, he graduated with a degree in law from the University of Toronto in 1899.

“Owing to a hearing deficiency which plagued him all his life, he gave up private practice in 1901 and joined the National Trust Company’s legal department.

“Smith’s interest in land development started when he was called upon to liquidate the York County Loan & Savings Company. This company, brainchild of Mr. Joe Phillips at the turn of the century, had acquired property south of Bloor Street West in the Roncesvalles Avenue-Parkside Drive area. The project had been financed by selling itself directly to the general public for between 25 cents and a dollar per share. Phillips planned a deluxe development and started well. Imposing gates were erected at the entrance to High Park Boulevard. Several well­ designed and costly houses were constructed. 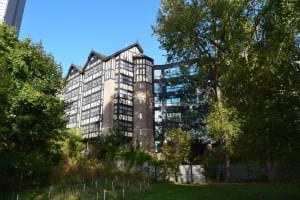 “However, Phillips ran afoul of the law and was sentenced to four years in jail for falsifying reports. In 1905, National Trust was called in to straighten out the mess and Home Smith was given the job of liquidating the company.

“He was so successful that by the time Phillips was released from jail, all the property had been sold and the creditors paid off at 50 cents on the dollar.

“This exercise whetted the appetite of Home Smith for land development and, with the aid of English capital through the brokerage firm of Kitcat and Aiken, he began purchasing land, starting at the south of the Humber River and moving north and west from there.

“He set up the Toronto Land Corporation to hold the land and Home Smith & Company to act as sales agent. (Most of his holdings in the Humber Valley Survey were acquired before 1912 for $1.5 million. Paterson estimates that the 100-acre Kingsway Park portion cost under $50,000). 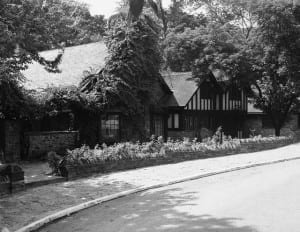 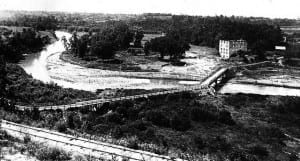 “In 1914 Home Smith moved his operations across the Humber and, on the day the First World War was declared, opened the Old Mill Tea Room.

“This was for many years a favourite gathering spot for young Torontonians and, in conjunction with the boat house that he had built behind the restaurant on the river, made a colourful site on summer evenings and weekends.

“Home Smith’s lands west of the Humber, of which the Park is a component, could only be developed to any real extent once the high­ level bridge at Bloor Street was constructed in 1924.

“Home Smith died at age 58 in February 1935. I will close with two lines from an obituary poem written by Haldimand County poet Wilson Macdonald, one of Home Smith’s friends.

“‘His empire was the Humber and that stream, / Flowed ever through the valley of his heart.'”

1914 was also the year the artist Saul Steinberg was born. 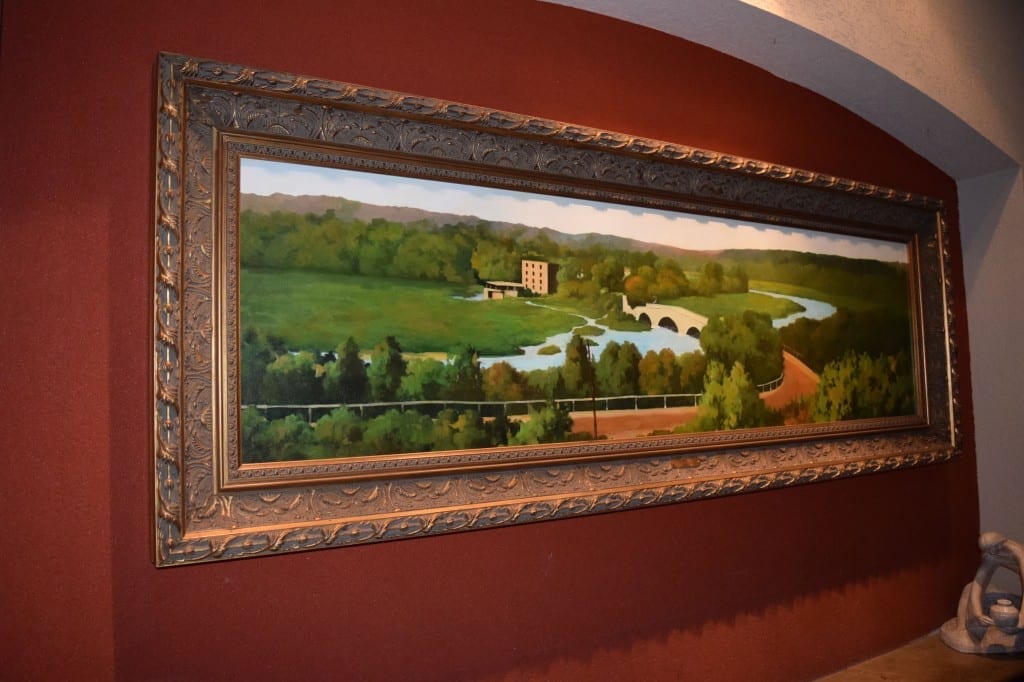