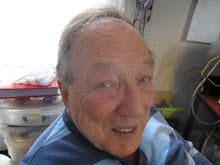 Graeme Decarie - photo from his blog. See link at the page you are now reading.

I’ve posted a couple of previous posts about Graeme Decarie, whom I last met in person over 50 years ago:

Graeme Decarie mentions that Mr. Hanna was principal of a high school way up the Ottawa River

I remember working with Graeme Decarie at Malcolm Campbell High School in Montreal in 1962-63 when I was president of the Student Council. I recall at one point there was controversy among students about whether or not we should screen a movie called Splendor in the Grass. I recall he offered helpful and reasoned input during the decision making process. I enjoyed seeing the movie, at the school. Years later, I saw Graeme on a TV panel and learned he was active in Quebec political life.

If you scroll down the page at his blog, you can read his profile.

I’m really pleased I’ve been in touch with Graeme Decarie recently. I’ve learned so many things I had not known. This is one of the benefits of organizing a Sixties high school reunion. You get talking with people and catch up on news – you catch up on what people have been doing over the past 50 years.

The first of the two links above includes a comment from Marge Huk (Fuller) and Graeme Decarie’s response. The purpose of the current post is to bring attention to the comments, which are of interest.

Well, I was born in 1933. – and a started teaching in 1957 at Parkdale. (I flunked out of high school, but got into evening classes at Sir George as a mature student – then to teacher’s college, taught at parkdale while finishing a very bad BA at Sir George, and moved up to MCHS. Nobody would look at me for an MA with those grades. So, on the first day of school for 1963-64 , I made a wild decision. I quit, drove down to Acadia U., and begged for a chance to do an MA. They reluctantly allowed me to do another undergrad year as a test. So I did, got my act together and got straight As, did another year for the MA, and got a scholarship to Queen’s for the PhD.

Taught at UPEI for three years, then got an offer from Loyola (now part of concordia U). Back in Montreal, I also lucked into a spot on CBC radio for a dozen years. But they dropped me when I became too prominent in the language wars. (I was chairman of Alliance Quebec). Then I got a call from Gord Sinclair at CJAD to do a daily show – and it was close to my Con U office. So I did that for a dozen years. I also did quite a bit of TV for CBC, CTV, global, BBC, NBC… And wrote for newspapers and magazines. Also taught History in The Netherlands and China – and journalism to working reporters in China.

I loved every minute of teaching – and I miss it terribly.

To register for the MCHS 60s Reunion, please mail a cheque – payable to... I should think it would have to be about MCHS, and about the long process of...
Scroll to top