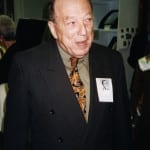 Some of the quotations include:

“Vehicles travelling in the wrong direction is a common problem on New Brunswick highways, according to RCMP Cpl. Mario Maillet.

” ‘It happens quite often, especially on the main highways, like on Highway 2,’ he said.”

This is a story that requires commentary from an experienced political observer, such as Graeme Decarie, who lives in Moncton. I look forward to getting an understanding of this phenomenon.

I’m also reminded of one of my favourite comments, from all of the 30-plus years that I spent as a public school teacher. I still remember the day when a Grade 4 student, in an English lesson about proverbs that I had the pleasure to be teaching, shared with the class this proverb, which he had made up on the spot. The student had grown up in Newfoundland and now lived in Mississauga, Ontario. He shared this proverb:

“A journey of a thousand miles begins with a moose on the road.”

I much enjoy moose stories. I only have one moose story at my website bit look forward to adding a few more. Here’s the one that I do have:

Moose stops to observe visitors on country road, then continues on its way

A further question that occurs to me is: What does the research indicate about the frequency of Wrong-Way Driving in New Brunswick, say, as compared to Ontario? The CBC article underlines, for me, the fact that every brief article, about any topic whatever, is a blurb that addresses a small slice of reality, and that warrants a close focus on the distinction between the rhetoric and the evidence-based reality that is the underlying story. At times the reality and rhetoric are aligned. At times they go off in different directions.

The topic brings to mind an April 14, 2015 New York Times article, about fact-checking and related matters, entitled: ” ‘Between You & Me,’ by Mary Norris.”

As I think about the passage of the years, and moose stories, and related topics, a recent New York Times article comes to mind. A June 5, 2015 New York Times article is entitled: “A Group Portrait of New York’s ‘Oldest Old’: People age 85 and above are one of the city’s fastest growing groups, but they are almost invisible. Six New Yorkers share their stories of love, pain and abrupt change.”