The 1968 photo of Pam Ireland and Bob May (below) is from Fred Benedikt, who also has a recent comment at the end of this post. Fred writes, “I have a picture to include with my recent post Re: Pam Ireland. It is the picture discussed by her friend Irene …the prom with Bob May.” 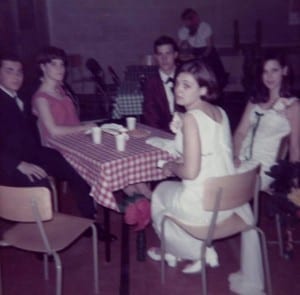 At the Malcolm Campbell HS Class of ’68 Facebook Group, her long-time friend Irene Moodie-Johnson has shared her memories of Pam.

Pam and I met on the first day of school in 1967. We were both in Mrs. Norman’s class in room 211 on the second floor. Pam was a couple of years older than me but that was due to her having missed a few years of school due to illness and broken legs. We became best friends that day even though she lived in St Laurent and I lived in Montreal North.

I spent a lot of time at Pam’s apartment. Her place was always so calm and quiet compared to my house. Pam lived only with her father and I with my mum and dad and two sisters. My father would drive me to her place and then he would pick me up when it was time to go home. 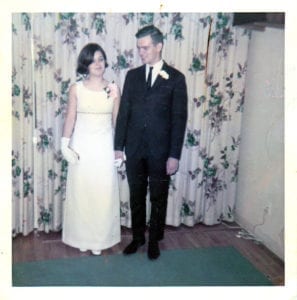 Pam Ireland and Bob May, 1968. Click on photo to enlarge it. Photo source: Fred Benedikt

We were both very involved in school activities. Pam was the president of the Red Cross and I was the class rep. One of my poignant memories was when I was nominated for school queen. Pam was among those who counted the votes and let me know ahead of time that I wasn’t chosen. I really appreciated that. 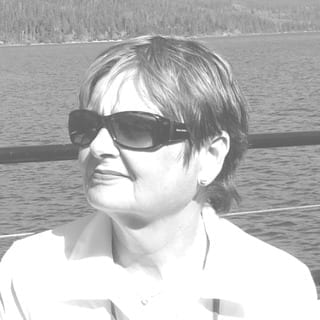 We went shopping downtown together and went to school dances together. We went to the movies – two that I remember were Godspell and Georgie Girl. We even had a few double dates. The only one I really remember was the Grad Dance. We didn’t have dates with the boys from our year so we went outside of our class. Pam went with a boy named Bob May and I went with Mike Feinsinger. We had a great time and I have a couple of pictures I will include with this note if I can get the technology right.

After graduation I went away for the summer and when I came back we picked up our friendship right where we left it. I can’t remember the exact timeline but the funniest story I can think of was going to Pam’s apartment for dinner. We decided to make spaghetti and meatballs. It turned out pretty good but was so hot that we could barely eat it. We would take a mouthful of spaghetti, a drink of water, wipe our brows and blow our noses. It was hot, but good and we ate it.

Over the years we would lose touch for a time, years even, but we always managed to find each other. Pam was a true friend whom I could rely on and did on more than one occasion.

I saw Pam more often when she moved to London. I would stop in to see her on the way to visit my mother and father in Hamilton or on the way back home. Sometimes I would spend the night and we would spend hours drinking coffee or tea, talking and catching up on each other’s lives.

In 2000 Pam and I met up in Montreal for the Y2K Reunion and shared a room at the hotel. Again, we had a great time seeing old friends and sharing a few drinks together. We got together again in 2008 when we went to our Class of ’68 reunion again in Montreal. I saw Pam a few times after that but I hadn’t been back to Ontario since the death of my mother. I wish I had. I will miss my friend.

I wish I could remember more specific things that we did together but so much time has passed. What I know best is that I loved her and I will miss her.