Some graduates were unable to attend for reasons of family or personal health or ongoing responsibilities; we will make every effort to update them as well, on every aspect of the event. We will also be sending out DVDs to graduates who had registered but were unable to attend. The DVDs will include PDF files of the 1962 to 1974 MCHS yearbooks, which we included in each grab bag for each attendee at the event. We have already sent out a number of such DVDs via Canada Post.

We owe a special thanks to Klaas Vander Baaren among other graduates for helping with the enormous amount of work that was involved in the scanning of the yearbooks. 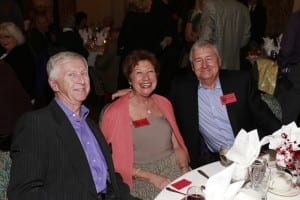 Some photos have been posted at Facebook and at the MCHS 2015 website and more will be posted.

In the coming week we’ll be getting a large batch of photos and videos from the official photographer for the reunion, Walter Psotka of Walter Psotka Photography, and will start to work on the posting of photos – and, in time, videos – connected with the event.

We will also in time reconfigure the MCHS 2015 website so that it serves an archival function and may possibly be of interest to organizers of future MCHS reunions, meetings, gatherings, and get-togethers as the years go by.

We downloaded one batch of Walter’s photos at once and played them as a slide show during the reunion. The post you are now reading features a couple of photos from the latter batch. Click on the photos to enlarge them; click again to enlarge them further.

We’ve also posted some preliminary comments, and will also post a great, brief note of thanks from Soryl (Shulman) Rosenberg, the MCHS Phys Ed teacher whose overview of life at the school in the early 1960s, followed by a Q & A with the audience, was among the highlights of the reunion. Another highlight was the address from MCHS History teacher Graeme Decarie that Soryl read out as part of her presentation. 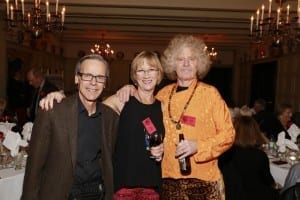 Re-cap of the reunion planning process

At future posts, when time permits, we will provide additional details about the many highlights from the event. It’s wonderful to have some time off now that the reunion planning process has been completed. Having a break is most refreshing and is one of the great pleasures involved in the organizing of any event, in my experience – and in the experience of many other people, of course. Work hard then take a break. What could be more fun than that. The process is one of the great pleasures of life.

In the meantime, we are planning a re-cap of the reunion at the next meeting of the MCHS 2015 organizing team, which will take place at 11:30 am on Wed., Nov. 18, 2015 at the same Boston Pizza at 190 Gateway Park Drive in Kitchener where we have regularly met, over the past couple of years, during the course of planning for the reunion.

All MCHS grads/teachers who might be interested in attending the Nov. 18 meeting are most welcome, as has always been the case, to attend.

Here’s a tentative agenda for the meeting. If you can think of any other agenda items that would be good to include, please let us know.

Here are some key agenda items:

1) Re-cap of the reunion