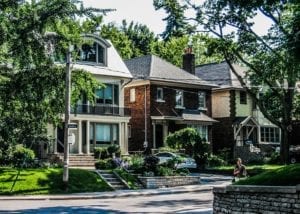 The image is from the May 10, 2017 Better Dwelling article that is highlighted at the post you are now reading.

We owe thanks to a May 11, 2017 tweet from Jennifer Keesmaat, Chief Planner, City of Toronto, for bringing out attention to the article. In her tweet, she shares a link to the above-noted article and comments:

“Despite the flood of inventory, prices continue to increase. Record supply, and record prices. Think about that for a minute.”

A May 8, 2017 Toronto Star article is entitled: “Toronto has too much housing despite overall population growth: report. Ryerson researchers found population declines or freezes in most neighbourhoods over the last 30 years.”

A May 15, 2017 Toronto Star article is entitled: “Toronto sees April home prices grow as listings soar: Toronto region sales were down but prices still growing, says the Canadian Real Estate Association. Some experts feel the market is becoming more balanced but it’s not a buyer’s market yet.”

A May 20, 2017 CBC article is entitled: “Canada’s housing boom has 30% chance of going bust, Goldman Sachs says” But there’s a catch — the bank views ‘bust’ as beginning with a price decline of as little as 5%.”

A May 23, 2017 CBC article is entitled: “Is your condo board above board? Tips for evaluating condo governance: Condo corporations are effectively a 4th level of government, says one expert.”

A may 23, 2017 Metro News article is entitled: “Obsession with home ownership driving Toronto affordability crisis, report finds: The Toronto area will need up to $150 billion in new home construction in the coming decade and most of that should be rental units, says a report from the Canadian Centre for Economic Analysis.”

A May 26, 2017 CBC article is entitled: “Condo clash: Owners push out serial board members who didn’t actually live in the building: Multiple board members at Five condo building to resign Friday in wake of CBC Toronto investigation.”

A May 26, 2017 CBC article is entitled: “Here’s how condo dwellers are getting creative, hacking their spaces and forcing innovation: Living in closer quarters means having to find new ways to make high-rise life liveable.”

A June 6, 2017 CBC article is entitled: ‘The market has changed’: Buyers welcome cool-down in Toronto housing market: Prices still higher than they were a year ago, but buyers find they have time to breathe now.”

A June 4, 2017 Toronto Star article is entitled: “Is ‘density’ a dirty word in a growing Toronto? Residents of several older neighbourhoods oppose large developments that, they say, will overcrowd their communities.”

A June 25, 2017 CBC article is entitled: “Coming soon to a mall near you: condos and office space: Redevelopment of malls means less retail, more entertainment.”

I have received an apt correction regarding a Brown University study that I... Put your money in Conservation Authority Flood Management Programs and it will...
Scroll to top