Following message is from David Godley 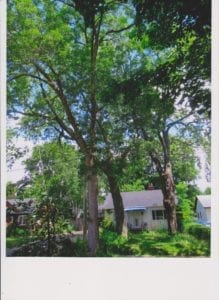 1) Great news, TLAB have offered to come to Long Branch to address a community meeting on Early Disclosure Rules. This has been placed in Councillor Mark Grimes hands.

This is the first time real empathy has been expressed for the public although some of the clarifications on their new process have yielded some flexibility. Some of their staff are very efficient.

2) 9 38th TLAB hearing, Help Save Long Branch. (See attached 9 38th save LB.) In order to convince TLAB that the community is reasonable and not a set of NIMBY’s we need groups and individuals to write in so we can break the cycle of OMB and COA approvals. This first hearing is the place to do it. Let TLAB know there is an overall issue of crisis in character loss as well as in confidence. At the moment the OMB have a formula for taking the development planners evidence as sacrosanct and giving the Official Plan no real weight. Planning is not black and white as is the OMB’s web site. It has greys and greens and the OMB’s superficial decisions never look to achieving both community and development objectives. Only one submission has reached the TLAB (from Garden Place) list. Numerous people have offered to write, so thanks. Send to me by Aug 27th and I will make sure they get to the right place. Alternatively send to TLAB@toronto.ca with title 9 Thirty-Eighth Street – File Nos 17 165404 S53 06 TLAB, 17 165406 S45 06 TLAB, 17 165408 S45 06 TLAB.

There are about 100 entries on the TLAB AIC site already showing that Early Disclosure is a lot more work than the OMB pre-hearing process. 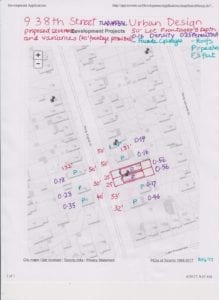 9 38th Street. A revised application from February 2016. 2 storey modern traditional and ultra modern on 25 feet frontage lots from 0.35 at 0.56 density in a solid area of wide lots. Approved by COA and appealed by the City to TLAB.

This is Long Branch ‘s first appeal to TLAB. Hearing November 13 2017. Deadline for registering as party or participant was 11 July 2017. Deadline for witness issues August 8 2017. TLAB is the last great hope to put planning back on an even keel.

22 33rd Street. Appeal of consent only after COA refusal. A new application has been submitted for semis instead of singles Appealed to TLAB.

55 Long Branch Avenue. Doubling density of existing house and blocking sun, light and viewsfrom their rear garden. Appealed by owners to the north who were away for a couple of weeks with the notice delivered after they went away and decision made before they returned. No comments from Planning. Community have put them in touch with planner and lawyer. Hearing 14 September 2017. PL170469

34 27th, Appeal by City dismissed due to lack of City Approval to appeal. PL161254. Apparently this still may be heard but I am mystified as to why.