From time to time I’ve posted travel reports from David Godley of Long Branch. Below is one such report which David sent me on April 30, 2018. I share it for your interest. I find such reports of interest, as they offer glimpses of a world outside.

The opinions and observations by guest bloggers, such as by David Godley, that are featured at this website represent the views of the respective authors.

Occasionally, I do minor copy editing of the material, as has been the case with regard to the current post. 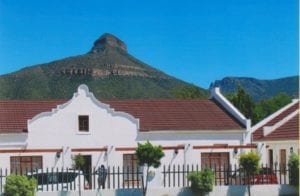 Walk by the river alone and you will be eaten – old African proverb. My seatmate to Joburg advised me to wind my car window down just so much that a gun muzzle could not be inserted. This also prevented window tension avoiding glass being broken by a spark plug.

The warmth of the African sun is a joy when you know back home in Toronto it is February. The green mountainous terrain has highways snaking through it. There is a vastness to the country, both of farming and wilderness, with cities far apart and scarily remote settlements. I mentioned to a women it must be hard being so far from grandchildren. She replied “Oh it is only an 8 hour drive”. 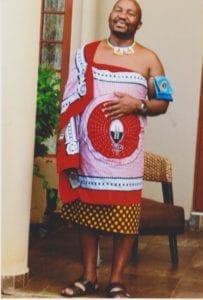 South Africa has invested heavily in infrastructure including excellent roads. Durban waterfront has been comprehensively developed to a high standard. Most projects use clay bricks which are so much prettier than the concrete blocks we use, but twice the cost. The shanty towns are slowly being redeveloped. The world soccer cup of 2010 provided excellent stadia for a sporting nation.

South Africa may be classified as a second world country but it has strong elements of both first and third world with the resulting huge inequality.

Suburbs have remote controlled gates and electric wire fences with armed responses and the populace frequents suburban shopping malls. The scruffy downtowns are almost exclusively populated by blacks. Nearly all are designed with a repetitive grid and are given over to one way streets with fast moving traffic. There are usually a smattering of century heritage buildings. 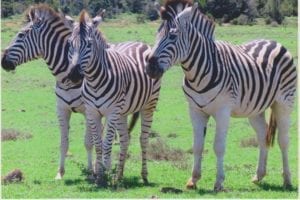 Cyril (Ramphosa), Mandela’s’s choice for succeeding him, now has done – after becoming a multi millionaire in the mining industry. Equality moves have been made including raising VAT and expropriation without compensation. It is recognised that capitalism will always engender inequality and radical measures are needed to work in tandem.

There is a strong British culture especially in law, education, sport (rugby) and speech (lorries). The Dutch population (Africaans) has left an indelible mark with its architecture and place names. 80% of the population is black.

Paul Kruger, the Boer leader, has his statue in Pretoria, Cecil Rhodes in Kimberley and Nelson Mandela in many places. There is a particularly interesting sculpture of Madeba made up of iron rods. A new museum is being erected at the place where he was arrested near Pietermaritzburg and subsequently spent 37 years in jail.

The big tourist draw are the national parks where the big five roam – lion, leopard, elephant, buffalo and tiger, oh no rhino. I was disappointed only to see two of these in the several national parks although there were plenty of other fauna. The flora and minor fauna are often indigenous as the area is cut off by sea and tropical forest to the north.

The exotic wildlife in the form birds, butterflies, animals is a constant source of interest as are the brilliant attires of women of all shapes and sizes often with headgear or intricate hairdos on top of which are, occasionally, parcels.

The country is affordable. Accommodation and car hire were roughly half the cost of here. However you have to do without submarine sandwich shops and raspberries. Vanilla custard seems to be a favourite drink. Amazi a Zulu drink made from curdled milk is to be avoided. 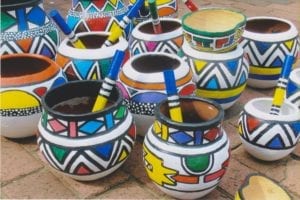 One highlight was seeing hippos wandering the streets in St Lucia.

I was told to drive around the town at around 9pm. To begin with I thought this was a local joke played on unwary tourists but lo and behold there were two portly specimens munching on a front lawn as if it were quite normal. Another highlight was visiting Pretoria Zoo where I added the final three of the big five in field enclosures as well as many other unusual creations of nature. Best $1 I ever spent.

On reflection with the excellent quiet roads, the mountain scenery, the exotic animals and the 120 km speed limit which allows a man over machine thrill, I would say South Africa is well in contention for having the best driving in the world. The closest I came to being eaten was by a mosquito and all the denizens I met seemed happy and smiling.