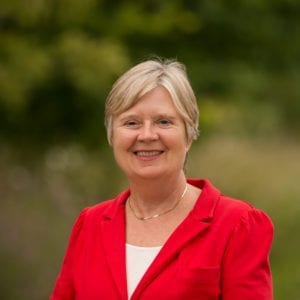 “Here in the Royal York and Bloor area,” Pamela Gough notes, “development is just on the horizon.”

Although it hasn’t happened here the way it has farther south in the Humber Bay Shores area, a number of the low-rise buildings on Bloor Street, between Prince Edward and Royal York, “have now been sold to developers, who are in the process of planning their buildings, and have applied for heights that are higher than the six storeys allowed under the Official Plan.”

Pamela adds that this is a major concern for the community, “because they feel that’s the thin edge of the wedge.”

The concern is that if developers are allowed to get away with eight storeys, they’ll then go for ten. If they’re allowed to go with ten, they’ll go for 15, and so on, and the character of the neighbourhood will change.

“The shadowing of the street will change, the traffic congestion will undoubtedly increase – traffic flow is a major concern in the community already.”

“So my interest,” Pamela Gough concludes, “is in keeping development to the heights that are stipulated in the Official Plan.”

Opposed to closing of a school near Royal York & Bloor, Pamela Gough was... Pamela Gough will employ creative housing solutions to tackle Etobicoke’s...
Scroll to top