I live in Long Branch, but have an interest in the story of the next steps for the Wesley Mimico United Church.

I’m involved because the congregation welcomes ideas and input, and because my involvement enables me to better educate myself about how our communities work.

Three Working Groups were discussed at the meeting. Their terms of reference were outlined and attendees at the forum were invited to participate in the groups.

The meeting on September 24 focused on the scenario of “re-purpose, renew, and add.’

At this meeting, a number of people mentioned that they had not seen the proposals that emerged in June 2012.

By way of providing background concerning the proposals that had emerged up to June 2012, below are some relevant files.

(Click on following link to open up a PDF link outlining the June 26, 2012 proposal.)

(You can enlarge the following images by clicking on them. Use the ‘Back’ button on your browser to return to the page you are now reading.) 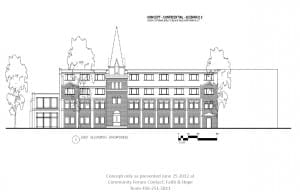 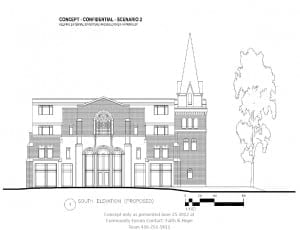 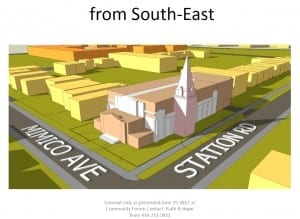 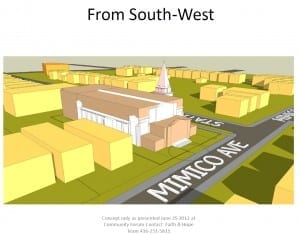