There’s been discussion recently regarding the apple orchard at the Lakeshore Hospital Grounds.

It’s my understanding that the following comment from David Switzer of Long Branch provides a good summary of the story. David has added that his information is from some time ago; we look forward to getting a more recent version of the story.

“I attended a planning meeting some time ago at the Assembly Hall. In that meeting it was made clear that the orchard is not park land or part of Humber College. It is property of the Catholic School Board and was being held to build a junior school. It was also said that the Catholic School Board’s purchase of part of the Hospital Grounds was instrumental in stopping the sale of the grounds to a developer. The heritage of the apple orchard was raised and if I remember correctly the representative of the school board said they would try to save a token number of trees or plant a few new apple trees in recognition of the orchard’s heritage. Since this meeting occurred so long ago all this may have changed. 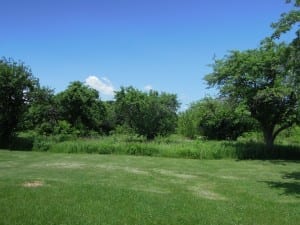 View facing north toward Lake Shore Blvd. West from a point to the west of Colonel Samuel Smith Drive. It's my understanding that this is where the old apple orchard is located. Jaan Pill photo 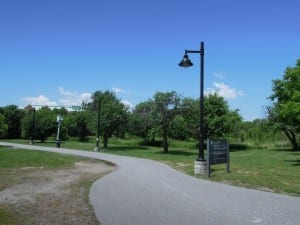 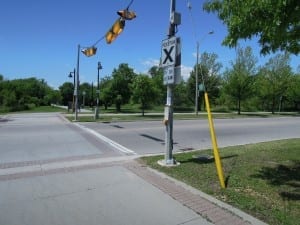 View looking west from Colonel Samuel Smith Drive. If I understand correctly, you see the apple orchard in the background on the right. Jaan Pill photo 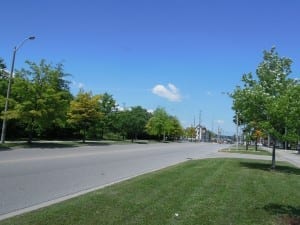 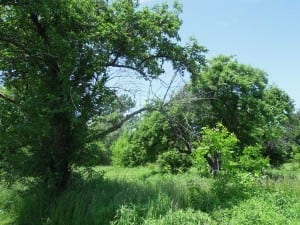 A subsequent update from CCFEW (Citizens Concerned About the Future of the Etobicoke Waterfront) via Ruth Grier has also been posted.