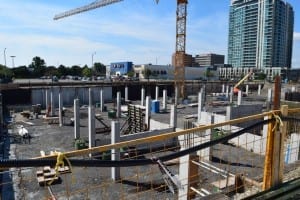 Just to let you know, in case you like to visit new places, a Sept. 21, 2015 Toronto Star article is entitled:

A Sept. 23, 2015 CBC article is entitled: “How marketers use theme parks to influence beliefs, behaviour: These popular destinations offer family fun, but also a way to influence children.”

The shopping centres, which are located not far to the west of Old Mill Toronto, offer shopping experiences that are similar on some levels, vastly different on other levels. 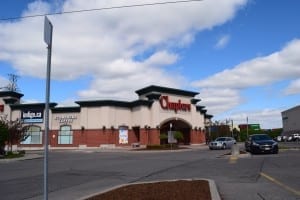 In the early mornings, both malls feature groups of walkers who like to get a start to the day by engaging in a half-hour or hour of walking. Occasionally, you encounter speed walkers who move along at quite a clip.

At Cloverdale Mall, in the mornings before the lunchtime crowd arrives, the food court has many small groups of senior citizens (people of the same age as MCHS ’60s Reunion Attendees and in some cases ten or twenty years older) who meet at the same table every morning for a coffee and conversation. One of the management staff at the mall once told me that some people have been enjoying their daily visits to the mall for twenty or thirty years. I find this feature of the mall highly appealing. 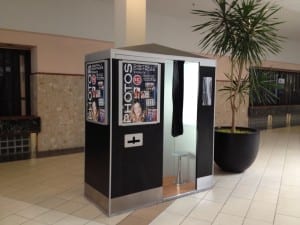 Cloverdale Mall features a handy photo booth where you can get your picture taken. Jaan Pill photo

One of the hallways at Cloverdale Mall has displays of photos, organized by themes, dating back to the 1950s showing the mall at different stages of development beginning in the years when it was an open-air shopping centre. Skylights are in place to allow in sunlight.

Cloverdale Mall features monthly antiques shows where antique dealers set up tables. There’s one such show on October 18, 2015, the day after the MCHS ’60s Reunion. 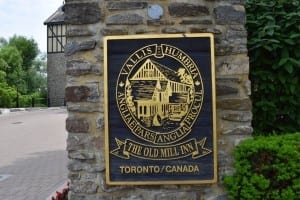 Sherway Gardens has undergone many major renovations in recent years. A recent emphasis has focused on getting a sense of sunlight and serenity built into the architectural framework of the mall. The seating for shoppers has been upgraded throughout the mall. A sense of airiness and spaciousness has been a key focus of recent redevelopment at the mall.

People who frequent Sherway Gardens tend to be fashionably dressed and to walk with a spring in their step. There’s also been a major emphasis on ensuring that people have enough places to park as in recent years it’s not always been easy to find a place to park your car. The recent redevelopment addresses that concern.

Cloverdale Mall and Sherway Gardens offer quite different experiences as viewed from the perspective of reality tourism and shopping. The two malls are located to the west of Old Mill Toronto, the site of the MCHS ’60s Reunion. 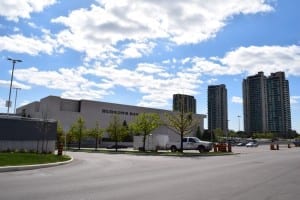 Sherway Gardens is a high-end shopping destination. It takes up a lot of space and has many stores. Jaan Pill photo

Both malls have seen an element of redevelopment over the years.

The big make-over that occurred at Cloverdale Mall many years ago was that a roof was added to the structure to change it from an open-air mall to a closed-in mall.

It’s also a mall that has a photo booth if you want to sit down and get shots taken of yourself and your friends, the way that people used to do in the 1950s. At Cloverdale Mall you will also find several coin-operated pay phones. The mall security staff makes a point of encouraging visitors to desist from taking shopping carts from the Metro store and using them as walkers to get around the mall. 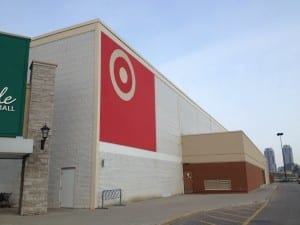 A Target store opened not long ago at Cloverdale Mall but like other Target stores in Canada it has since been closed. Jaan Pill photo

I would recommend that you try to take in both experiences during your visit to Toronto for the MCHS 2015 Reunion.

In a previous post I wrote about the MCHS 1961-62 class logos and the history of graphic design.

When I think of graphic design, of pen-and-ink drawings, I think also of the fact that in 1928, Mickey Mouse first appeared on the scene, and then proceeded to lead a successful Walt Disney effort to colonize the mind of the entire planet with Walk Disney imagery, successfully presented on-screen by the original crew of Walk Disney animators, as I have highlighted in a magazine article from the 1970s entitled: Mental imagery, as Frank Thomas and Ollie Johnston explain in their 1978 talk in Toronto, played a key role in the portrayal of Walt Disney’s animated characters 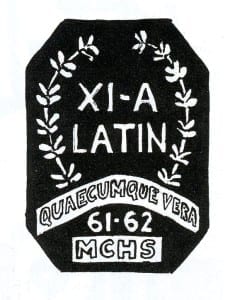 I also think of the role that Walt Disney played in the development of the theme park concept in neoliberal representations of – and, indeed, experience of – reality.

Approaching a visit to a mall as a theme park experience is one of the many options available to us. Another approach is to look at a visit from the perspective of a Jane’s Walk. Or a person can approach such a visit as a text that one reads. Or a person can approach it as a story that unfolds as one enters the scene. Many approaches are available to us, in our role as consumers, residents, and visitors.

A June 25, 2017 CBC article is entitled: “Coming soon to a mall near you: condos and office space: Redevelopment of malls means less retail, more entertainment.”

Both Cloverdale Mall (above) and Sherway Gardens are well worth a visit when you are in Toronto for the MCJHS 2015 Reunion. The two malls serve as a study in contrasts. Each seeks to frame reality, and to bring sense to everyday life, in its own characteristic manner. Jaan Pill photo

Comments regarding the MCHS 1961-62 class logos Women of Intelligence: Winning the Second World War with Air Photos (2012)
Scroll to top