The MCHS 2015 ’60s Reunion Event Committee met on Wednesday, Oct. 7, 2015 at the Boston Pizza in Kitchener where most of our meetings have been held.

Much of our organizing work for the reunion has been done online through email and social media, but a key element has been the face to face meetings in Kitchener. 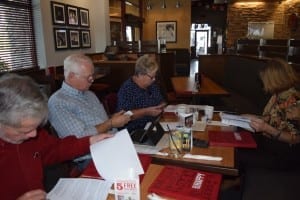 Left to right: Scott Munro, Peter Mearns, Lynn (Hennebury) Legge, and Gina (Davis) Cayer. Early at the Oct. 7, 2015 meeting, Peter and Lynn were focused on calculations related to the budget. After many calculations and comparing of notes, our budget person Lynn declared that we’re “Good to go.” Jaan Pill photo

Face to face meetings and social media conversations are all part of the same package, I would say, but the face to face aspect of things remains a key element, in arriving at good decisions, that take into account input from as many sources as possible.

Face to face conversations have a lot going for them – as Sherry Turkle outlines in a recent study entitled: Reclaiming Conversation: The Power of Talk in a Digital Age (2015). As the online reviews (see the two links in previous sentence) note, however, it may not be as clear-cut a matter as Turkle’s argument suggests. An interesting point about Turkle’s overview, as at least one reviewer has noted, is that the latter researcher’s own demographic profile influences how she sees the world. I think it’s a useful anecdotal observation that a person’s demographic profile can influence how they see things, and how they are seen by others.

Email and social media messages remind me of a script that gets written prior to the making of a movie. The script is of value – and it comes to life primarily through the enactment of it when actors act out the dialogue that’s in the script. That is, the tone of voice, the gestures, the camera angles all work together to bring the script to life. The script itself lacks features such as tone of voice and body language; it is the actor who provides these key elements of messaging. 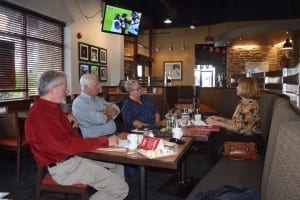 As is our standard practice, the MCHS 2015 ’60s Event Committee engaged in extensive discussions. After the agenda had been taken care of, discussion turned to a wide range of topics unrelated to the reunion. Jaan Pill photo

A text on a page of script can have some element of ambiguity about it; it takes an actor to arrive at a particular way of conveying what’s written on the page. Of course, at times the whole point of a script is to create situations, in the viewer’s mind, where there is ambiguity about the precise meaning of what a person says. But that’s another story – as is the script writing that is inherent in scams and scamming.

When we take that concept, of what a script is, and apply it to email communications and other forms of digital messaging, we have a situation where it’s easy for messages to lose their clarity. Sometimes you look at an email message, and you wonder, “What does this person mean? Is this person joking – is it a friendly message, or is it a provocation, or what is it that I am reading?” When you instead meet with the person face to face, there’s no ambiguity about what they are saying. The body language, the tone of voice, tells you what you need to know, in order to understand the intent and meaning of the words.

That’s something I’ve learned through working with emails and face to face meetings in the organizing of events. It’s a fascinating feature of how digital communications work, and in some cases do not work, in my experience.

What is true of digital texts was also true with conversations based on fax messages. My work as a volunteer began with fax machines, long distance phone calls, and face to face meetings in the 1980s. 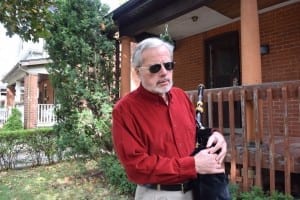 Scott Munro (MCHS ’63) will play Amazing Grace on the bagpipes prior to our Humber Dinner Buffet, which starts around 7:30 pm on Saturday, Oct. 17, 2015 at the Humber Room at Old Mill Toronto. Jaan Pill photo

The bottom line, I would say, is that there is tremendous value in face to face meetings, as a key element in getting things done as an organizing team. The idea of spending all of my time in front of a computer or smartphone screen, and never having face to face meetings, does not appeal to me. I think many people like to engage in social media messaging, along with face to face conversations, rather than just depending on the one or the other.

At the reunion, we encourage people to mix and mingle right across all of the graduation years. People will be free to sit wherever they wish, and to move around – including in the foyer and hallways outside of the Humber Room. We will not be assigning the seating according to the graduation years.

A key concept, that we have been working on for the past two years, is that the reunion is organized on the basis that there is value in speaking with a wide range of people, at a reunion, as contrasted to just sticking to conversations with the people we have known in our own graduation year. We see the spouses/guests attending the event as very much among the key players, as well, as are the D.J. and the official photographers who are helping out at the event. 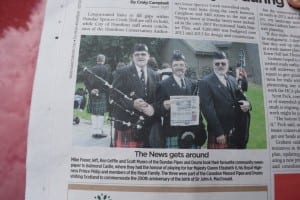 Scott Munro and colleagues from the Dundas Pipes and Drums played the bagpipes for the Queen at Balmoral Castle in Scotland during the recent commemoration of the 200th anniversary of the birth of Sir John A. MacDonald.Oct. 1, 2015 Dundas Star News photo.

Our reunion is based upon the concept that there is tremendous value in face to face meetings – in getting together in person, to mix and mingle and talk about yesterday and today.

We’re also aware that not everyone, who would like to, is able to make it to the Oct. 17 reunion. Factors such as personal health, or family health, or a wide range of obligations, that can come up at any time – that is, unforeseen circumstances – stand in the way in some cases.

As an organizing team, we will be diligent in ensuring that everybody who has an interest in the reunion – whether they are able to attend or not – will be informed about the event, after it is over, and will have the opportunity to get news updates and highlights from it.

This could be the last time 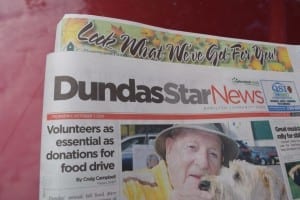 The photo of Scott Munro and colleagues appeared in the Oct. 1, 2015 issue of the Dundas Star News.

A related theme, which has been addressed in a publicity video that we put together for the Oct. 17 reunion, is that this is very likely the last time that alumni from the 1960s cohort of MCHS graduates will have the opportunity to meet together in an event of this size, in a venue of the kind that we have in place for the occasion. A corollary theme is that we will make a point of documenting the event, and sharing the documentation online.

If you as an attendee at the Oct. 17 reunion do NOT wish to have a photo or video, or an audio recording of yourself appearing online, please let Jaan Pill or another member of the organizing team know this fact at once. You can reach me at jpill@preservedstories.com or by text at 416-722-6630. You can text or phone me from anywhere. 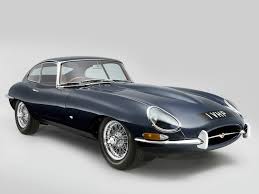 Here’s a hard top version of a Type-E Jaguar from the 1960s. Source: wallpeers.com

As well, at the reunion we we will distribute names of all attendees, but we will leave it to individuals to get contact information, for any other individual, by writing it on the back of a business card or on the Attendee List.

Each attendee will get about 60 business cards, as part of the Business Card Game at the start of the reunion, and will receive a printout of the Attendee List.

Given that we have some details to attend to, before the Oct. 17 reunion gets underway, my report about the Oct. 7 meeting will just touch on a few highlights.

We are delighted that we have a budget in place, thanks to Lynn (Hennebury) Legge, that has enabled us to balance our expenses against our expenditures. Earlier during the planning, it was touch and go – that is, we were facing a situation where expenses were going to overshadow revenue but with Lynn’s help, we were able to quickly turn the situation around. We owe thanks to Peter Mearns and Diana (McLagan) Redden for looking after the banking for the reunion. We owe thanks to Howard Hight and Diana Redden for putting together the Database and sending out the Newsletters which have played a central role in the reunion project. 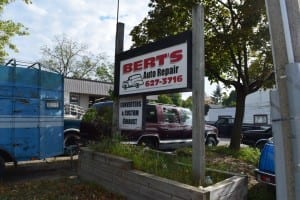 On my way home from Dundas, Ontario (a suburb of Hamilton) I stopped at Bert’s Auto Repair to check out the 1960s-era cars that are often on display. Jaan Pill photo

Soryl (Shulman) Rosenberg will be attending our Oct. 17 reunion

We are also delighted that MCHS Phys Ed teacher Soryl (Shulman) Rosenberg  will be attending the reunion. Soryl Rosenberg delighted students, who were looking out a second-floor window, when she arrived one morning in the early 1960s at the staff parking lot, behind the wheel of a new Jaguar XKE sports car, that she had received as an engagement present. Soryl Rosenberg will make a brief presentation at the reunion. We will feature an interview with her in an upcoming blog post. 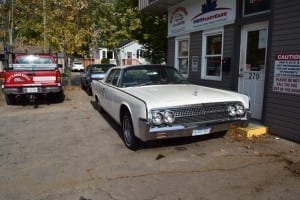 Among the cars on display at Bert’s Auto Repair when I stopped there on Oct. 7, 2015, was this Lincoln Continental, which in the 1960s was very much a high-end, prestige vehicle. Jaan Pill photo

From what I have learned from speaking with a  friend who attended another reunion, of another high school, some time back in Toronto, the chance to meet with former teachers at a reunion is a special feature of any such event.

So there is something special, no question about it, in having the opportunity for us to meet Soryl Rosenberg at the Oct. 17, 2015 MCHS ’60s Reunion at Old Mill Toronto.