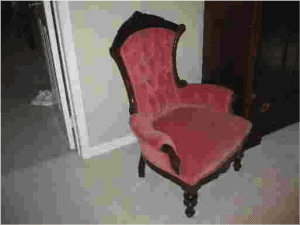 In the course of working on a longread post about the history of Long Branch, entitled History of Long Branch (Toronto) – Draft 4, I’ve come across a piece of information that I had not gotten around to posting some years ago when I first learned about it.

Chairs from Colonel Smith house are at Applewood House 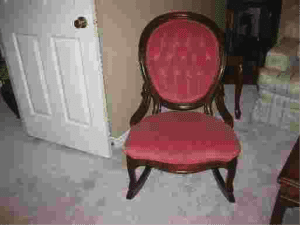 Denise Harris, chief historian of the Etobicoke Historical Society, noted in a January 2012 e-mail to Jaan Pill that she’d been contacted by Don Tuck of Stoney Creek, a descendant of James and Martha Eastwood.

Eastwood family members (surname Christopherson) continued to live in the Samuel Smith house until about 1952. The house was demolished in 1955 (please see the post referred to above, for evidence indicating the demolition was in 1955, not 1952 as has been widely, and erroneously, reported).

Don Tuck had two chairs that were purchased by the Eastwoods when the Eastwoods originally bought the house, and which remained in the home until the Christphersons moved out. He wanted to donate them to a museum where they would be on display. Denise Harris put him in touch with Applewood, or Shaver House, as it’s commonly known, and they now own the chairs. The address for the Shaver House is 450 The West Mall – 416-622-4124.

The longread article that I refer to is accessible at the landing page at the Preserved Stories website. I will be updating the draft from time to time.

Some background about the longread article, referred to above, is available at this previous post:

Message of thanks from David Juliusson, to Councillor Mark Grimes for the councillor’s... Update and May 9, 2016 meeting invite from Brian Liberty of the Long Branch...
Scroll to top